Six of Albania's players were born in Switzerland, while a huge section of the latter's squad has links to the nation, making Saturday's encounter between them a tense one

When it comes to multiculturalism, Switzerland leads the way. The small European republic has a large immigrant population from all around the world and that is heavily reflected in their national football team.

With the likes of Johan Djourou, Denis Zakaria, Gelson Fernandes and Breel Embolo in the squad for Euro 2016, a significant proportion of it is made up of players with strong links to Africa, while Turkey is also represented through Eren Derdiyok, as is Bosnia with Haris Seferovic’s presence.

However, the strongest links to another nation evident in Vladimir Petkovic’s side are those to Albania.

Saturday’s game between the two nations will have some extra significance for the likes of Xherdan Shaqiri, Granit Xhaka, Admir Mehmedi, Shani Tarashaj, Blerim Dzemaili and Valon Behrami in the Switzerland team, as all six are of Albanian heritage. 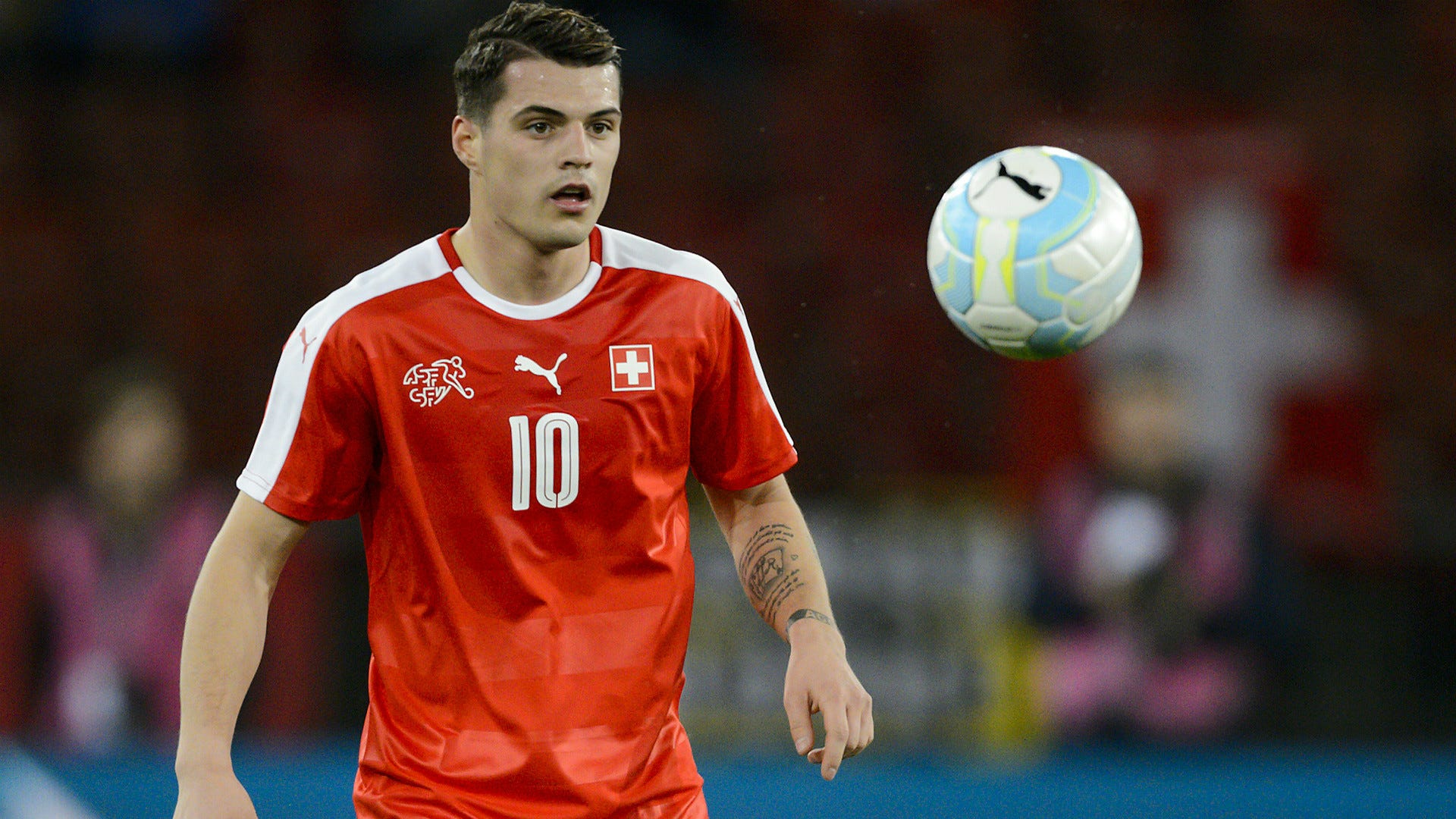 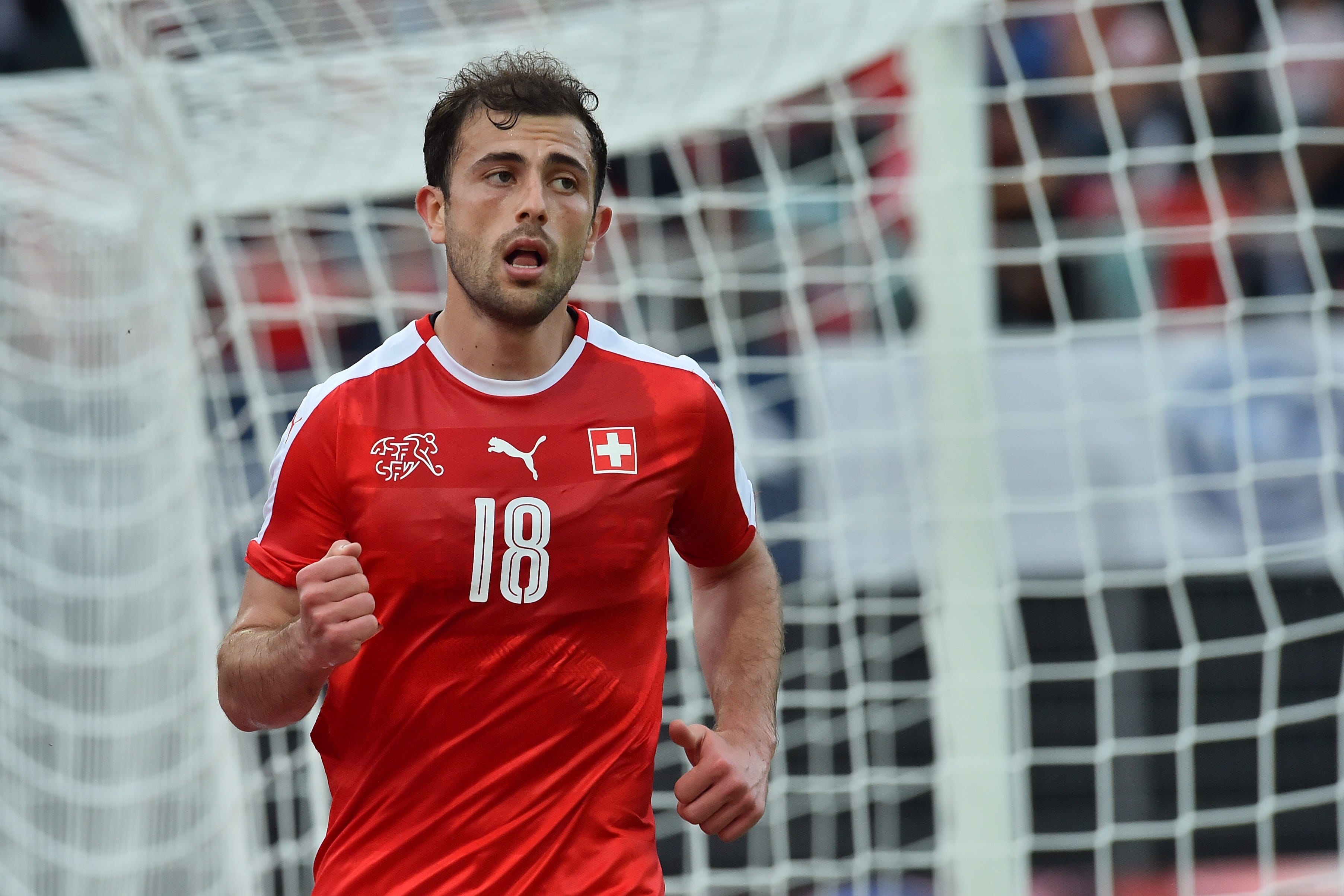 Indeed, Granit Xhaka, born in Basel to Kosovo Albanian parents, represents Switzerland, while his brother Taulant featured for the country all the way through the youth squads before opting to play for Albania at senior level.

However, the Arsenal newboy says he feels “completely Albanian”, despite being labelled a traitor by the nation’s fans and admitted that he “experienced many emotions” and “did not know what to do or how to act” as he lined up against them. “It will be tough not only against Taulant but also against Albania,” he said last year. “We played Albania a couple of years ago and it was really difficult. It will be tougher now that my brother has joined the Red & Blacks.”

In a 2014 World Cup qualifier against his birth nation Albania, Shaqiri refused to sing the Swiss national anthem, did not celebrate when he scored and wore boots with three flags on them – Kosovo, Albania and Switzerland. The meeting on the big stage in France will be an intense one, but that he scored against Albania in each World Cup qualifying clash shows just how professional he remains on the field.

"I was born in Kosovo, my parents are from Kosovo but I [grew up] in Switzerland," he told CNN.

"I live the Swiss mentality but the Kosovo mentality too because when I go home, I speak Albanian. I live both mentalities so for me, it's not a big difference.”

Dzemaili and Mehmedi, meanwhile, were both born in what is now Macedonia, but are of Albanian descent and emigrated to Switzerland during childhood. Behrami, too, was born in the former Yugoslavia and moved to Switzerland as a child along with his family.

With so many players connected to the opposing nation, Saturday's game at Stade Bollaert-Delelis will be a strange one for many involved. The Swiss' Albanian contingent may feel somewhat guilty about trying to sour the small country's maiden game in an international tournament as they look for three points, while many of the Red and Blacks stars are looking for victory against the country in which they were born.

For the likes of the Xhaka brothers and Shaqiri, it will be a tense, emotional affair for sure.