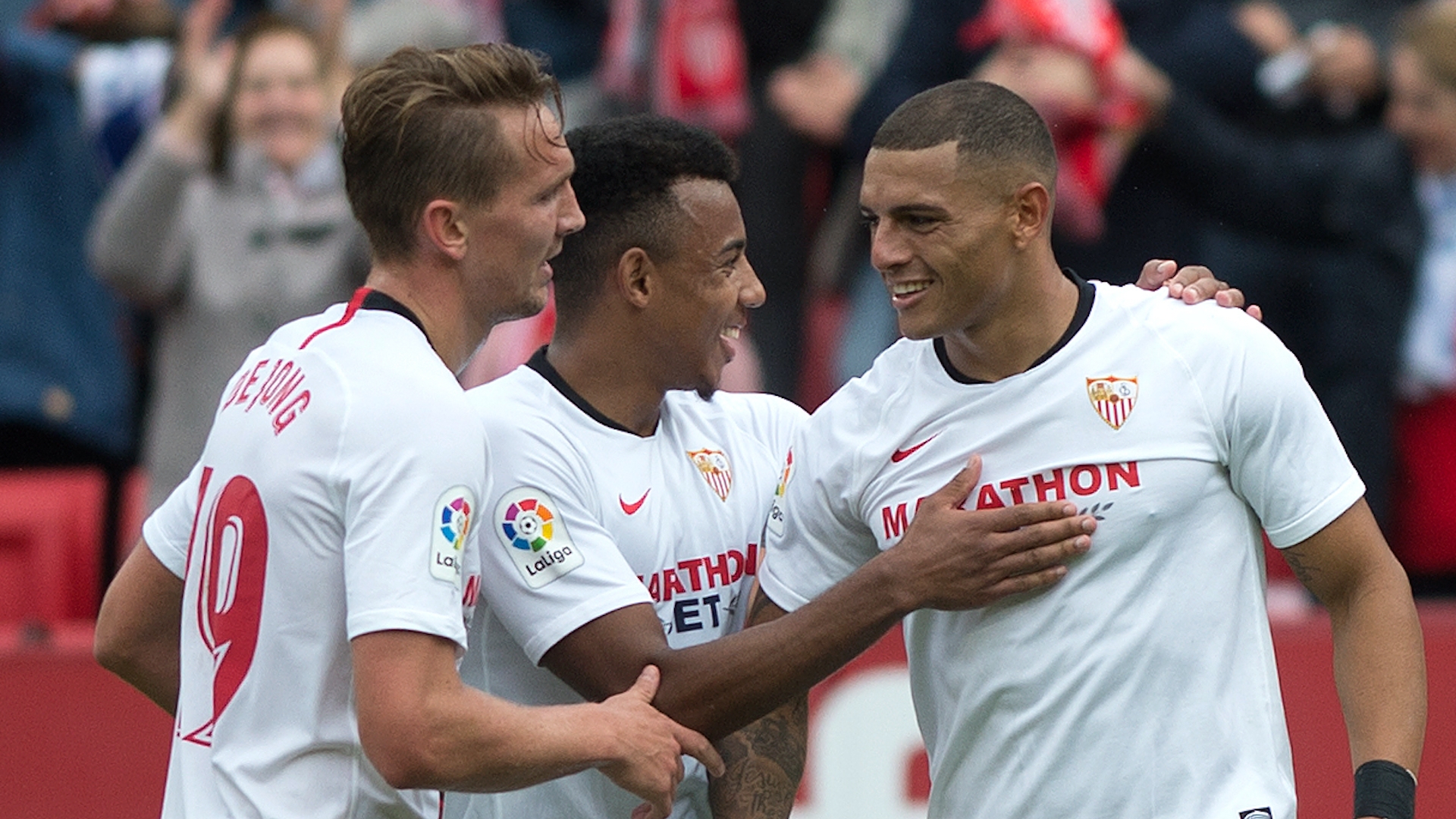 Sevilla centre-back Diego Carlos has responded to ongoing speculation linking him with a summer move to Barcelona, outlining his intention to make a final decision on his future at a later date.

Carlos has established himself as one of the most consistent performers in La Liga since joining Sevilla from Nantes in May 2019.

The 27-year-old has featured in 31 matches for Julen Lopetegui's side this season, helping them rise to third in the Liga standings.

The Brazilian's outstanding performances have not gone unnoticed, with Liverpool, Real Madrid and Barcelona among those credited with an interest in his services ahead of the summer transfer window.

Carlos is contracted to Sevilla until 2024, but reportedly has a £65 million ($81m) buy-out clause included in his current deal.

With the 2019-20 campaign postponed indefinitely due to coronavirus, it is not yet known when the transfer market will reopen, and the financial impact of the crisis on clubs across Europe could make it more difficult for any business to be conducted later in the year.

However, Carlos hasn't completely ruled out a potential move to Barcelona, telling Onda Cero when quizzed on Camp Nou rumours: "I don't know if Barcelona wants me. There is a lot of news that comes out and that we see, but I don't know.

"What I think about is to finish the league as good as possible and I leave that for later.

"They are very serious things for me and these situations must be left for later. I am focused exclusively on playing and finishing the season with Sevilla as good as possible."

It has been suggested that the Liga season could be voided completely if the fight against Covid-19 continues through the summer, with Spain still in a state of emergency as government officials bid to contain the spread of the virus.

Sevilla would miss out on a place in the Champions League in that case, but UEFA is still hopeful that all schedules can be completed by August at the earliest, after pushing back the European Championship to ease pressure on the club football calendar.

Pressed on whether Sevilla should be handed a place at Europe's top table if it is unsafe for football to resume, Carlos replied: "It is a very complicated situation and we do not decide.

"If the Federation says so, it is only fair because we were third, with more points. The table has been like that for a while and, if La Liga ends now, we must keep that reward."