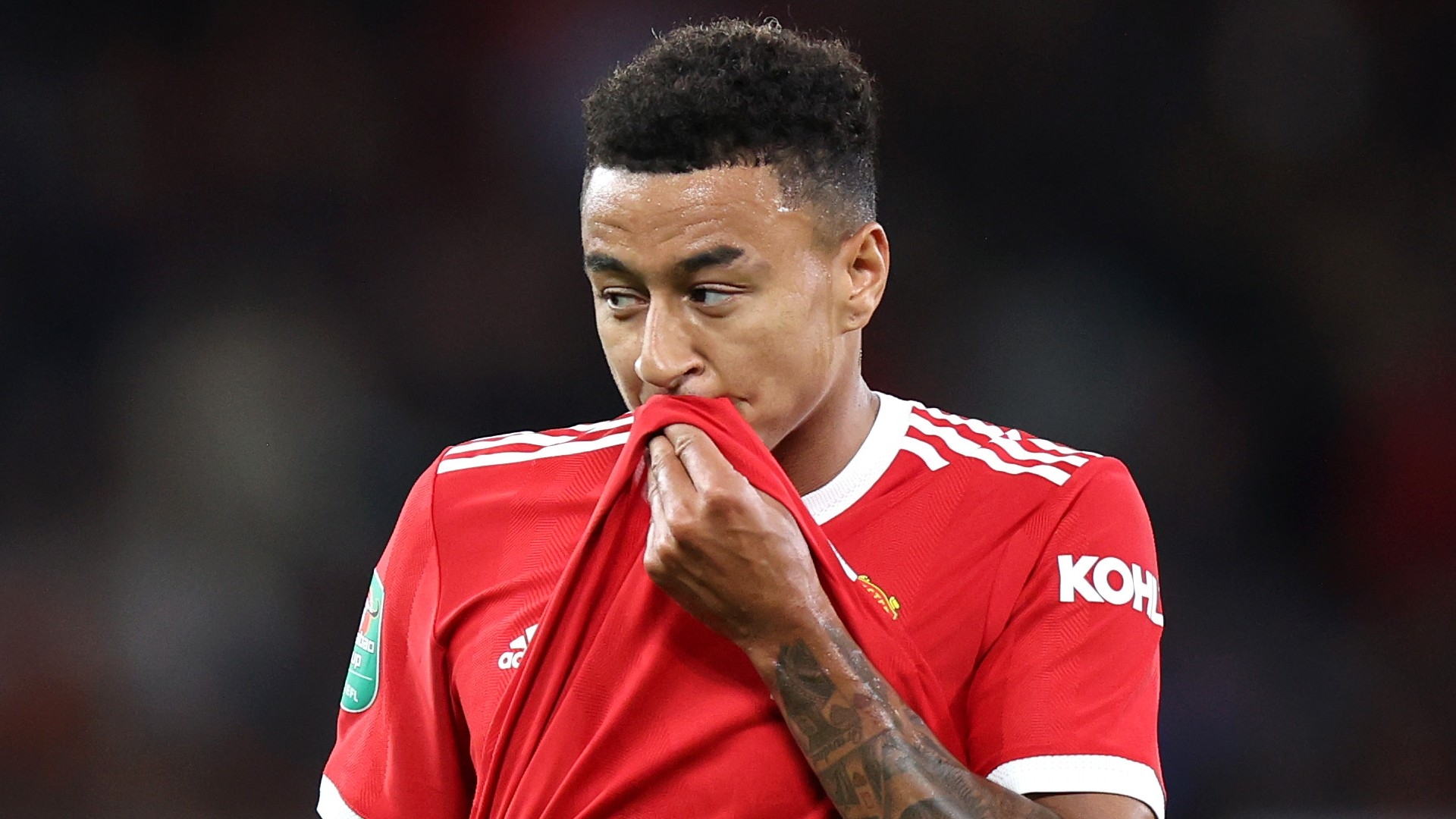 The England international spent the second half of last season on loan with the Hammers, but is now back with his parent club at Old Trafford

Jesse Lingard has been told that he acts differently as a Manchester United player to how he did when on loan at West Ham, with Mark Noble joking that the England international was "diving" and "screaming" during a Carabao Cup tie on Wednesday.

The talented 28-year-old playmaker has been absorbed back into the fold at Old Trafford after rediscovering his spark at the London Stadium during the second half of the 2020-21 campaign.

Lingard hit a dramatic winner against the Hammers during his last Premier League outing, but was unable to replicate those heroics in domestic cup action as David Moyes' men claimed a 1-0 win in Manchester.

Lingard did his best to get United going in that contest, with one penalty appeal waved away in the first half, but Noble claims his former team-mate was more theatrical in midweek than he ever was in the capital.

The Hammers captain, who made the challenge on Lingard that led to him taking a tumble inside the box, told Sky Sports: "That’s football, he dived and I told him off for screaming, funnily enough he didn’t really do it at our place but he does it here!"

Noble added on a player that he rates highly: "We had a laugh on the pitch today, I love Jesse. He’s a great character and I’m so pleased he’s come here and getting his chance.

"He’s scored some fantastic goals, obviously the one against us was hurtful, he’s a great lad and he deserves everything he gets."

What was Lingard's record at West Ham?

Having found competitive game time hard to come by with his parent club, Lingard was allowed to link up with West Ham in January.

He hit the ground running in new surroundings, netting twice on his debut, and registered nine goals in total through 16 appearances.

Those efforts were enough to earn an England recall, but he missed out on a place in Gareth Southgate's final squad for Euro 2020.

A decision was taken not to push for a permanent move elsewhere over the summer, when entering the final year of his contract at Old Trafford, and Ole Gunnar Solskjaer has handed Lingard five outings this season across Premier League, Champions League and Carabao Cup competition.