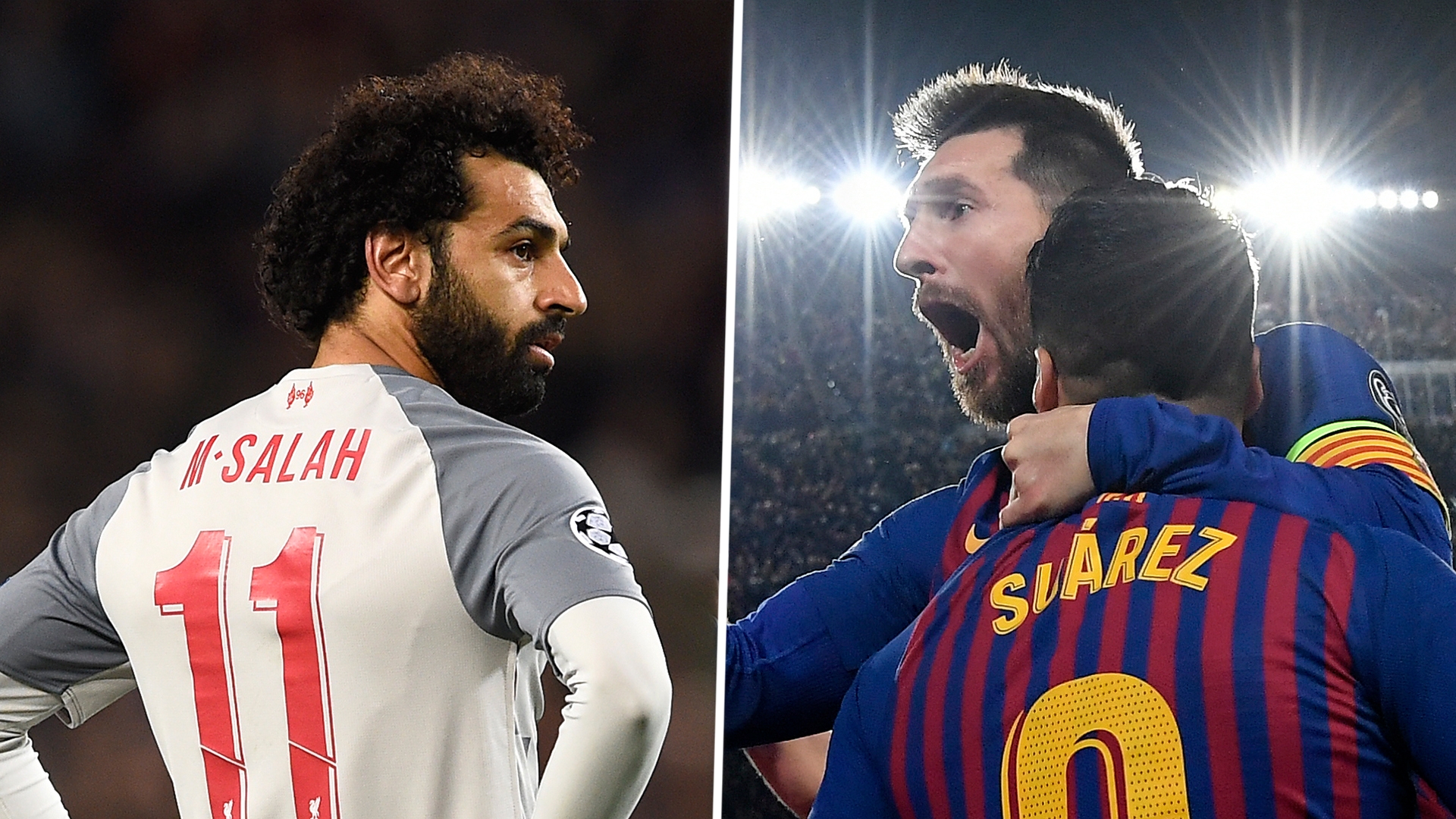 The Egyptian was stretchered off the pitch in the second half of a 3-2 victory over Newcastle for the Reds on Saturday, after suffering a concussion .

He now joins Roberto Firmino on the sidelines ahead of a crucial showdown with the Spanish champions at Anfield, as Klopp confirmed on Monday.

"Precaution? No, it's a concussion, which means he is not allowed to play. He feels OK, but it is not good enough from a medical point of view."

Barcelona, buffered by a three-goal lead after the first leg, tweeted: "Games like these are for world-class players. Get well soon!"

The 26-year-old scored his 22nd Premier League goal of the season against the Magpies, helping Liverpool secure an eighth consecutive domestic victory.

He is now on course to win the Golden Boot for the second successive year, and Klopp revealed he will return in time to face Wolves on the final day.

However, Liverpool will now have to cope without two of their main attackers against Barcelona, with Xherdan Shaqiri likely to be drafted in following his impressive cameo at St James' Park.

Georgino Wijnaldum played up front in Firmino's absence at Camp Nou last week and he could be asked to fill the same role again, but Daniel Sturridge is also an option for Klopp.

The Reds are facing a daunting 3-0 deficit after the first leg , with a Luis Suarez goal and a Lionel Messi double earning the home side a comprehensive win in Spain.

Klopp acknowledges the size of the task facing his side but is hopeful the Anfield crowd can make a huge difference on the night.

"I'd imagine this place will be rocking," he added. "We not only have to score, but we also have to deny Barcelona from scoring.

"We know how big the challenge is. We will try 100 per cent.

"Two of the world's best strikers are not available and we have to score four goals against Barcelona.

"That doesn't make life easy, but we will try. If we can't do it, let's fail in the most beautiful way."