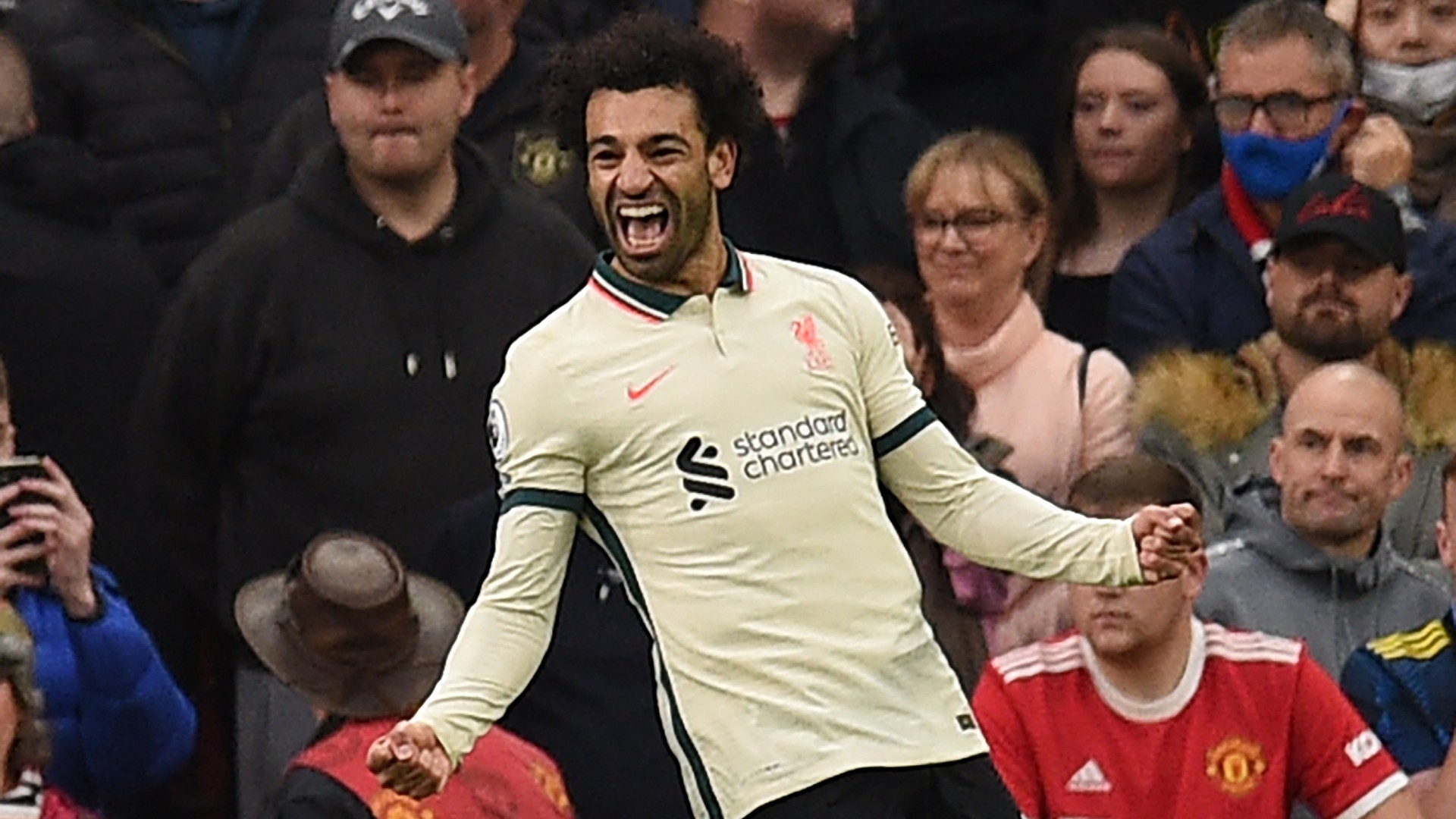 The Egypt international scored three goals against Manchester United in the 5-0 battering at Old Trafford on Sunday.

Salah now has 107 goals to his name in the English top flight, taking him above Chelsea great Drogba, who scored 104.

How many games has Salah played?

Salah has reached the milestone in just 167 Premier League matches.

Two of the goals were scored during his time at Chelsea and he has now struck 105 in 154 matches for Liverpool.

Sadio Mane is also high up the charts of African scorers in the Premier League, having netted 100 goals.

Salah made further Liverpool history with his first goal of the game against Ole Gunnar Solskjaer's side.

He is the first ever Reds player to score in three consecutive matches at Old Trafford, and has now scored in 10 straight appearances in all competitions.

Additionally, Salah has become the first player in more than 18 years to score a treble for an away team at Old Trafford, matching Ronaldo's feat for Real Madrid in 2003.

3 – Mohamed Salah is the first away player to score a hat-trick at Old Trafford for over 18 years, since Ronaldo did so for Real Madrid back in April 2003 in the Champions League. Ballon. pic.twitter.com/E9kOIRThgF

The 29-year-old is on a hot streak this season, having scored 15 times in 12 matches in all competitions this season.

What did Salah say?

The Reds attacker was delighted with his side's performance and the tree points, telling Sky Sports: "I think it is great to win 5-0 here, we knew before the game it would be tough if we did not play our game.

"We knew they will come and try to give everything so we had to give 100%.We just tried to play our football and play in between the lines to create more chances. We did that and were lucky to score.

"As long as the team keep winning I am happy and to give my best to the team to win. The first goal I gave to Naby Keita to score.

"We know what it takes to win the Premier League, we did it two years ago. A big win here but still only three points.

"We try to win each game and try to win the title. We need to play to win everything. From our heads from pre-season, we need to win the Premier League and hopefully we go for that.

"After half-time we were talking in the dressing room to just keep going and score as many as we could."