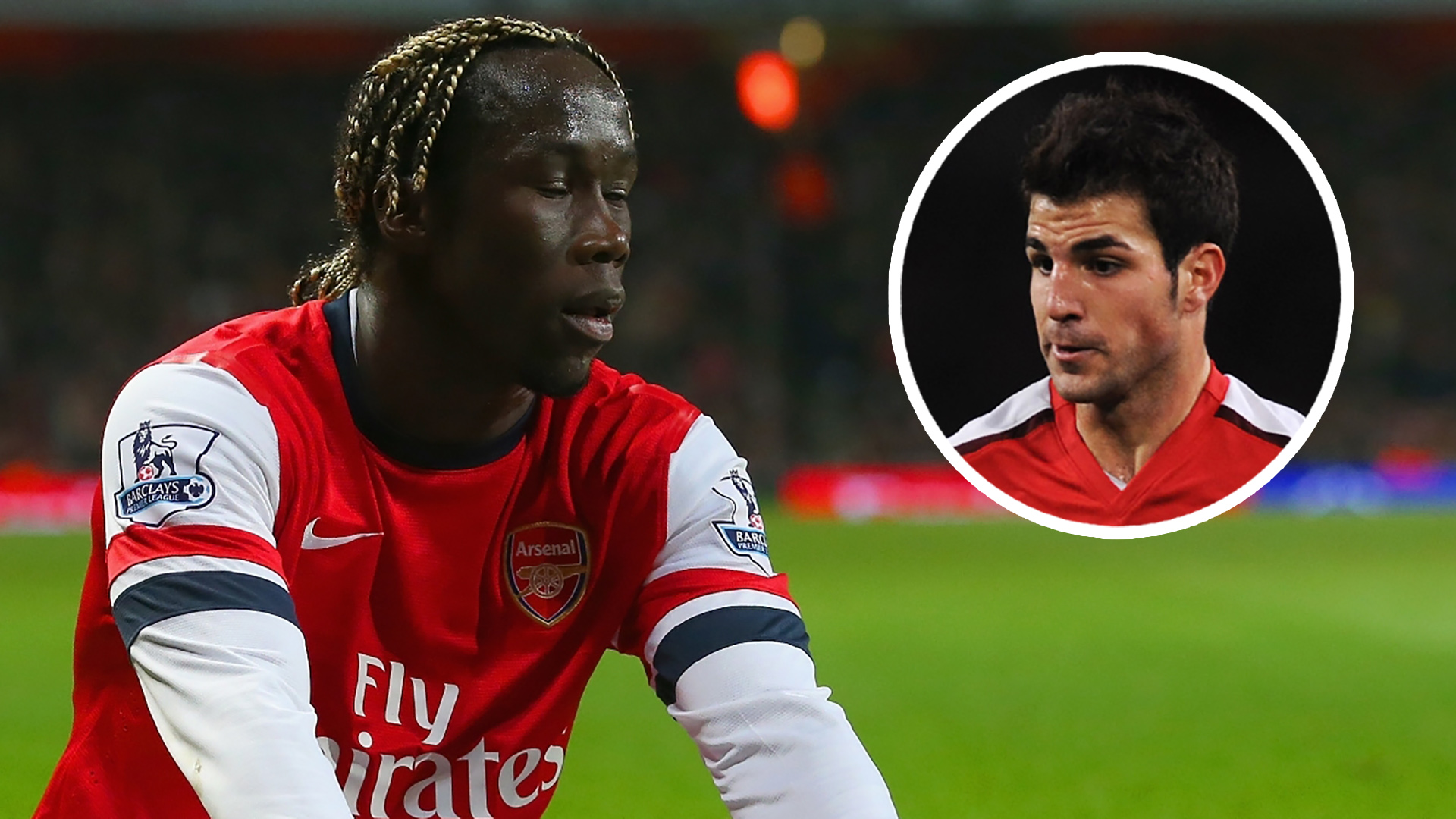 Bacary Sagna has hit back at Cesc Fabregas after his comments about Robin van Persie and Samir Nasri being the only two players on his level during his latter years at Arsenal.

During an appearance on the Arsecast podcast , Fabregas spoke at length about his time in north London and his reasons for leaving for Barcelona in 2011.

The Spaniard questioned the mentality of some of his former team-mates and admitted he felt that only Van Persie and Nasri were on the same wavelength as him, both in terms of their technique and their mentality.

"I was the captain, I always felt so much pressure on myself,” said Fabregas, who is now playing his football with Monaco. “I had to lead this team to win something. I gave everything.

"And then you lose a game, you’re in the bus like this, destroyed, and then you hear some players laughing, thinking about where they will be going out later.

"This was going on for a few years. Yeah, we were playing beautiful football and I enjoyed that side of things.

"But I was putting pressure on myself to lead, to do everything, and at one point I felt kind of lonely.

"Especially in the last two or three years, I felt Robin and Samir were the only players who were at my level mentally and technically.

"It’s not an arrogant thing to say, it’s how I felt at that time."

But those comments have not gone down well with Sagna, Arsenal’s former right-back who was a team-mate of Fabregas from 2007 until 2011, when the midfielder forced through his move to Barcelona.

Speaking exclusively to Goal , the France international - who was named in the Premier League team of the year in 2008 and 2011 - admitted he had been left surprised by Fabregas’ views.

And Sagna believes his former captain should have focused on some of his own limitations before questioning others.

“I was surprised to read this,” said the 37-year-old. “From him I was surprised because he was supposed to be one of the leaders of the team, he was one of the great prospects and as a leader and a true player, you don’t speak like that about your club.

“So I was surprised because he is a nice guy, he’s still a nice guy, this doesn’t change anything. But I was kind of surprised.

“Arsenal made him so saying that some players were not at his level was a bit harsh because I’m not sure out of all the seasons he was playing at the club, he was always an exemplary player.

“At that time the press was talking about him not running enough or tracking back. So other players could have said ‘you should be running more or doing more’.

“If you look at Liverpool today, all of them are running. This is a team. And maybe, because we didn’t have the right spirit at that time we didn’t make this little extra push, or make that little extra run to track players, maybe this is the reason we didn’t win.”

Sagna added: “Obviously in the team, we all have different levels. Some will be good physically, others will be good technically, but this is not a reason to speak in that way about other players.

“I don’t agree with that statement. It’s his opinion and he’s right to have an opinion, but we all have good moments and bad moments in our career and I’m not sure he always had great moments with Arsenal.

“Yes, he is a great player, he has amazing quality, but maybe some people were expecting more from him.”