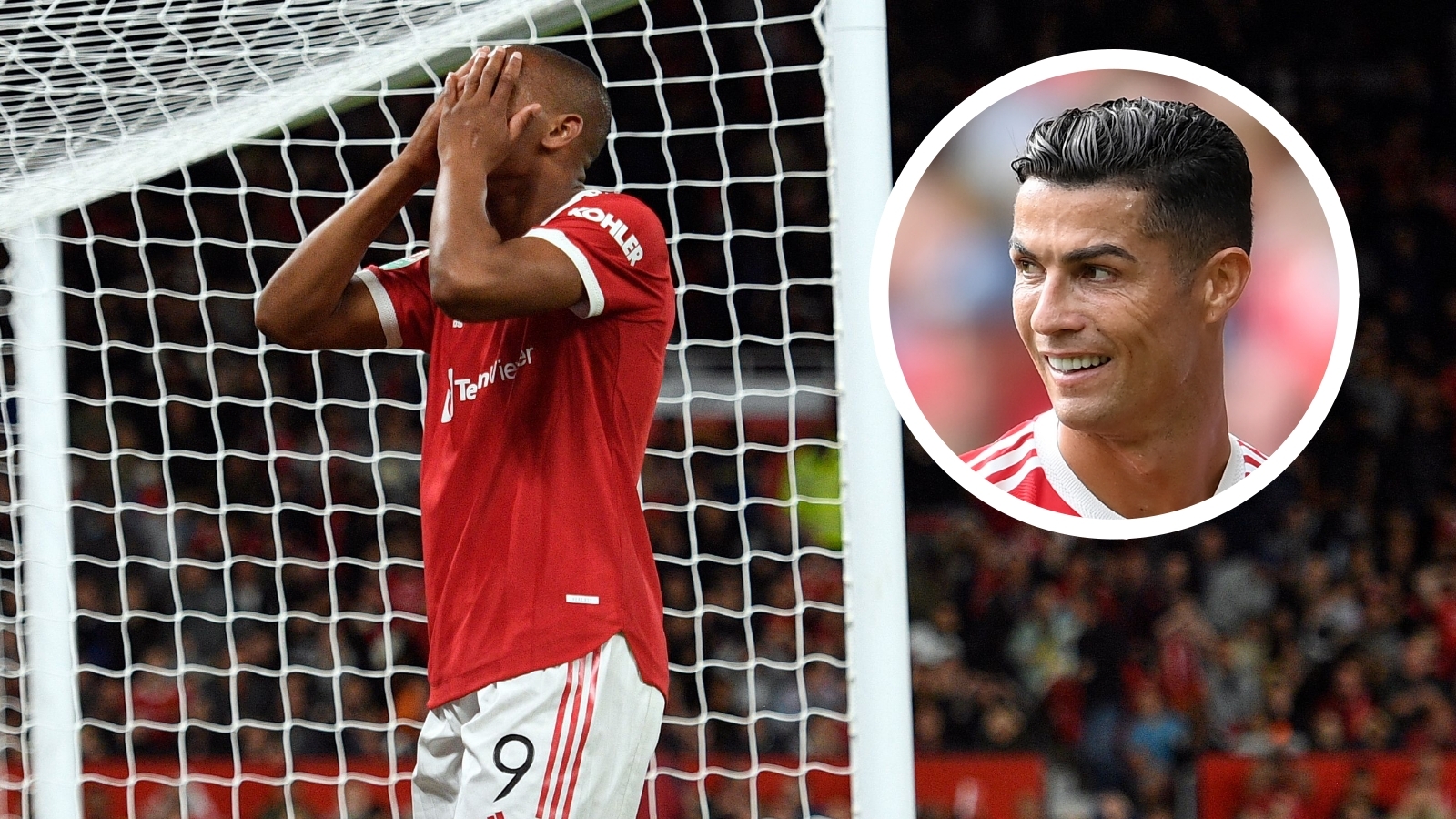 Ole Gunnar Solskjaer knows he can’t play Cristiano Ronaldo in every game this season but after Manchester United were dumped out of the Carabao Cup by West Ham, the manager might have regretted giving the Portugal international the night off.

“He’s come in and made a difference already," Solskjaer had told Sky Sports before the third-round clash at Old Trafford. "It’s going to be a long season and he wants to play as much as possible, but every match is not possible."

Still, if you’re a betting person, you would have put money on Ronaldo converting at least one of United’s 27 shots against West Ham. And, in the end, United paid a heavy price for his absence, with Manuel Lazini's early strike deciding the game in the visitors' favour.

As is so often the case in the League Cup, this was a game for squad players to stake a claim for a starting spot by making the most of some much-needed game time.

Ronaldo was left out of the squad completely as Solskjaer made 11 changes. Donny van de Beek was given his second start of the season, Dean Henderson was back after recovering from Covid-19, while Anthony Martial was picked up front for the first time since Ronaldo's return.

Jesse Lingard and Jadon Sancho made up a front three that occasionally caused problems for the West Ham back-line with individual bursts but, as a unit, they failed to click.

The shots and the chances kept coming but the forwards were not clinical or ruthless enough in the final third, meaning they’ll be lucky to get near the starting line-up for Saturday's Premier League clash with Aston Villa.

This was Martial’s first start since the opening game of the season and it was another performance which reiterated the fact he is simply not a natural No.9.

He spent the majority of the first half drifting out to the left wing, resulting in United lacking a target whenever they managed to get the ball into the box. After the break, meanwhile, Martial didn’t provide the necessary movement to create space or chances for his team-mates.

The Frenchman had one shot on target and a shot accuracy of 33 per cent. So, if he was looking to make a strong case for regular starts, then he missed the mark. Indeed, while there is talk of a Martial rival every season, there has been once again little to suggest that this will be the one when it finally happens.

“I don’t think it’s right to go into individual performances,” Solskjaer said when pressed on Martial’s performance. “Anthony was the same as the rest of the team in that he played some nice football but lacked some of that cutting edge. He knows what we want from him, though. If he keeps on working, he’ll get his chances."

Solskjaer is not going to publicly throw his player under the bus but it is hard to imagine how he will become a regular fixture in the starting XI, especially when Ronaldo has all of the traits that Martial appears to lack.

How many more chances is he going to get to prove himself when there are superior alternatives in the squad? Sources may have denied reports the attacker could have been sold during the summer but every player has a price and it would not be a surprise if he is offloaded next year, given he has only fallen further down the pecking order following Ronaldo's arrival.

You could argue that it is hard for players with a lack of minutes to gel and find rhythm but a centre forward on the top of his game would have found a way to influence this clash.

Of course, Martial wasn't the only attacker to underwhelm. Sancho also failed to shine.

The latter obviously needs time to bed in but it was another frustrating night for the England winger. Sancho was, at least, brighter than Martial but as he went searching for that first goal in a United shirt, he struggled again, with a couple of blocked shots the closest he came to scoring.

However, it must be said that it remains surprising that a player brought in to enhance United’s right flank has spent so little time in his preferred position. Even when Mason Greenwood came off the bench, giving Solskjaer an opportunity to change his front-line formation, Sancho remained rooted to the left.

Greenwood was the one attacker who managed to add a bit of a spark to United's attacking play.

The versatile attacker very nearly scored with his first touch and it was telling that, in the half an hour he was on the pitch, he created three chances – no other United player managed more.

You could see why he has been promoted from being a regular in this second-string competition to being one of the senior players trusted to come off the bench and win the game.

The final result was clearly bad. United had only been eliminated in the third round twice in the past 16 seasons, while West Ham had not won at Old Trafford since Carlos Tevez scored a famous winner here in 2007.

Solskjaer is also desperate for his first piece of managerial silverware at the club and would have undoubtedly welcomed a League Cup win, meaning the majority of those that started will know that their hopes of seeing more game time in the coming weeks have taken a major hit.

United had reached the semi-finals in each of the past two seasons, but now they’re out at the first time of asking. The pressure to deliver in at least one of United's three other tournaments is only going to mount.

With no easy games in the Champions League, and no margin for error in the Premier League, it could be a long winter for many of United's fringe players, as they could now be frozen out until the FA Cup third round rolls around in January.