Andrea Pirlo's team are painfully dependent upon their Portuguese superstar, but one of their summer signings is starting to lighten Ronaldo's load

Federico Chiesa admired Cristiano Ronaldo long before he joined him at Juventus.

Back in 2017, when Chiesa was still at Fiorentina, and Ronaldo had just drawn level with Lionel Messi's then-record haul of five Ballons d'Or, the Italy international discussed his drive in an interview with Undici magazine.

"Working hard in training has really paid off," he explained. "It's the push that got me to Serie A and now has me trying to improve week by week.

"It’s the same attitude as Cristiano Ronaldo. He doesn’t have the talent of Messi, but has won the same number of Ballon d’Or trophies.

"An exemplary professional like him proves if you want to reach the top and stay there, focusing on every tiny detail is crucial."

It is why Chiesa has always spent hours studying his opponents before each and every game.

His attitude may have been called into question towards the tail end of his time at Fiorentina, with some accusing him of arrogance, but there has never been any doubt over his desire and determination to reach the very pinnacle of his profession.

Chiesa may soon be renowned for sharing another of Ronaldo's many attributes: that priceless propensity for rising to the occasion.

There is arguably no greater big-game player in the world than the prolific Portuguese. He is also revered for his remarkable power and strength.

Even he, however, cannot carry a team on his own, and it was clear before last week's crucial clash with Serie A leaders AC Milan that Juventus were crying out for someone to take the weight off Ronaldo's shoulders. 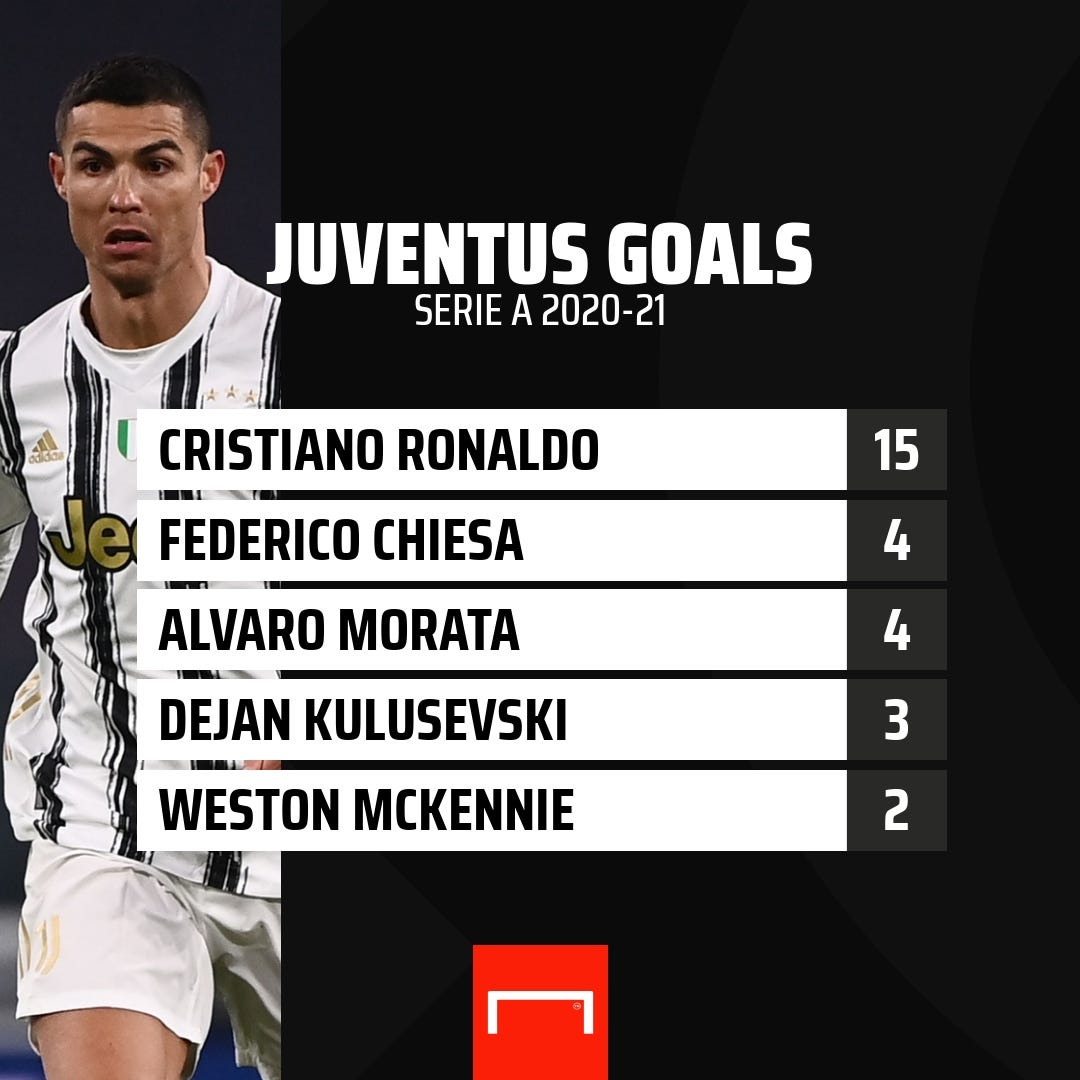 Milan may have been hit hard by injuries and Covid-19 withdrawals, particularly in midfield, while the game at San Siro also came fractionally too soon for talismanic forward Zlatan Ibrahimovic.

However, the Rossoneri were bolstered by the return of Theo Hernandez, the best left-back in Serie A this season, at least in theory.

Milan's best player of the current campaign was made to look like their weakest link, with Chiesa tearing Theo to shreds.

The 23-year-old winger was forced off after 63 minutes with a minor problem but, by that stage, had scored twice and underlined exactly why he has previously been compared to Gareth Bale.

For the game's opening goal, Chiesa left Theo trailing in his wake as he played a delightful one-two with Paulo Dybala before firing right-footed shot past Gigio Donnarumma.

His second strike was the picture of precision, with Chiesa cutting inside Milan's by-now beleaguered left-back before coolly beating Donnarumma again, this time with a measured shot with his left foot from the edge of the area into the bottom corner.

Dejan Kulusevski then came off the bench to tee up Weston McKennie to make it 3-1 and put the result beyond all doubt, which only underlined just how well Chiesa is performing right now.

Kulusevski is a fantastic talent and destined to become a great player – yet it is Chiesa who is getting more starts and game time right now. Few would have predicted such a scenario unfolding at the start of the season. 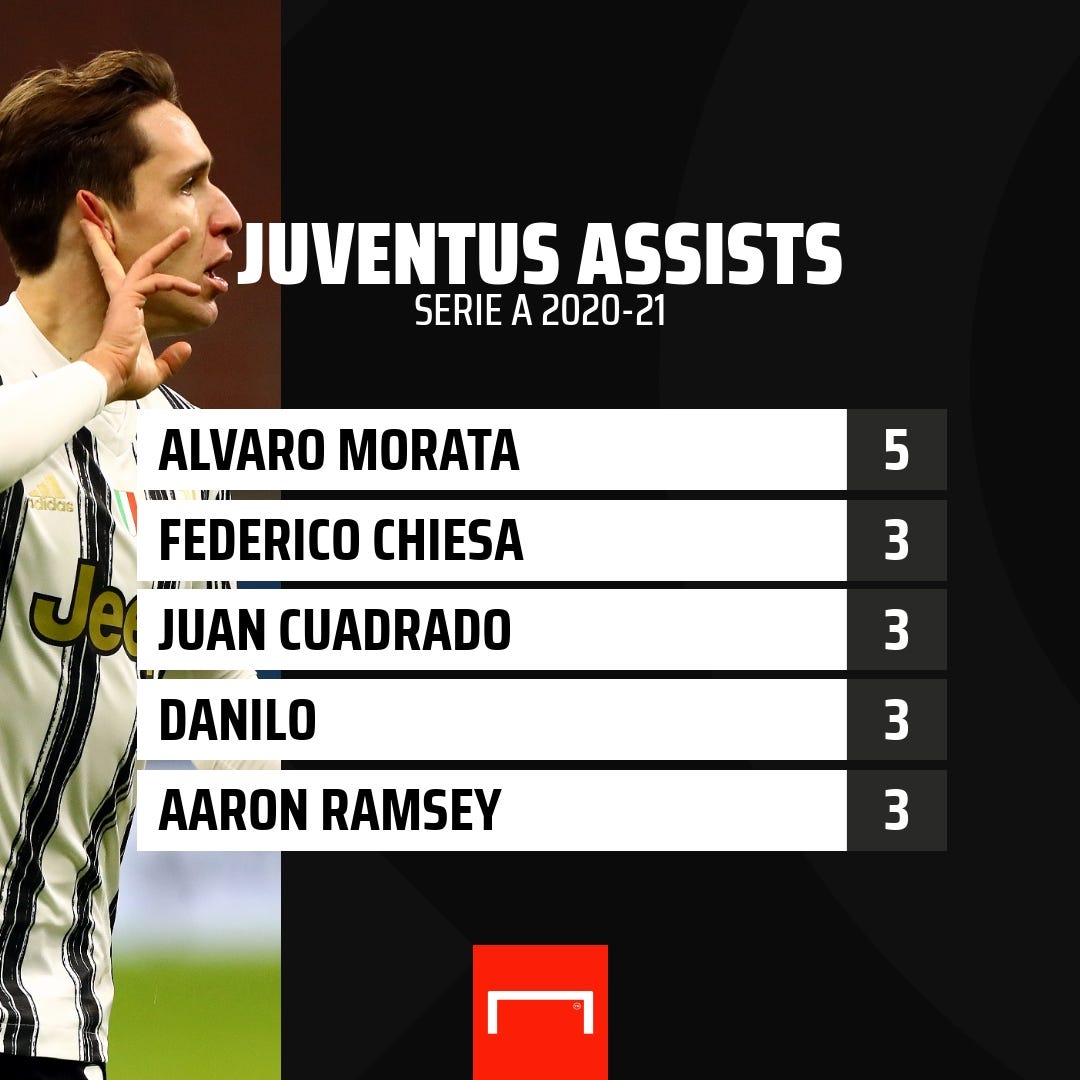 Many pundits openly questioned Juve's decision to take Chiesa on a two-year loan worth €10 million (£9m/$12m) that will become a permanent transfer in 2022 for an additional €40m (£36m/$47m) and a potential €10m in variables. There was a legitimate concern over where he would fit in.

"It's not right that someone who was fighting relegation should cost €50-60m," Claudio Marchisio told the Gazzetta dello Sport.

However, the former Bianconeri midfielder added, "He needs to find the right position on the field, but in my view, he will explode and become a star."

And that view was shared by anyone who had watched Chiesa rip Spain asunder during the 2019 European Under-21s Championships.

Nobody leaving Stadio Renato Dall'Ara in Bologna that night had any doubt over Chiesa's status as one of the best young players in the world.

He tormented La Rojita with his pace and dribbling skills, and proved that he also had an end product.

The only concern then, just as it was when he arrived in Turin last summer, was whether his versatility might ultimately stunt his development into a top player.

Most neutral observers were horrified by former Fiorentina coach Beppe Iachini's decision to deploy him at right-wing-back in a 3-5-2 formation last season.

And yet that is where Pirlo put him against Milan, in order to curb the attacking threat posed by Theo. 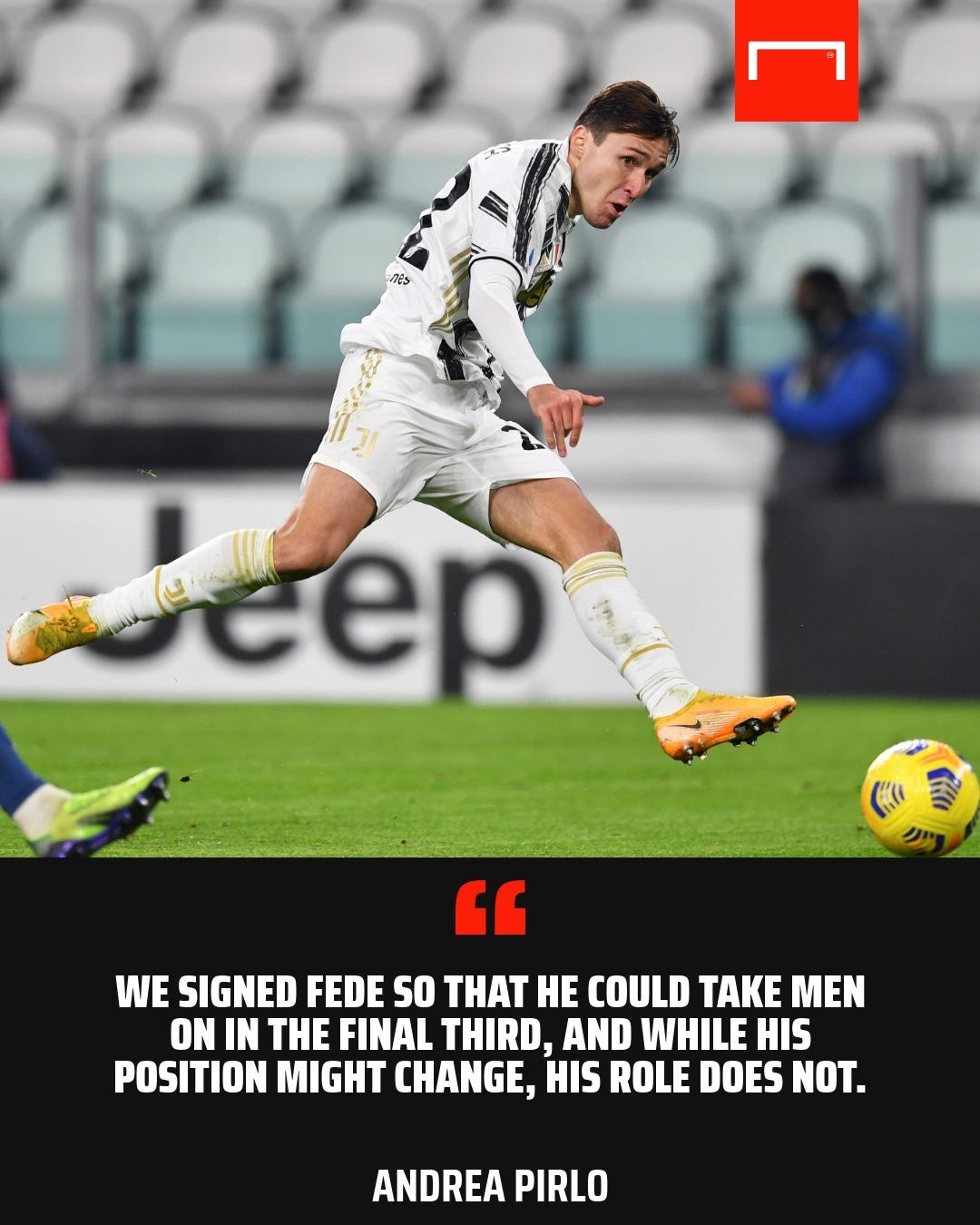 “The idea was to keep him under pressure and not allow him to keep pushing forward as freely as he usually does, especially when he had to deal with a player like Chiesa, who is also good in one-on-one situations," the Juve coach told reporters afterwards.

“We signed Fede so that he could take men on in the final third, and while his position might change, his role does not."

And that is crucial.

Juve had a long-standing interest in Chiesa, dating back to Beppe Marotta's time in Turin, which explains why the latter's new employers, Inter, were also in the race to sign the former Viola star last summer.

However, when Inter and Juve meet on Sunday in a vital Serie A clash at San Siro, Chiesa will be lining out by for the visitors because of the Bianconeri's greater determination to get their man, with chief football officer Fabio Paratici having also been encouraged in his pursuit by Pirlo, who wants players capable of regularly changing positions with his fluid formation.

Chiesa's versatility is, thus, proving a help rather than a hindrance. He still does not have a fixed position but he clearly has a key role to play in Juve's campaign.

He showed at San Siro that he can be a match-winner, just like his idol, Ronaldo.

Indeed, over the past year alone, for both Fiorentina and Juventus, he has scored twice against both Atalanta and AC Milan, and registered one goal apiece against Napoli and Inter. He is becoming the big-game player he always had the potential to be.

And who knows, if he can maintain this rich run of form against Italy’s top teams, Chiesa could end up helping Ronaldo draw level with Messi once again in that ongoing Ballon d'Or battle.