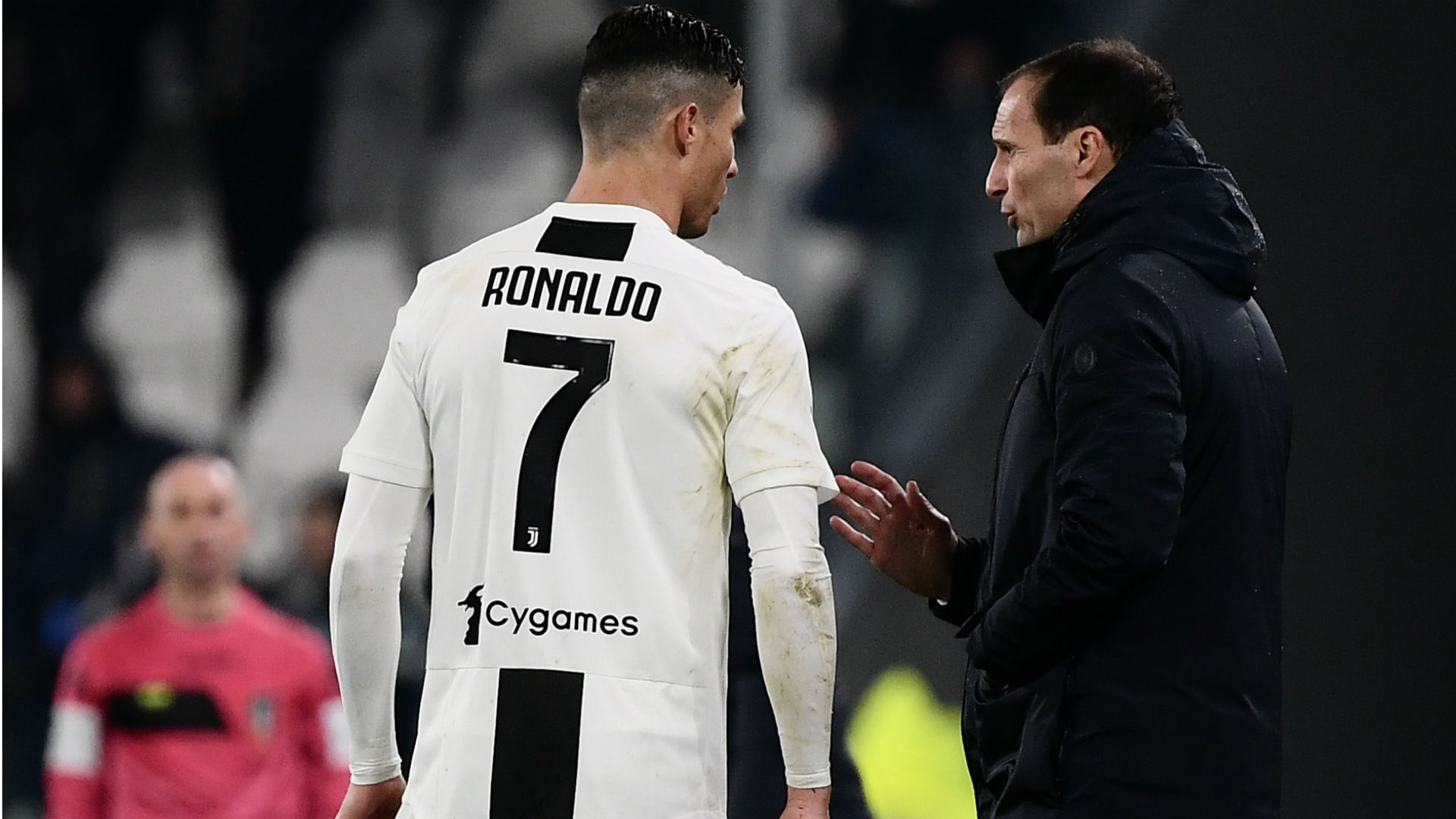 The Bianconeri boss has decided to leave the Portuguese star out of the trip to SPAL in Serie A on Saturday, with one eye on next week's European tie

Juventus manager Massimiliano Allegri will rest Cristiano Ronaldo this weekend with a Champions League quarter-final second leg against Ajax on the horizon next Tuesday.

The five-time Ballon d'Or winner returned to action in Europe on Wednesday, after a spell on the sidelines with a muscular injury picked up while on international duty with Portugal.

The 34-year-old showed no signs of rustiness though, as he grabbed Juve's goal in a 1- draw at the Johan Cruyff Arena which has left the tie delicately poised.

Allegri's main goal this season is to conquer the Champions League, with the Serie A title virtually a foregone conclusion heading into the final weeks of the campaign.

Juve currently hold a 20 point lead over Napoli at the summit and they will be crowned champions if they can secure at least a draw at SPAL tomorrow afternoon.

Ahead of that fixture, Allegri revealed that Ronaldo will be granted an extra day off to recover from his exploits in midweek.

"And like him, this also goes for our other players who have been playing a lot even during the breaks for their National teams.

"However, I will line up a tough and fair formation for the challenge that awaits us".

🗣🎙RECAP ⎮ #Allegri: “Tomorrow could be an extraordinary day.”

Allegri also suggested that he could give a few younger members of his squad an opportunity to shine against SPAL, with the likes of Leonardo Bonucci and Mario Mandzukic also likely to be rested.

He also confirmed that 19-year-old Moise Kean will return to the starting line up, after his impressive recent goalscoring run.

“I have to evaluate today's training session, but many players will rest," he added. "There are players who need to rest. And maybe tomorrow will be an opportunity for some young players to play. Either one of Nicolussi Caviglia and Coccolo could play tomorrow. Kean starts."

“Mario has a way of playing that sees him give his all. Those who played the World Cup final have a much greater load.

“Leonardo is fine but he could rest tomorrow”.

The Bianconeri have won seven of their last nine matches across all competitions and seem to be hitting their stride at just the right time.

If they secure the Serie A crown on Saturday, Allegri can then focus all of his attention on the Champions League, with a semi-final tie against either Tottenham or Manchester City to look forward to if they can get past Ajax.