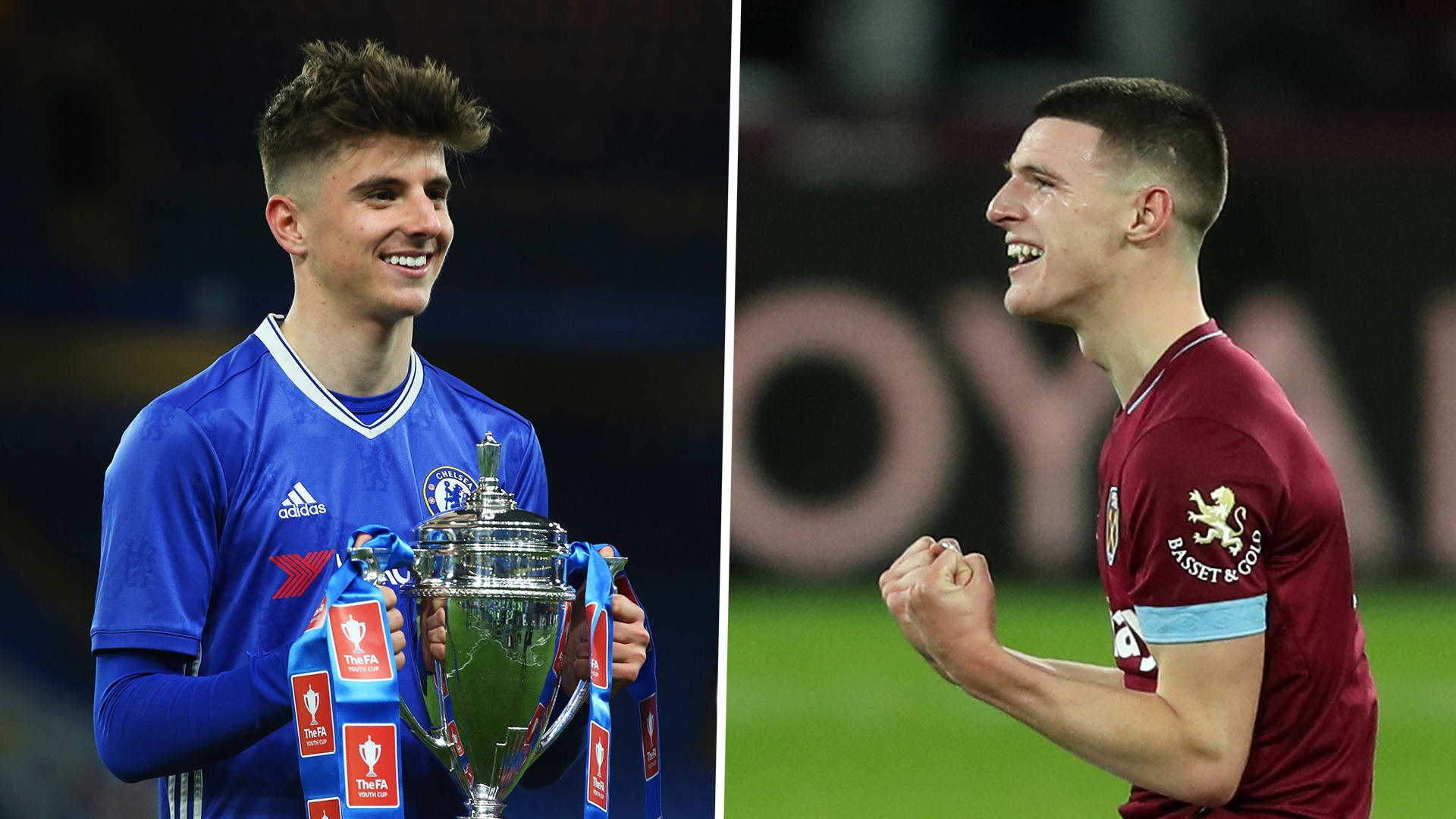 Chelsea midfielder Mason Mount has revealed the hurdles he faced in moving through the club's ranks following his breakthrough campaign at Stamford Bridge, including the departure of former Blues youngster Declan Rice when the pair were just teenagers.

The 21-year-old has seen his stock take a meteoric rise over the past 12 months under Frank Lampard, having established himself as a regular first-team player and an England international.

Yet, in reflecting on the ups and downs of a campaign that saw the Blues come away empty-handed, Mount has spoken  about his time in the club's youth team, where he played alongside close friend Rice before the latter was let go at the age of 14.

Born only four days apart, the pair got the chance to line up together at senior level for the first time when they were both called up for Three Lions duty by Gareth Southgate as England embarked on their European Championship qualification run.

Mount has admitted that Chelsea's choice to part ways with Rice over five years ago caught him out, but he never doubted the West Ham star would find a way to bounce back.

"When Dec left it did affect me a lot at the time," he told the Sunday Times. "But I knew what kind of player he was and what kind of person he was like, so I knew it wouldn’t stop him even if I didn’t agree with the way it happened.

"I knew as one of my closest friends that that wouldn’t be the end of him and he would work as hard as he could to get where he is.”

Mount himself nearly left of his own accord around the same time however, after his father Tony had questioned whether he would be able to progress through a notoriously tough youth system - but he was determined to prove himself in the shadow of Stamford Bridge.

“My dad always had questions because there weren’t many young players coming through," he added. "JT [John Terry] was the only one who really came through and had an unbelievable career.

"I always believed that I would make it to the first team through hard work and determination and I didn’t let anybody get in the way of my focus, even my dad when he had questions.

"I said I [was] going to stay here and work as hard as I can. I [believed] totally that I [could] make it to the first team and then go all the way.”

Mount was one of the key beneficiaries of incoming boss Lampard's squad prediciment at the start of the 2019-20 season, with the former Blues great facing a transfer ban as he picked up the reins left by Maurizio Sarri.

Having managed the midfielder during a loan spell at Derby County however, the 42-year-old had little hesitation in blooding him in the season-opening encounter with Manchester United at Old Trafford.

Mount has nothing but respect for Lampard, having worked with him for two years now, adding: “The gaffer has been there and done it. He knows when to put his arm around you and he knows when to tell you you need to improve on something or look at this in your game and see where you can do better.”

In regards to chasing their rivals both at home and abroad, Mount added that he believes Chelsea are not too far off the mark to succeed, noting: “There are things we have to work on to get better but we are on the right path, we are driven to win trophies, to really step up our game. We have shown this season that we are capable of doing that.”