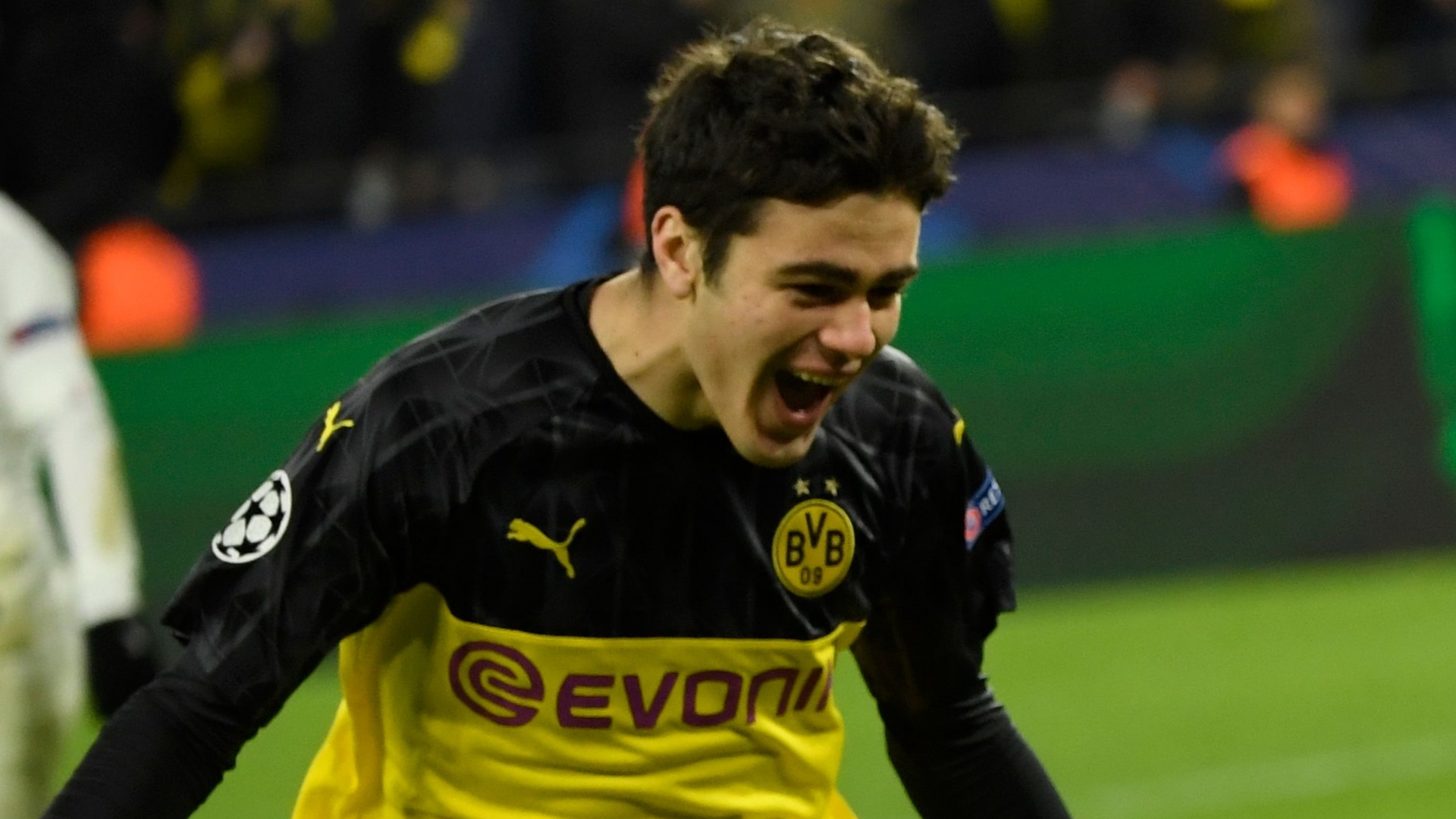 Giovanni Reyna became the youngest American to ever play in the Champions League on Tuesday, and the Borussia Dortmund teenager marked the occasion with an assist.

Reyna's first Champions League appearance came against Paris Saint-Germain on Tuesday in the first leg of Dortmund's round of 16 tie with the French champions.

The 17-year-old attacker came off the bench in the 68th minute, replacing Thorgan Hazard with the match still scoreless.

It didn't stay that way for long, as Erling Haaland fired Dortmund into the lead just one minute later before Neymar levelled the scoreline in the 75th minute.

But, just moments after the Brazilian's equalizer, Dortmund were able to regain the lead once again with Reyna providing the crucial assist.

The American forward drove through the PSG defence before playing a pass to Haaland, who rocketed a long-range shot past Keylor Navas and into the back of the net.

Tuesday's appearance was Reyna's sixth of the season, as the American youngster began his breakthrough with the first team in January.

To date, Reyna has featured in five Bundesliga matches and one DFB-Pokal game.

In that cup match, Reyna scored his first senior goal for the club, curling home a stunner against Werder Bremen.

Reyna's appearance on Tuesday offered another look at Dortmund's new-look attack, which is headlined by Haaland and his nine goals in seven matches.

With Reyna's introduction, Dortmund's front line was led by three teenagers, with the 19-year-olds in Haaland and Jadon Sancho playing alongside the 17-year-old Reyna.

Dortmund's victory on Tuesday moved them one step closer to the quarter-final round, with the second leg set for March 11 in Paris.

Prior to that, Dortmund will play a trio of Bundesliga games as Lucien Favre's side will take on Werder Bremen, Freiburg and Borussia Monchengladbach in the lead up to that second leg.