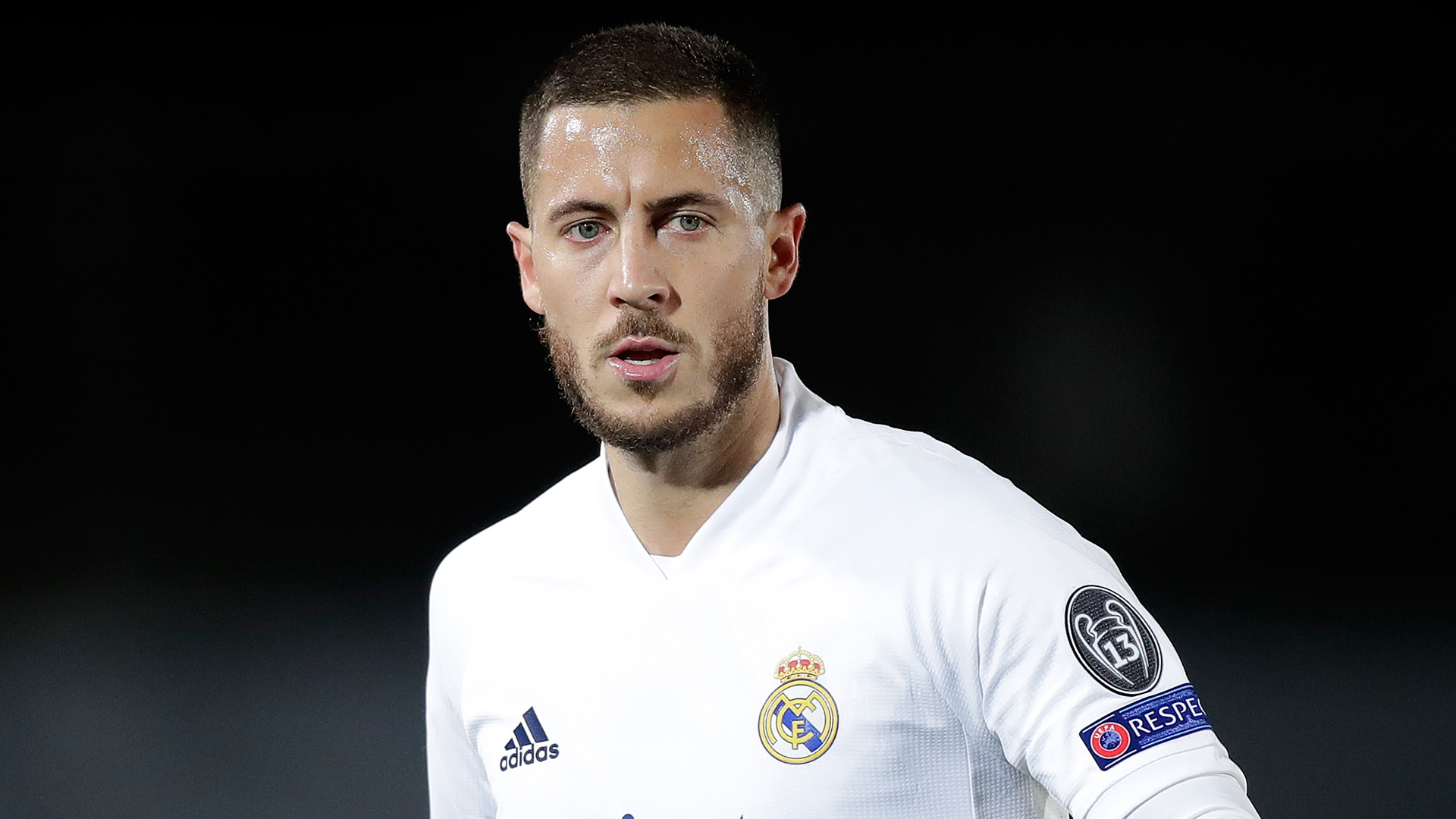 The injury-ravaged 29-year-old is heading back to the treatment table, with no timescale being put on his latest rehabilitation programme

Real Madrid have confirmed that Eden Hazard has suffered another injury setback, with the Belgian nursing a thigh complaint.

The 29-year-old forward lasted less than 30 minutes of the Blancos’ La Liga clash with Alaves on Saturday.

Hazard limped from the field to be replaced by Rodrygo and was clearly in some discomfort.

Zinedine Zidane stated after the game that he hoped the problem picked up by Hazard would not be too serious.

Real’s boss told reporters: “I think and hope it's just a knock. I hope it's not muscular.”

Zidane has now been offered the update he was looking to avoid, with it revealed that Hazard has suffered muscle damage.

A statement on the Blancos’ official website read: “Following tests carried out today on our player, Eden Hazard, by Real Madrid Medical Services, he has been diagnosed with an injury in the rectus femoris muscle of his right leg.

“His recovery will continue to be assessed.”

It remains to be seen how long Hazard will be sidelined for, but spells on the treatment table have been all too frequent throughout his time in the Spanish capital.

Form has been difficult to come by as a result, with no momentum established in his game.

Real had been longing for much more from a player that they invested €100 million (£88m/$112m) in when doing a big-money deal with Chelsea in the summer of 2019.

Much of Hazard’s debut campaign at Santiago Bernabeu had to be written off, with injury struggles suffered from the start.

He ended up being restricted to just 22 appearances across all competitions in 2019-20, with only one goal recorded.

That tally has already been doubled this term, but regular breaks are still being taken in.

Hazard’s outing against Alaves was just his third in La Liga this season, with only 153 minutes of Spanish top-flight action seen.

Real do boast the strength in depth to counter such absences, with there plenty of creative attacking talent at Zidane’s disposal, but frustration is building when it comes to the Belgium international.

Hazard was supposed to be the man that filled a Cristiano Ronaldo-shaped void in Madrid, given all that he had achieved at Chelsea, but he has got nowhere near scaling those heights so far.