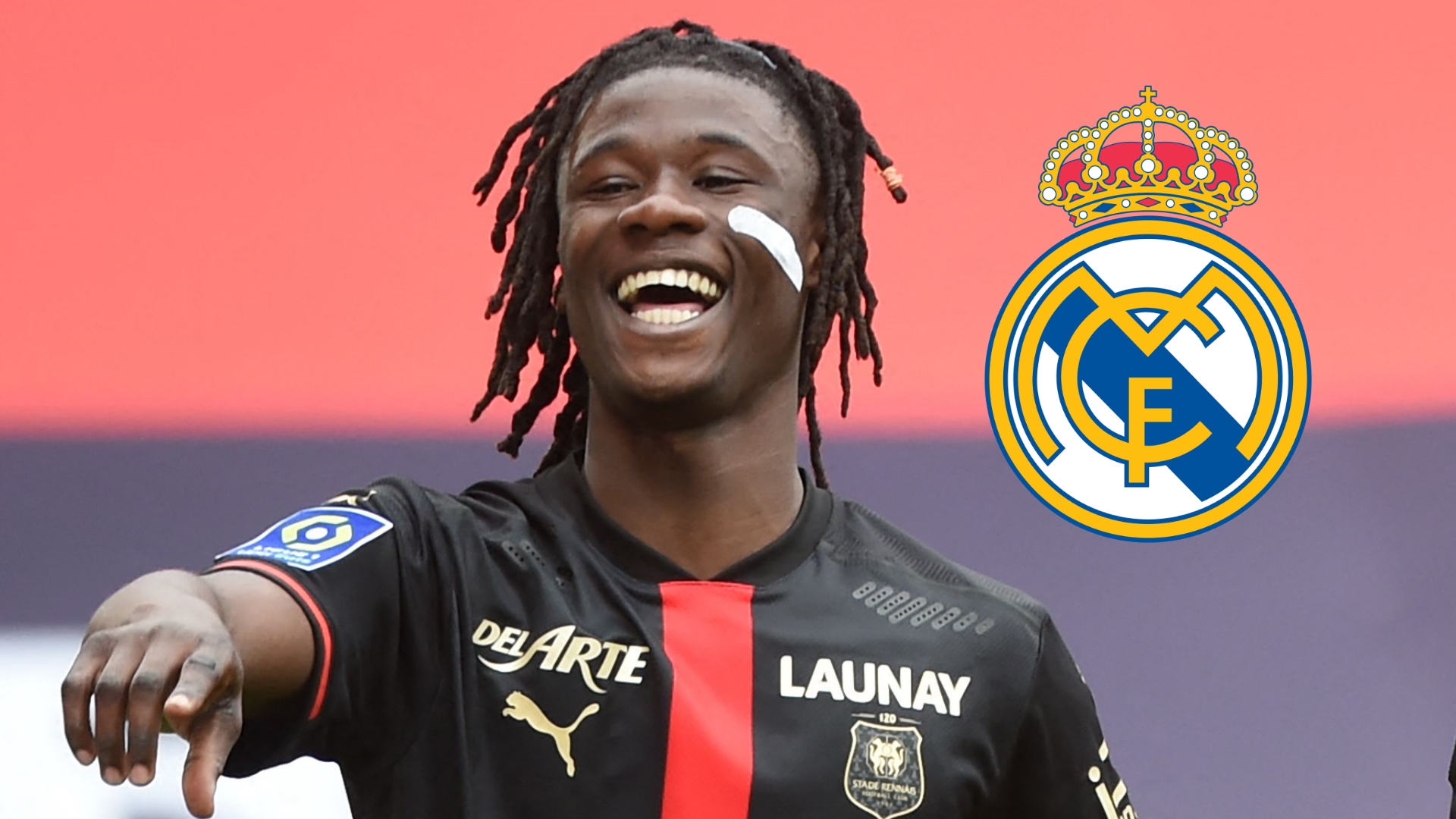 Real Madrid have confirmed the capture of Rennes midfielder Eduardo Camavinga on a six-year deal worth €40 million (£34m/$47m) including add-ons.

The France international makes the swap from Roazhon Park to the Santiago Bernabeu in a move that sees him contracted to Los Blancos through to 2027.

His move comes in the wake of Madrid's failed attempts to purchase Kylian Mbappe from Rennes' Ligue 1 rivals Paris Saint-Germain, with the forward set to remain at Parc des Princes this year.

The capture of Camavinga could represent a good piece of business from Madrid following a frustrating final few weeks to the transfer window.

The Angola-born starlet, a graduate of the Rennes academy system, has been coveted by a number of major clubs, including PSG and Manchester United.

The 18-year-old has been keen to move on from his long-time home this summer however, and it is Carlo Ancelotti's side who have seen off their rivals to secure his signature on a lengthy deal.

Having broke through into the senior set-up at Rennes two years ago as a 16-year-old, Camavinga helped them secure something of a surprise Champions League spot across the 2019-20 term.

He featured in four of their European games last term as they were knocked out in the group stage, but elsewhere played 35 times in the French top flight as they secured European football once again.

Last year, he became the youngest person to be called up to the France national team at senior level sine 1932 and won three caps for Didier Deschamps' side.

He was originally slated to be a member of Les Bleus' Tokyo 2020 party this summer too, though this was ultimately overruled by his club.