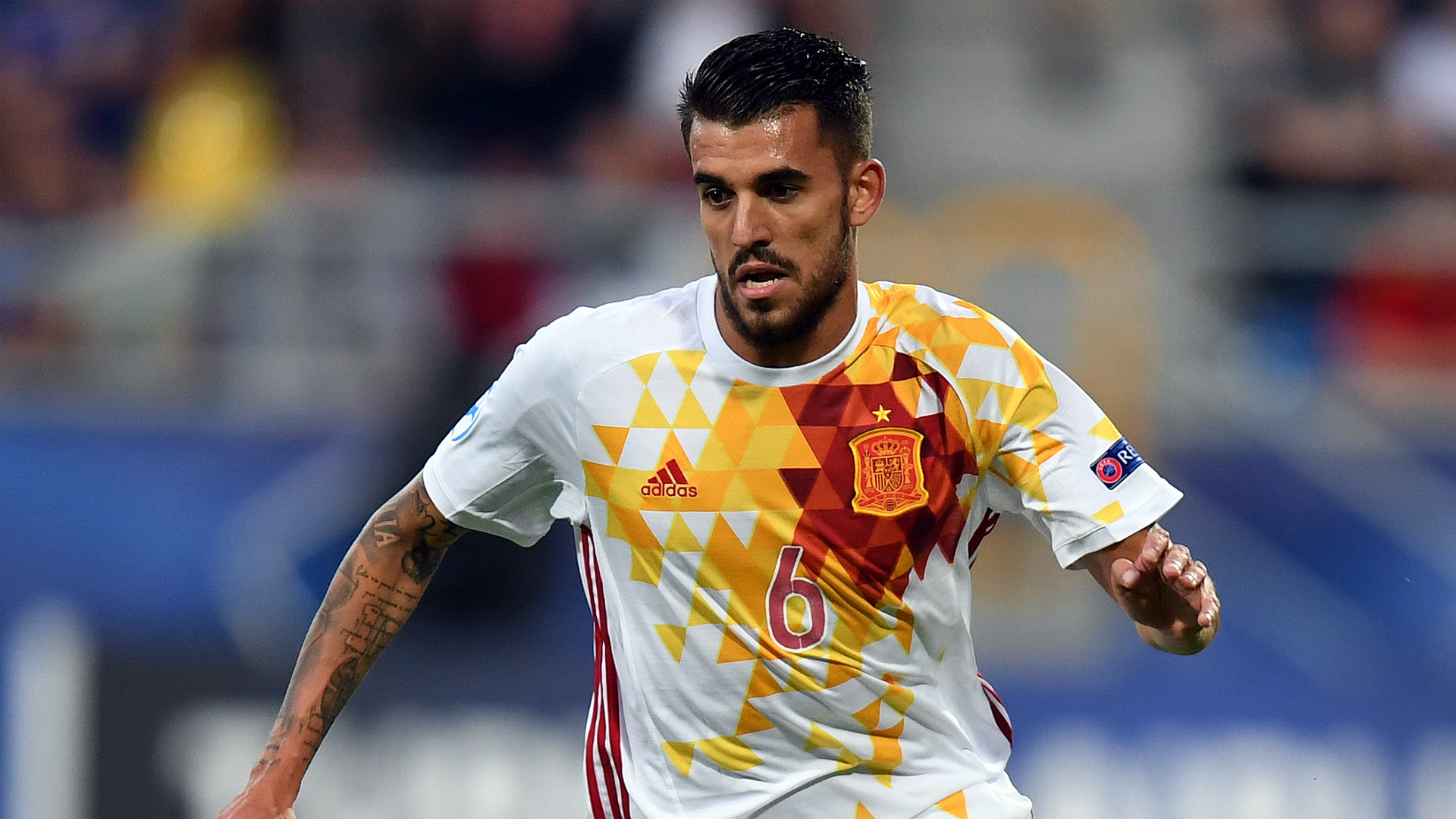 The 20-year-old midfielder attracted both Clasico clubs after an impressive season at Betis and with Spain U21s, but Los Blancos have won the race

Real Madrid have completed the signing of Dani Ceballos from Real Betis for a reported €18 million.

The Champions League winners beat competition from Barcelona to signing the midfielder, who was named Player of the Tournament at the European Under-21 Championship with Spain this year.

The 20-year-old enjoyed an impressive season with Betis, scoring twice in 30 league appearances, and Madrid and Barca both contacted Betis for him.

Betis offered him a new deal, but president Angel Haro revealed on Monday that the player informed them of his decision to join Zinedine Zidane's side after agreeing a six-year contract, leaving the clubs to decide on a transfer fee.

"Real Madrid and Real Betis have reached an agreement over the transfer of Dani Ceballos, who is tied to the club for the next six seasons," a statement from Real read.

Ceballos is Madrid's second signing of the close-season, having already secured Theo Hernandez from Atletico Madrid for €24m.

He joins just days after James Rodriguez departed for Bayern Munich and will be presented as a Real Madrid player at the Santiago Bernabeu on Thursday before joining the club's pre-season tour of the United States.