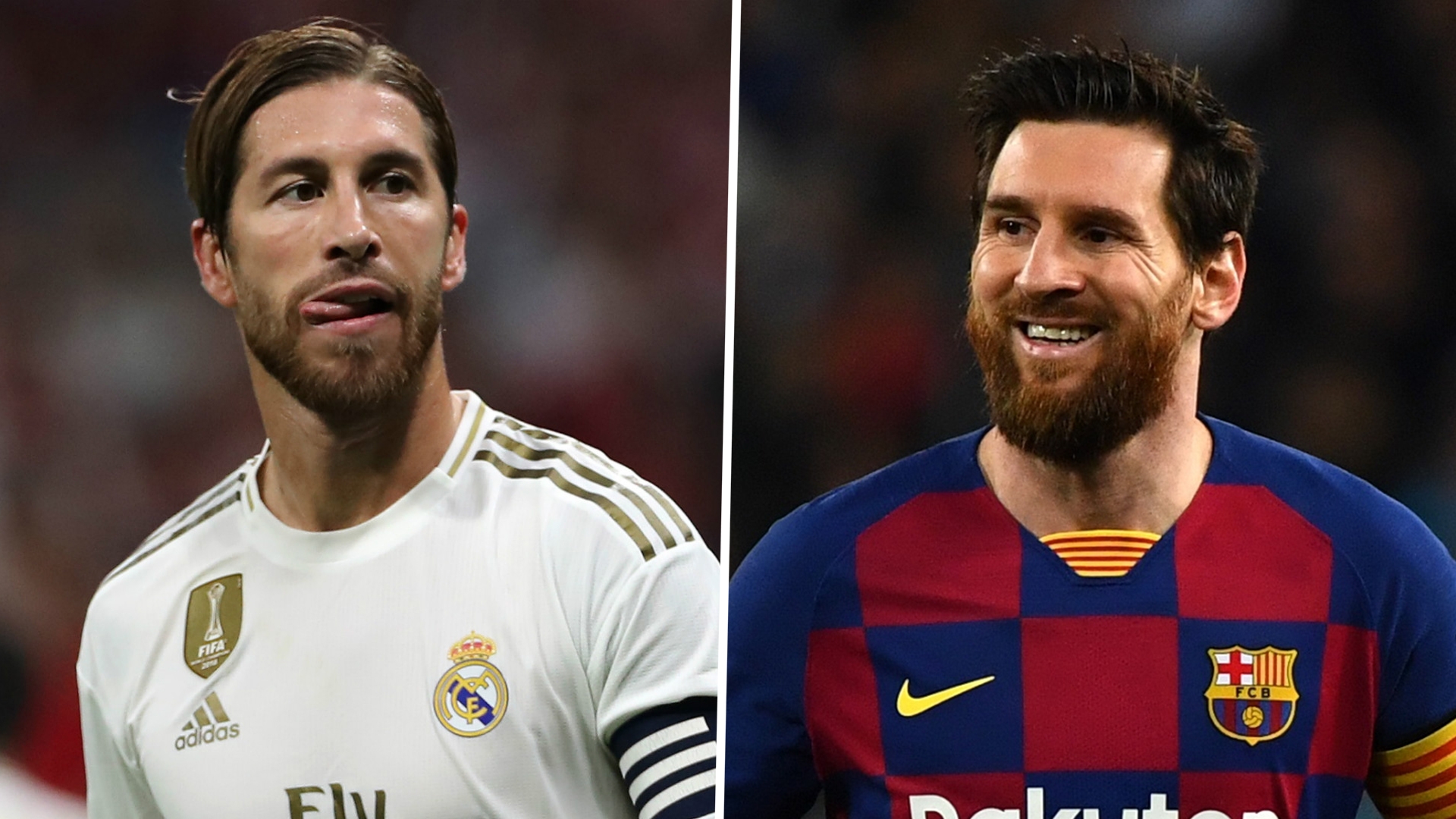 Real Madrid defender Sergio Ramos has said he wants Lionel Messi to stay at Barcelona, but believes the Argentine has earned the right to decide his club future.

Messi has shockingly requested a Camp Nou exit as he looks to activate a release clause in his contract that will allow him to unilaterally depart.

After arriving in Barcelona for crunch talks over his son's future on Wednesday, Jorge Messi admitted that "it would be difficult" for his son to remain at the club he's called home for 20 years.

As rumours of a move to Manchester City continue to percolate, Madrid captain Ramos said he is keen for the star of his club's greatest rivals to stay.

"It's something that we're not focused on but the player has earned the right to be able to decide on his future," Ramos said, speaking ahead of Spain's Nations League match against Germany on Thursday.

"Having said that, for the Spanish game and for Barca and for the rest of us, we'd like him to stay as we always want the best around."

Ramos would go on to address his own future, as the 34-year-old gets set to enter the final year of his contract with Real Madrid.

Though talks over an extension have yet to get underway, Ramos has insisted that he is calm over his future and believes that he will eventually come to an agreement over a new deal.

"I've spent years with Real Madrid and never really contemplated leaving and am confident that we'll reach a mutually suitable arrangement. My focus is now on preparing for a solid season ahead."

Last year, Ramos expressed his desire to represent Spain at the Olympics in Tokyo, which have since been pushed back to 2021 due to the coronavirus pandemic.

Quizzed again on his potential participation in the Olympics, Ramos said he would have to take time to make a decision ahead of an extremely hectic club season.

"I'm looking at taking things one game at a time and we'll have to wait and see," Ramos said.

"This is set to be one of the most complex seasons with games set to be played every three days due to the tight schedule."