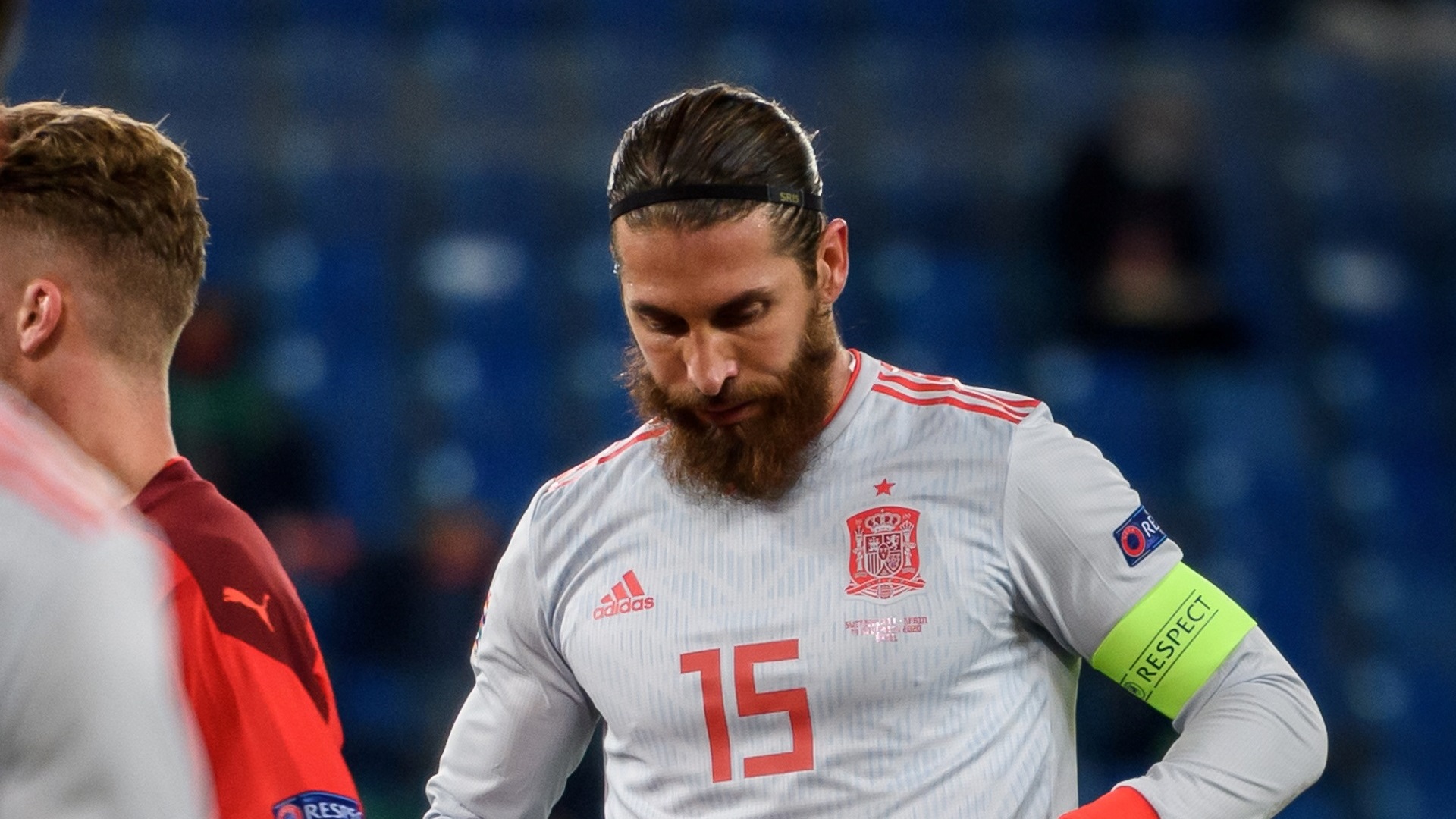 Sergio Ramos has no plans to step away from penalty duties for Spain despite missing two spot-kicks against Switzerland, and insisted he is not considering international retirement.

Ramos made his 177th international appearance, surpassing Italy great Gianluigi Buffon for the most by a European man, but marked the milestone with two penalty misses in a 1-1 Nations League draw on Saturday.

The defender had scored a remarkable 25 straight penalties for Spain and Real Madrid before his two misses from 12 yards.

Ramos, who skipped a news conference on Monday amid links to Paris Saint-Germain, said he would continue taking penalties.

"If there was another penalty of course that I would take, of course," he told Spain's media channels. "If I didn't approach it that way, I would stop being me."

Spain host Germany in Seville on Tuesday, needing a win to finish top of Group A4 and reach the Nations League Finals.

Ramos, 34, said he was proud of his appearance record, and he dismissed any talk of retiring from internationals.

"It is a pride to surpass a legend like Buffon in caps. In the end, when you start you don't think you can get that high," he said.

"I have spent many hours running around here through the streets of Seville and there is a lot of effort behind it, perseverance and perseverance.

"In the end it is that. As long as I feel like it, I will continue. My head is in charge, and for now, it allows me."

Ramos was firmly in the spotlight following his blunders from 12 yards, but the gaze intensified when he was linked with a move to Paris Saint-Germain.

The 34-year-old’s preference is believed to be a two-year extension to his contract at Madrid, but a mega-money offer from the French capital could turn his head.

Spain coach Luis Enrique does not feel he needs to step in and offer any guidance to his captain.

"Everything that is generated around Ramos is neither new, nor old, nor is it anything," the Spain boss told the media.

"It is what it is and what it means to have a player of this level. It is normal that there is pressure around and you have to live with that.

"If there is someone with enough experience to handle this personal situation it is Sergio Ramos."