For years Arsenal have been labelled as pushovers, perhaps this was the night they started to brush off that tag.

Twice they came from behind at Chelsea to salvage a 2-2 draw, all whilst playing with 10 men for more than an hour after David Luiz had been sent off.

Arsenal have suffered at Stamford Bridge over the years, but they stood tall against all the odds to return to north London with a point.

And that point, earned by Hector Bellerin’s late equaliser, was reward for a performance packed full of character and bravery from Mikel Arteta’s side.

The writing seemed to be on the wall when Luiz was given a straight red for bringing down Tammy Abraham after just 28 minutes, especially as Jorginho rolled home the resulting penalty.

But this Arsenal side ripped up the script.

They stayed in the game, rode their luck at times, and then levelled through Gabriel Martinelli midway through the second half.

It’s a goal that will be replayed over and over again.

Martinelli was inside his own box when Shkodran Mustafi rose highest to head away a Chelsea corner. Ten seconds later, he was celebrating in front of 3,000 delirious Arsenal fans at the opposite end of the pitch.

It may have needed a slip from N’Golo Kante for the Brazilian sensation to race clear, but the way he composed himself before slotting the finish past Kepa told you everything you needed to know about a teenager who just a matter of months ago was playing state football in Brazil.

“Gabi’s gonna be a superstar” predicted Pierre-Emerick Aubameyang after his fellow forward scored against Sheffield United on Saturday. In a way, you could say he already is. 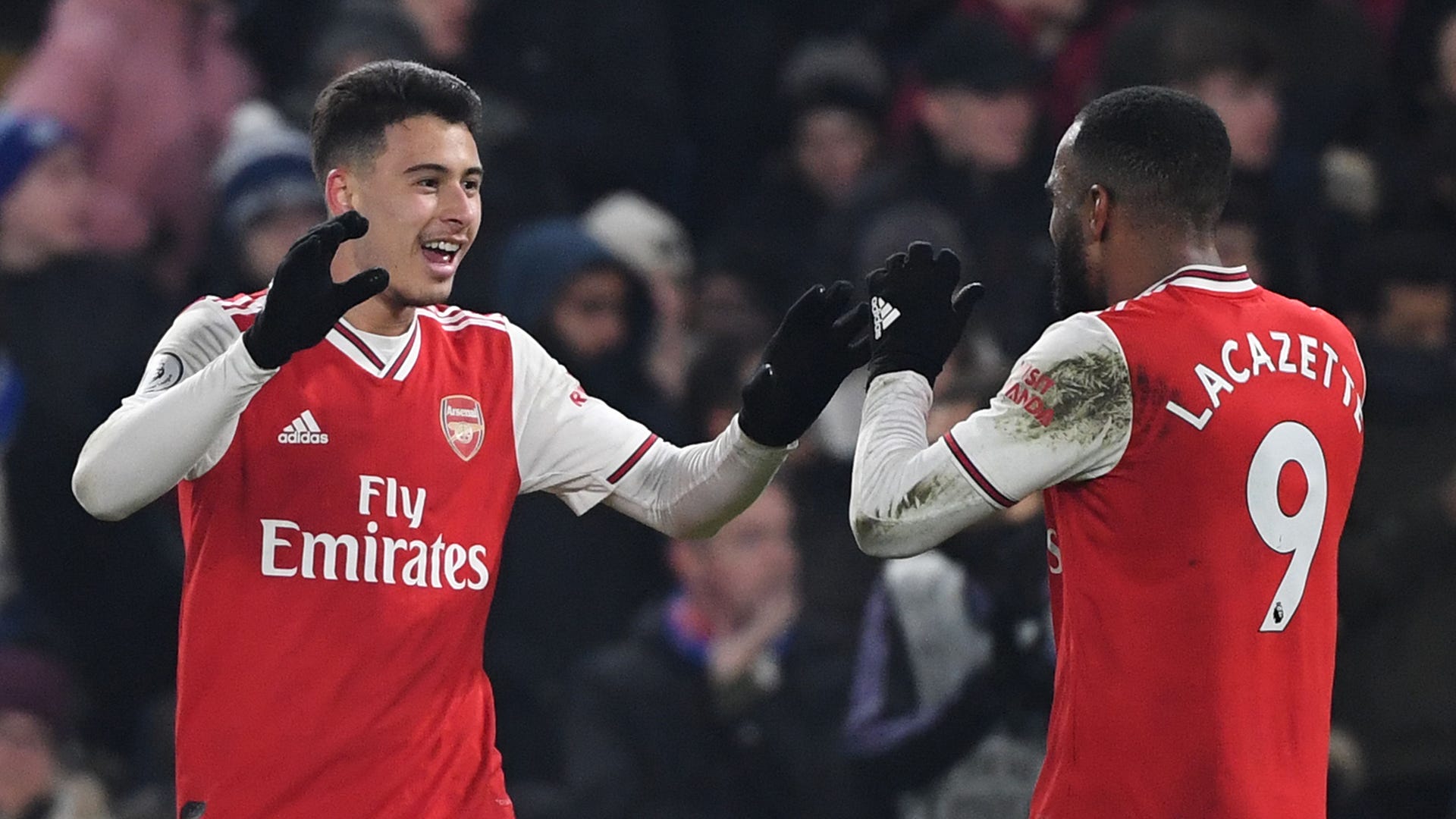 Martinelli has now scored 10 times this season. He’s the first teenager to hit that milestone for Arsenal since Nicolas Anelka in the 1998-99 season.

The goal was reward for the Gunners' resistance, too, but it was also reward for Arteta's adventurous approach. In the aftermath of Luiz’s dismissal, he was going to replace the teenager with Rob Holding. The centre-back was stripped off and ready to come on.

However, at the last moment, Arteta changed his mind. Holding was sent back to the bench and Martinelli stayed on.

“I was thinking about that, but I don’t want to send that message to the team,” Arsenal’s head coach admitted after the game.

The visitors’ joy was short lived, however, with Chelsea restoring their lead when Cesar Azpilicueta prodded home at the near post with six minutes remaining.

Surely that was that? There was no way back this time? In the past perhaps, but this night was different.

The 10 men responded superbly and after a spell of sustained pressure, Bellerin cut in from the right and bent an excellent shot beyond Kepa into the far corner to level the game once more.

The goal – Bellerin’s first since January 2018 – came almost exactly a year to the day that the right-back suffered the cruciate ligament knee injury which ruled him out of action for nine months. It’s no surprise that in the celebration that followed he knelt down and kissed the Stamford Bridge turf.

“I am [proud of the players],” beamed Arteta at full-time. “The spirit they showed, the character, the fight and the leadership as well.”

The Arsenal players made a beeline for their fans after the game. The connection between the team and the supporters has been damaged during the past few years, but performances and results like this will go a long way to repairing that bond.

Arsenal may be 10th in the league and just seven points above the relegation zone, but there is a genuine sense that the team are now heading in the right direction under Arteta.

After Luiz was sent off, Arteta’s side played the majority of the final hour with a back four that contained an 18-year-old winger in Bukayo Saka, a central midfielder in Granit Xhaka and a confidence-shot Shkodran Mustafi. They were also, of course, without the suspended Aubameyang.

In years gone by, they would have ended up on the wrong side of a hiding, but not here. At Stamford Bridge, they showed that they can perform with their back to the walls.

The start of a new era? Only time will tell.