The 32-year-old midfielder has signed with the club until the end of the 2019 season, marking a return to Ligue 1 after playing at Al Jazira

The 32-year-old French international was available on a free transfer and has signed a deal which ties him to PSG until the end of the 2018-19 season.

Diarra has been a free agent since leaving Al Jazira last month and boosts the midfield options of the Ligue 1 leaders, although PSG coach Unai Emery previously indicated he would not be looking to make signings during the January transfer window. 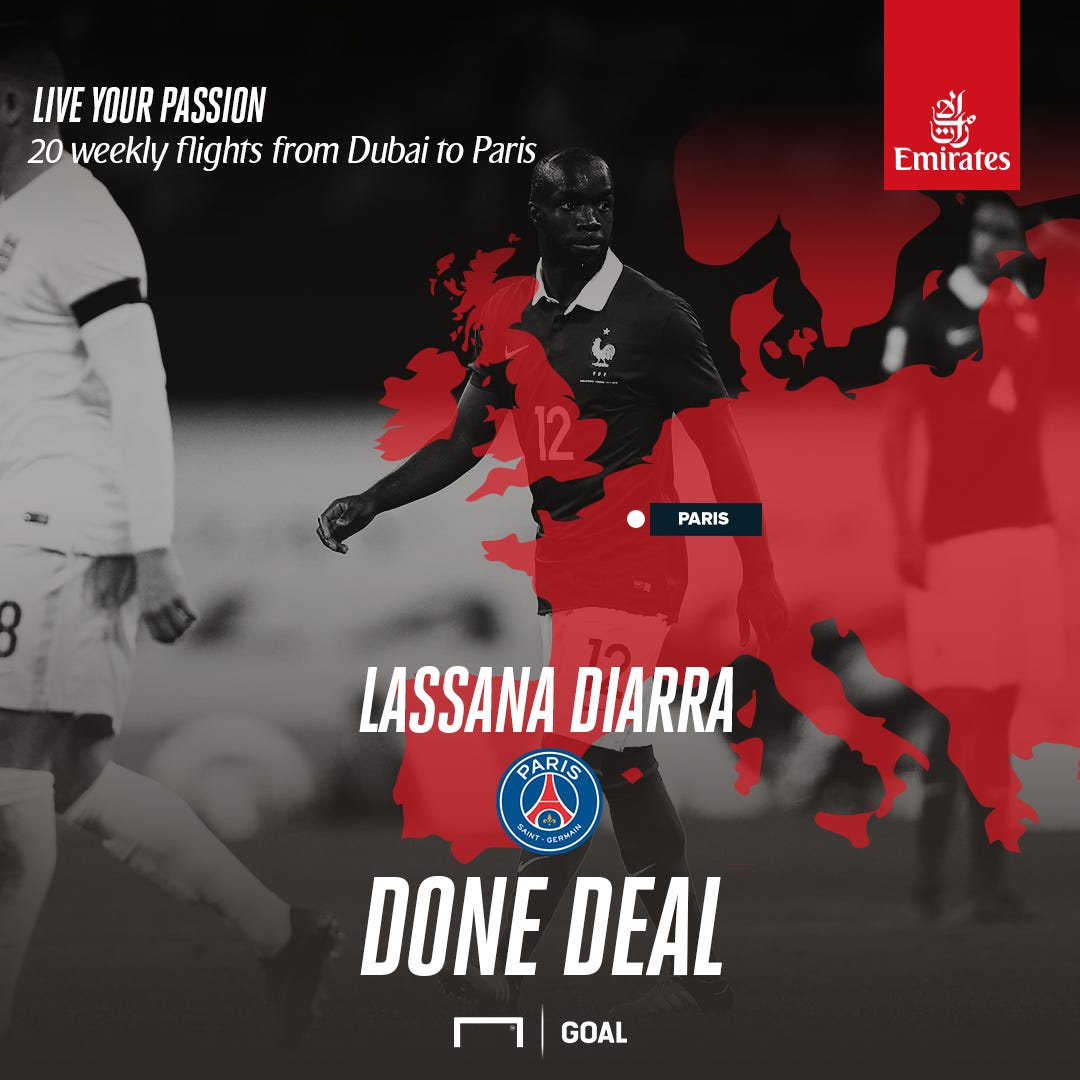 The Spaniard namechecked 21-year-old Argentine Giovani Lo Celso as a possible solution to the club's defensive midfield issues earlier this month, while playing down a move for Diarra.

But Diarra completed his return to Ligue 1 on Tuesday, signing a 18-month deal.

Diarra, who last featured for France in 2016, could make his PSG debut against Guingamp on Wednesday in the Coupe de France.

"I am very happy to have signed for my hometown club," Diarra told PSG's official website. "Paris Saint-Germain represents a lot to me and, with the international dimension the club has taken in recent seasons, it is every player's dream to play here.

"I am lucky enough to make this dream come true, to know what it feels like to play at the Parc des Princes wearing the Rouge et Bleu. I intend to do everything I can, bring all my experience and show all my desire to play, to prove that the club has made the right choice in showing its confidence in me."

"We are delighted to welcome Lassana Diarra, a quality footballer, to Paris Saint-Germain," PSG CEO and chairman Nasser Al-Khelaifi said.

"His vast experience, both of foreign leagues and the international football with the France national team, gives our coaching staff another option as we enter a very exciting second half of the season.

"I know that Lassana is very ambitious, like everyone here. Our fans at the Parc des Princes really love players that hail from the Paris region. I know they will give him a warm welcome and the strength to help our team reach its objectives."

Diarra's career began in Ligue 1 with Le Havre, but was soon on the move to England, where he had stints with Chelsea, Arsenal and Portsmouth before a move to Real Madrid in 2009, where he featured until 2012.

After stints with Anzhi Makhachkala and Lokomotiv Moscow, he returned to Ligue 1 with Marseille in 2015 and remained with the club until his release in 2017. He last featured at Al Jazira, where he played until his departure in December.