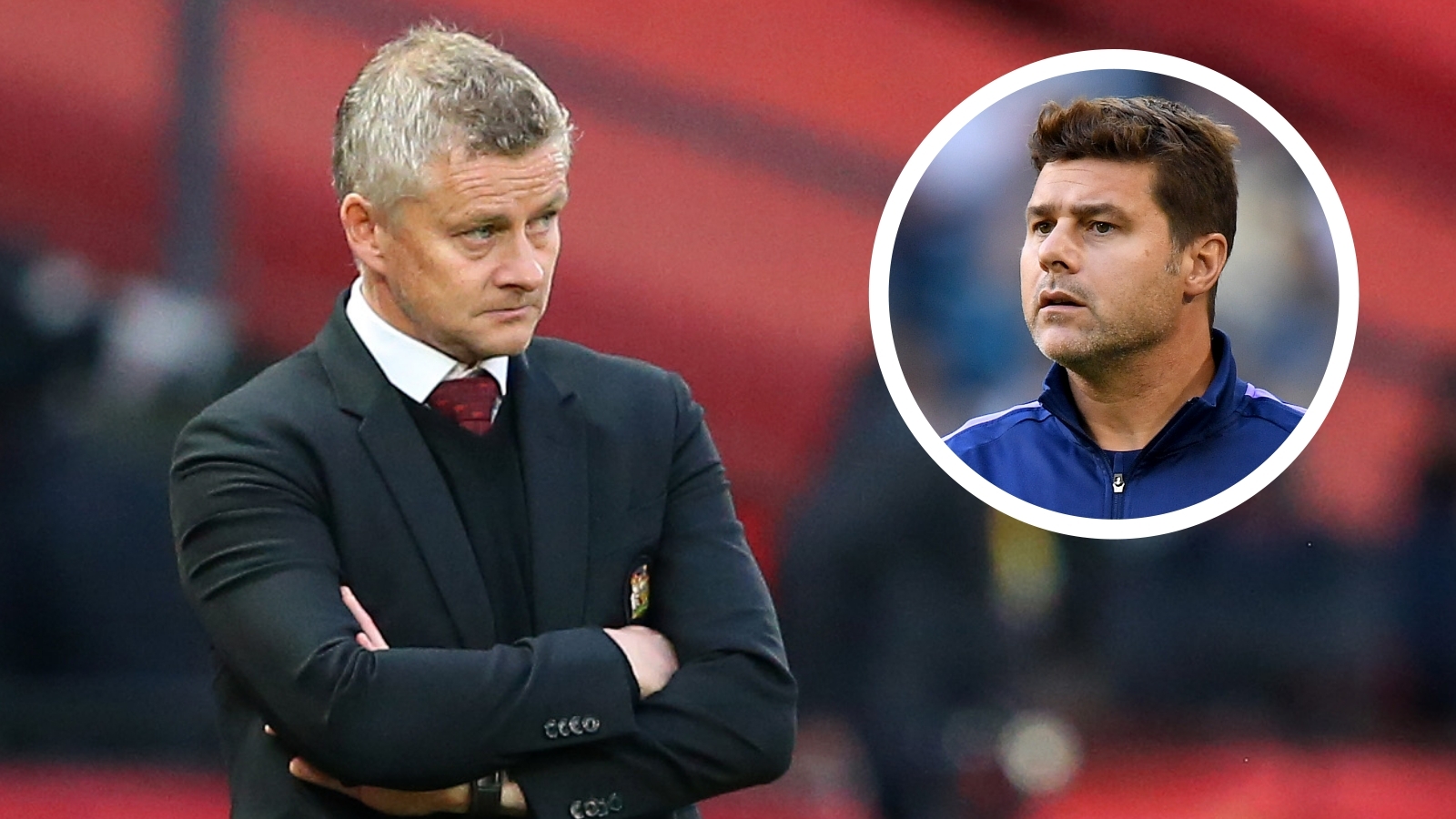 The pressure will only grow for Ole Gunnar Solskjaer following Manchester United's Champions League exit, according to Teddy Sheringham, who feels that talk of Mauricio Pochettino "waiting in the wings" is likely to increase that burden.

The Norwegian saw his side slip out of Europe's top competition after they failed to take a point from their last two group-stage games against Paris Saint-Germain and RB Leipzig.

Having previously beaten both sides in the reverse fixtures earlier in the season, and having held a lead at the top of Group H before then, the Red Devils' failure to secure knockout football has contributed to the perpetual discussion over Solskjaer's future in charge .

The former Molde boss was drafted in as an interim replacement two years ago and was handed the job on a full-time basis in early 2019, but is yet to win a single piece of silverware as manager at Old Trafford.

Sheringham - who memorably partnered with Solskjaer to score the two injury-time goals that handed United the Champions League crown in 1999 - admits that he feels his former team-mate is under the cosh, and that he will know that the gathering dust in the trophy cabinet can only be seen as a failure.

"It’s a result that does put more pressure on him," the former England international told CardsChat .  "There’s been rumours circulating about Pochettino supposedly waiting in the wings and he could have certainly done without failing to qualify for the knockout stages.

"The pressure will grow again if they falter in the league in the coming weeks. Ole is a lovely lad and I don’t want that to happen and very much hope he keeps the job.

"When you play for Man Utd, you understand what the situation is. You listen to Roy Keane and that’s what it’s all about – United to win things.

"Not to come in the Champions League spots, not to get second, not a bold runner-up. You’re there to win things, you are in the biggest club in the country, in Europe, maybe even the world, so you’re expected to win things.

"Ole knows that, he’s been around that feeling, that way of life and he knows that anything but success and winning trophies is a failure."

Former Spurs boss Pochettino has been out of a job since Jose Mourinho - the man Solskjaer succeeded at United - took the reins at Tottenham last year, but Sheringham does not feel that the Argentine's spell out of the game will have hurt his skills.

"I’m almost certain Pochettino has been offered jobs already," he added. "He’s probably waiting for the right one.

"I think he’s got that reputation now where he can pick and choose which job he wants. I certainly thought he was a fantastic manager, so I don’t think it’ll be long before he gets back in."