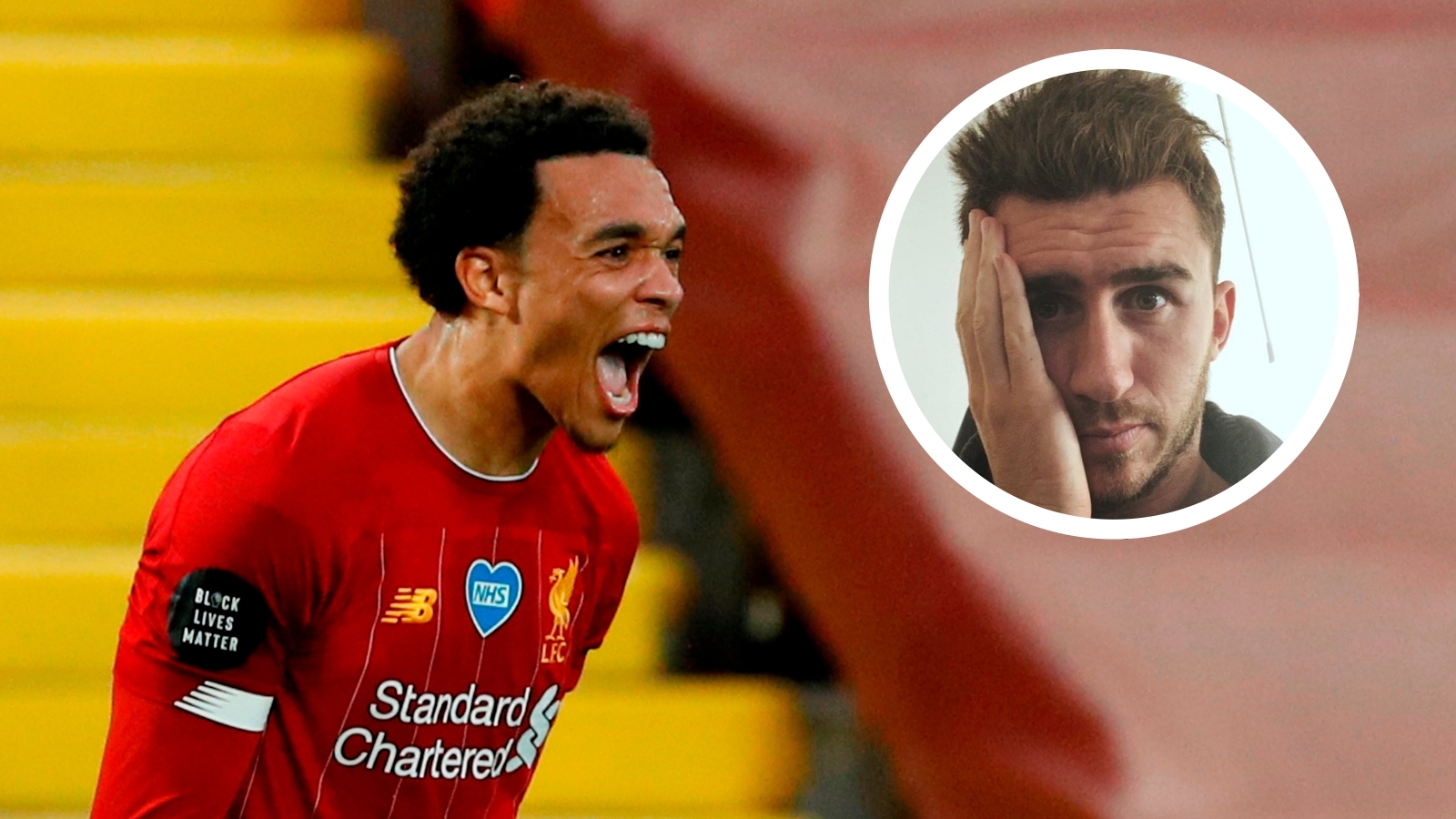 EA Sports has revealed the top 100 rated players for FIFA 21 with Trent Alexander-Arnold and Aymeric Laporte not completely happy with how they stack up.

Alexander-Arnold's overall rating of 87 makes him the upcoming game's highest rated right-back with his passing earning an incredibly high 87.

That statistic should come as no surprise with the young defender contributing 13 assists in the Premier League last season as the Reds wrapped up the title in emphatic fashion.

After not making the top 100 for FIFA 20, the England right-back was pleased with his new overall rating but wasn't quite so impressed with his low shooting stats of 66.

Asked about his shooting rating, the Liverpool defender added: "I think maybe they put that in there because it's my squad number. I'm hoping. Four goals from full-back...I don't know.

"I'm not going to challenge it too much. I would have liked it to be higher though."

The 21-year-old is aiming even higher for his FIFA rating next season, declaring he has an overall score of 89 in his sights.

Manchester City's Laporte, meanwhile, has been named as FIFA 21's equal fourth best centre-back with an overall rating of 87.

With 88-rated defence and 81 physicality, the Frenchman has faired quite well but was quick to point out his relatively poor pace rating of 63 on social media.

In terms of slower centre-backs among FIFA 21's top 100 players, Gerard Pique (57) and Mats Hummels (58) have faired even worse.

Real Madrid's Raphael Varane has been classed as the fastest centre-back so far with an impressive pace rating of 82.

FIFA 21 is set to be released on October 9 this year having been pushed back from its usual late September slot after EA Sports' plans were disrupted by the coronavirus.

Early access is usually granted to those who pre-order the game, meaning they are able to play in advance of that date - this year, FIFA 21 Early Access will be available on October 6.