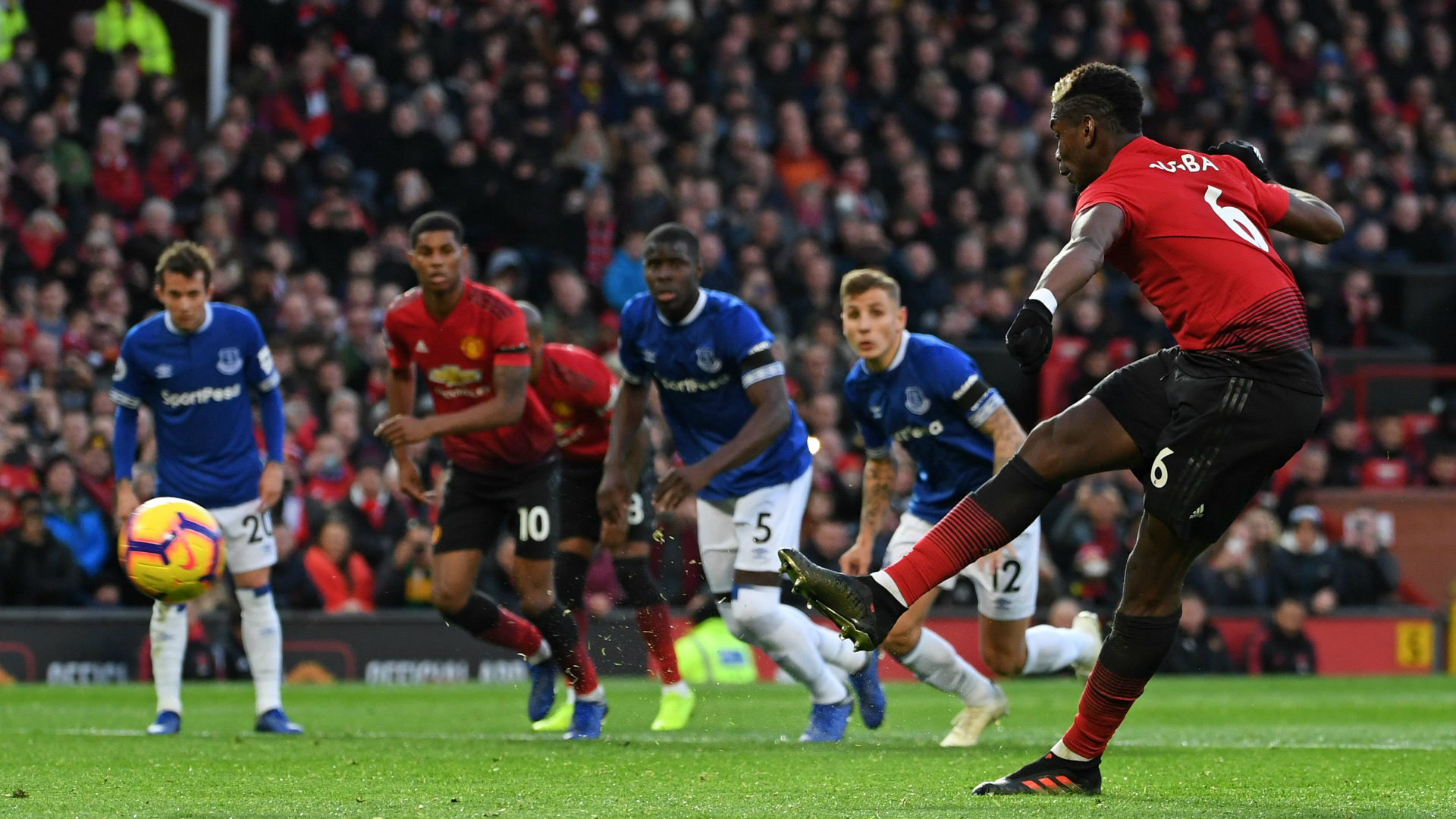 The Everton goalkeeper kept out the Man Utd midfielder's 27th-minute spot-kick before the Frenchman redeemed himself by converting the rebound.

Jordan Pickford says he knew where Paul Pogba would place his penalty during Everton’s 2-1 defeat to Manchester United at Old Trafford on Sunday.

The England goalkeeper saved from Pogba after the Frenchman gave a stuttering run-up to his 27th-minute spot-kick, but was unable to keep out the rebound as United opened the scoring.

Pogba has embarked on an interrupted run-up for penalties earlier in the season, successfully converting from 12 yards against Leicester on the opening day, but Pickford used his knowledge of the midfielder’s technique to out-think the United man and repel the penalty, albeit to no avail.

“When he did his run-up I knew where he was going to go and I saved it, but unfortunately it went back out,” Pickford told Everton’s club website.

“I did my research and made the save. Even if it even goes three yards out to his left or right, I’ve got enough time to get up and make the save from the rebound but it wasn't to be."

Pogba’s penalty run-up took longer to complete than sprinter Usain Bolt’s 100m world record, and the midfielder explained his rationale after the game , telling Sky Sports: “I always try and destabilise the keeper. Maybe they know how I take penalties.”

After Pogba had given United the lead, Anthony Martial scored a second with a spectacular curling effort from 18 yards, before Gylfi Sigurdsson scored from the spot to set up a nervous finish for Jose Mourinho’s side.

“We showed character and plenty of spirit and we fought right until the end,” said Pickford.

“We dug in as a group and we almost got something out of the game."

Everton boss Marco Silva accused Martial of having dived to win the penalty from which United took the lead, after the Frenchman went down under contact from Idrissa Gueye who appeared to have played the ball.

“That moment, it was no penalty,” said Silva. “It was difficult for us. That moment makes it easy for our opponents. You are more exposed then because you have to take more risks. They scored a fantastic goal but we had a good chance to score at 2-1.”