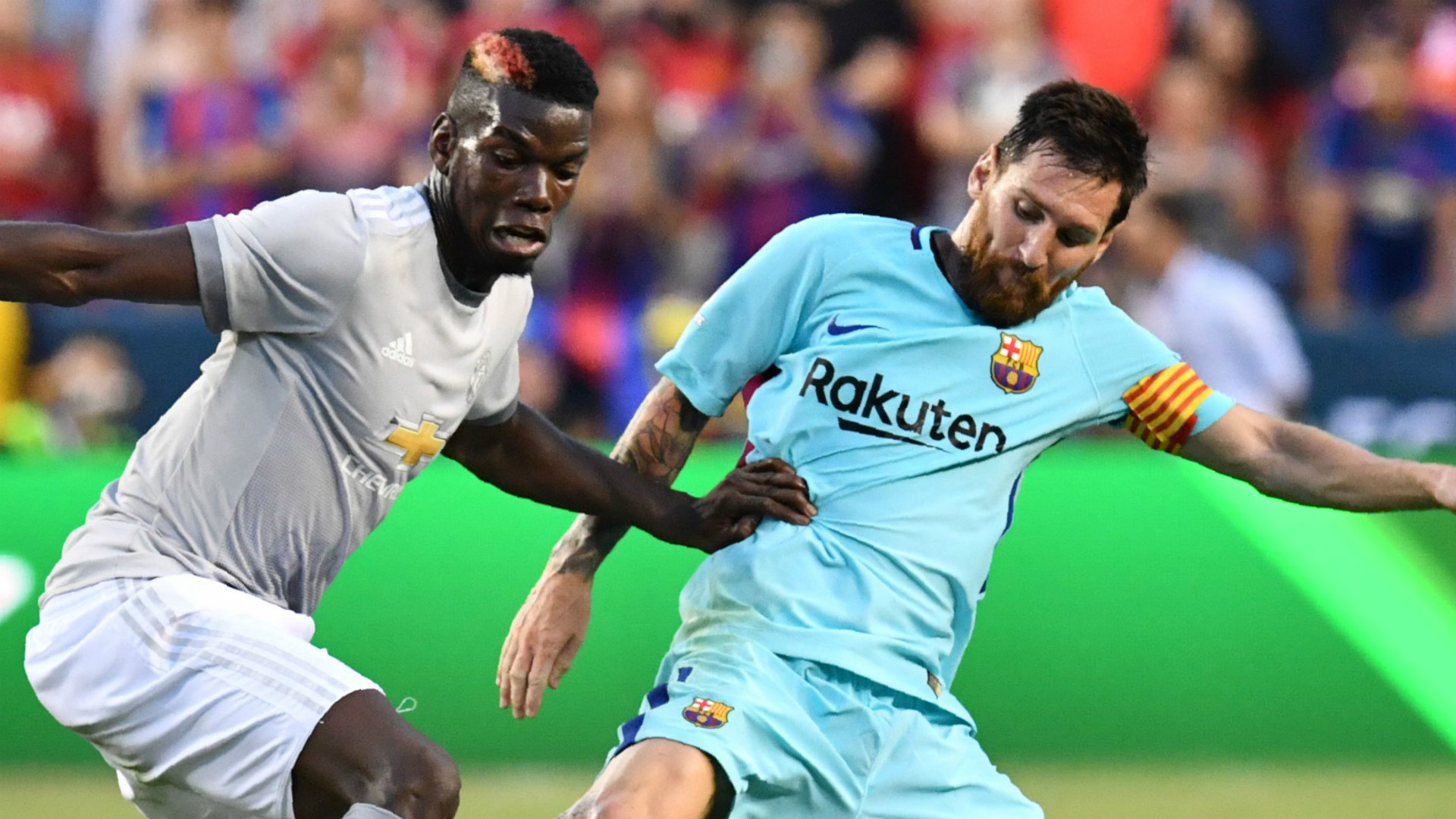 The Barcelona and Manchester United stars are not involved during the international break after recent injuries for their club sides.

Lionel Messi and Paul Pogba might not be involved for France and Argentina during the international break but they did have time for a deep conversation while having dinner in Dubai.

Not available for their respective nations during the two-week break in their domestic campaigns, both have travelled to the United Arab Emirates for a short holiday.

Pogba missed Manchester United's last game at Manchester City due to a thigh problem, while Messi has only played once for Barcelona since breaking his arm in mid-October .

The pair bumped into each other while at Salt Bae's Turkish steak house and engaged in a lengthy discussion regarding a number of topics.

Reportedly, among them was Chelsea midfielder N'Golo Kante, who Pogba claimed marked Messi out of their World Cup round of 16 clash in the summer.

The impromptu meeting may naturally concern United fans, who read with great interest speculation linking Pogba with a move to Camp Nou.

Reports in Italy claimed that the Frenchman agreed a five-year deal to move to the Catalan giants worth €100 million (£89m/$114m).

Agent Mino Raiola made no secret of his desire to move his client away from Old Trafford after he was criticised by manager Jose Mourinho.

Defender Gerard Pique said he would welcome the arrival of the 25-year-old if he did indeed complete a move to the La Liga champions.

"We would be happy to have him here," Pique said in August .

"I know little about what he is going through in Manchester and the relationship that exists [between Mourinho and Pogba].

"Pogba is a very good player, but a Manchester United player right now and we'll see if something happens in the future."