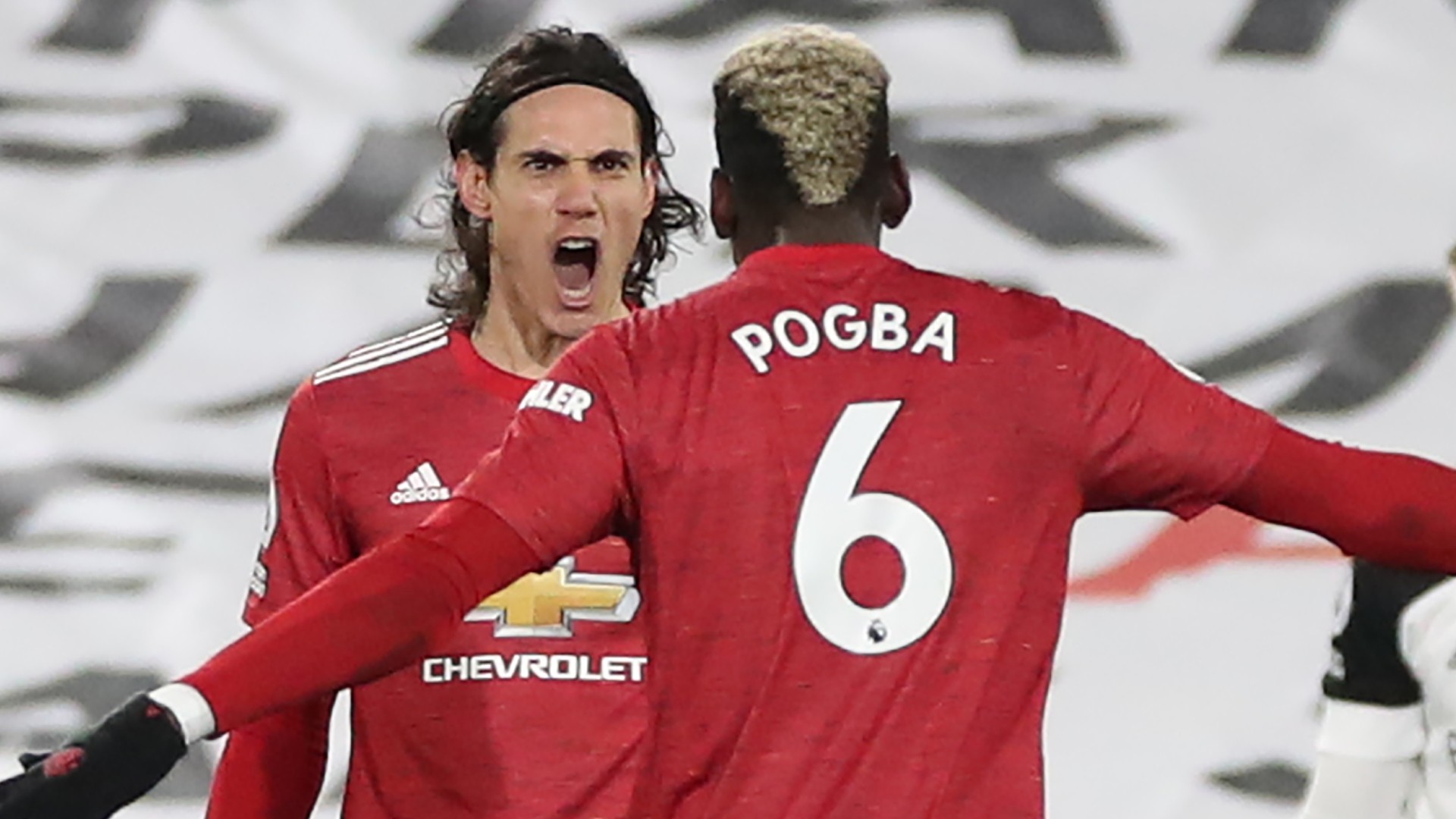 Paul Pogba and Edinson Cavani have been told that Manchester United bench duty will do them good, with Dimitar Berbatov praising “shrewd” selection calls from Ole Gunnar Solskjaer.

The Red Devils enjoyed their most productive outing of 2020-21 against Southampton on Tuesday.

With the Saints having two players sent off, United showed no mercy as they crushed their hapless Premier League foes 9-0 at Old Trafford.

World Cup winner Pogba was not needed at all against the Saints, as an in-form midfielder remained an unused substitute, while experienced frontman Cavani was taken off at half-time after recording his sixth goal for the Red Devils.

Berbatov can understand why those decisions were made, with Solskjaer looking to keep everyone fresh and firing in their ongoing title challenge.

The former United striker told Betfair: “It was good to see Anthony Martial end his drought with a couple of goals. United played well but the important thing is that they carry their momentum into Saturday's match at home to Everton.

“Pogba was on the bench against Southampton and should benefit from the rest. He has been brilliant for United for the past couple of months and will be key to their chances of winning the Premier League.

“It was also shrewd of Solskjaer to take off Cavani at half-time on Tuesday. The Uruguayan is another important player who adds a different dimension to the attack and, at 33, using him sparingly is smart.

“If United beat Everton, they can look forward to watching Sunday's massive game at Anfield between Liverpool and Man City, knowing they've put pressure on both their title rivals.

“Both two teams are starting to hit top form. I have a feeling City could edge it but, more than anything, I want to see a top of the table clash where both teams go for it and goals are scored at both ends.

“At the start of the season, everybody expected a two horse title race between City and Liverpool, but it looks like it's a three-way race and that shows how far United have come in the last year under Solskjaer. He will be hoping for both teams to drop points at Anfield and I'd love to see a 2-2 draw.”

Berbatov added on the mauling of the Saints: “I felt sorry for Southampton, who didn't stand a chance after the early sending off of Alex Jankewitz, and United were able to relax.

“For them it was simply a matter of how many goals they would score. Football can be like that sometimes and watching the match reminded me of the time I hit five at Old Trafford in a 7-1 win over Blackburn.”

United’s next two fixtures are at home as they go in search of more goals, with a clash against Everton set to be followed by an FA Cup fifth-round meeting with West Ham and former manager David Moyes.