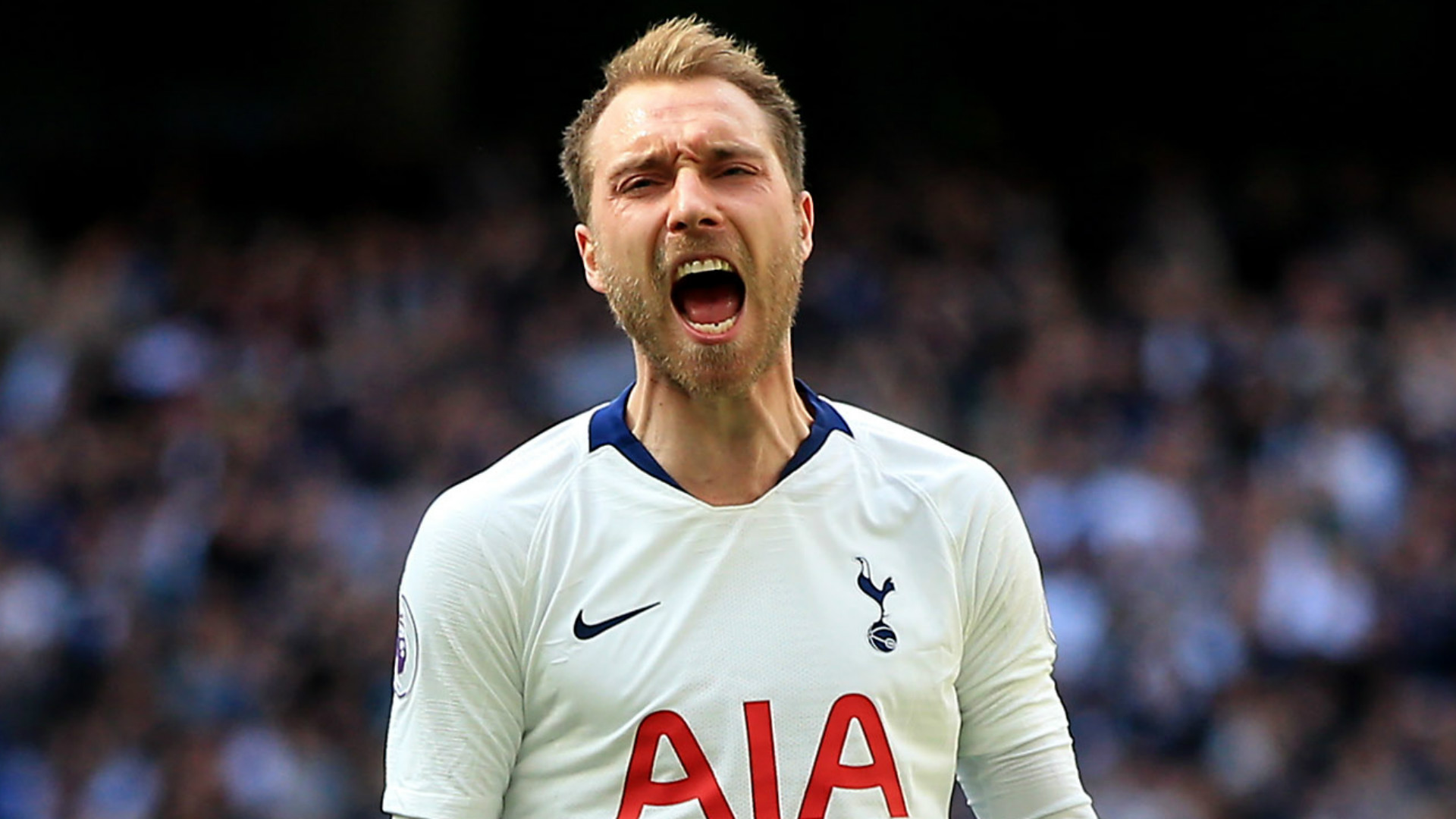 The Spurs head coach is hoping to see a Danish playmaker stay put, but concedes that admiring glances from afar may lead him away from north London

The Denmark international, who has entered the final year of his contract in north London, has hinted that a move could be made this summer.

He has been heavily linked with a switch to Spain, with long-standing suitors Real Madrid reported to have been joined in the chase for a talented 27-year-old by cross-city rivals Atletico.

Pochettino admits to being aware that efforts to lure a prized asset away from Spurs are being stepped up.

The Argentine is, however, refusing to concede defeat and is still hoping to see Eriksen remain in his current surroundings and commit to fresh terms.

Pochettino told reporters when quizzed on the future of a key creative influence: “I hope he will [stay].

“I think he is a great player, Christian. One of the biggest talents in football. After five years working with him, I am sure in the way that he plays, and I hope so, yes.

“But you know, there is a lot of interest. I hope yes, but I don’t know what is going to happen with that.”

Eriksen revealed in early June that he was weighing up his options, with it possible that he could be tempted into taking on a new challenge after six years with Spurs.

He said: "I have the wildest and deepest respect for everything that has happened in Tottenham, nor will it be negative. But I have also said that I would like to try something new.

"I hope there will be a clarification during the summer. That's the plan. In football you do not know when a clarification comes. It can happen anytime. Everyone knows it's best if it happens as soon as possible, but in football takes things time.

"It depends on [chairman] Daniel Levy and another club has to come. Or I have to sit down at the table and negotiate a new contract. You can't set a date yourself.

"There are not many points that Tottenham cannot meet. If I have to go, then hopefully it will be a step up.”

He added on links to Liga giants Real: "It's a step up. But it requires Real Madrid to call Tottenham and say they want me. And they have not done so yet, as far as I know.

"It is hard. It depends on the possibilities. If nothing pops up that is more exciting, why not stay in Tottenham? If I then sign a new contract, it depends on the conditions."