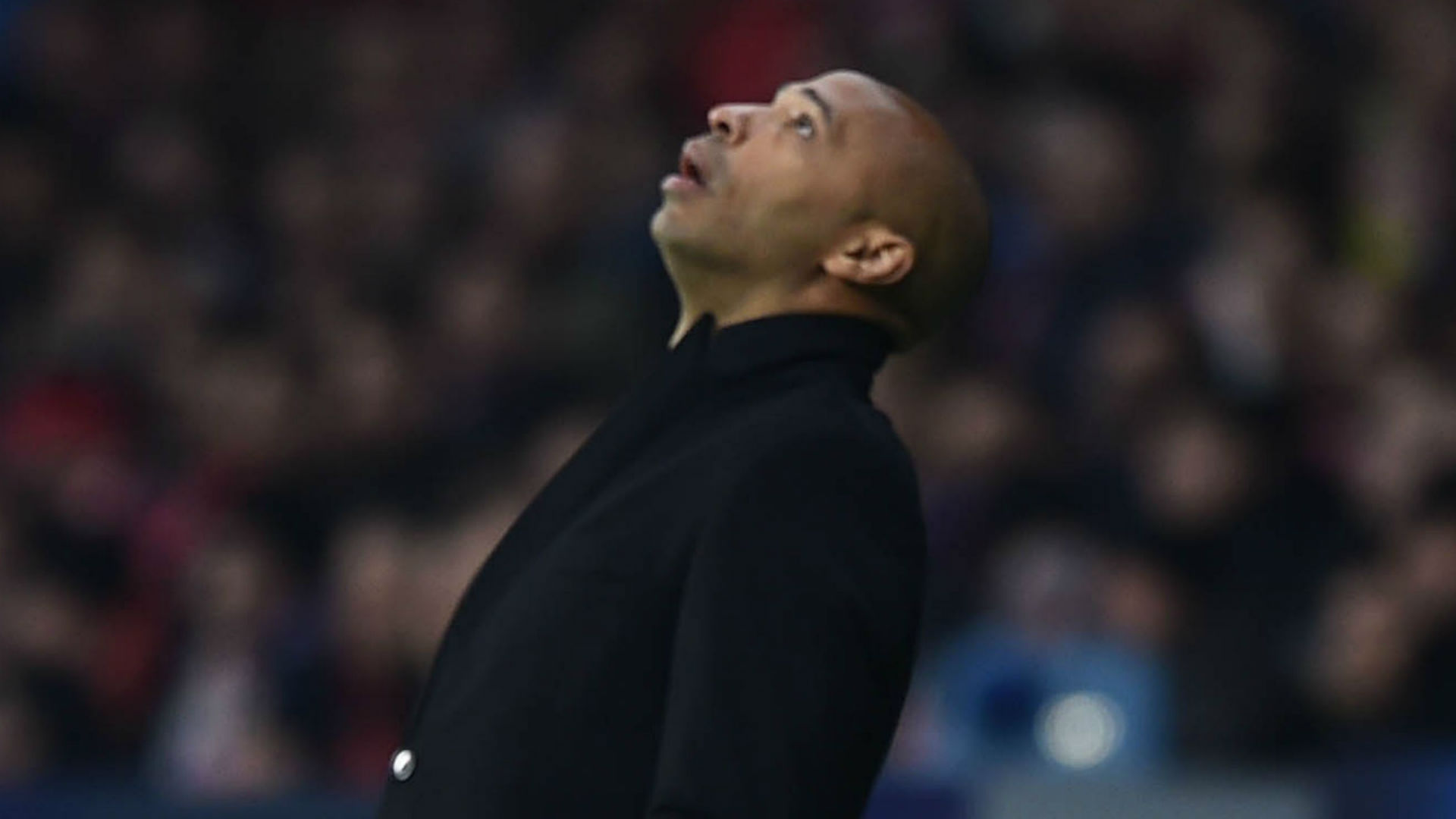 The hosts were up 1-0 for 80 minutes, but a pair of strikes in the final 10 minutes left them with yet another loss in Ligue 1

Thierry Henry had harsh words for his Monaco side after they coughed up a lead against Montpellier and slumped to a 2-1 Ligue 1 defeat Saturday.

Youri Tielemans broke a scoreless deadlock three minutes from the end of the first half to leave the home fans happy at the break with Monaco up 1-0.

The hosts held the lead until 10 minutes from time, when what looked like three points turned into none.

Gaeten Laborde leveled the proceedings in the 81st minute. Five minutes later, Petar Skuletic found the back of the net, putting Monaco in a late hole from which they would not recover.

Henry’s side have now dropped two straight, having lost to Atletico Madrid 2-0 midweek after picking up his first win in charge of the club November 24 against Caen.

The former France international was left frustrated by the performance and delivered a harsh assessment of his team, noting they need to keep their levels up for the entirety of the match, not just 60 minutes.

“A match is 90 minutes. It was good for an hour but we lost. Playing one hour is not enough to win a match," he said on the club's official site.

“We must find answers to not drop intensity after an hour of play. We managed to hold Caen, but not tonight.”

Henry admitted his side did certainly play well but failed to take advantage of their chances before late mistakes cost them the result.

“We did well for a long time, we managed to play between the lines from behind but we did not manage to put it away. I am thinking of the crossbar of [Aleksandr] Golovin in particular. After that moment, it became harder.”

“The first goal of Montpellier comes after a cross that we didn’t do well with, and the second on an individual error. We must refocus as quickly as possible to win a win in Amiens Tuesday.”

Monaco remain in 19th in Ligue 1 and are currently three points off their next opponent, Amiens, and safety. The win against Caen was the club’s only victory in any competition since August.