Pique: I will retire at Barcelona and Messi is very happy here 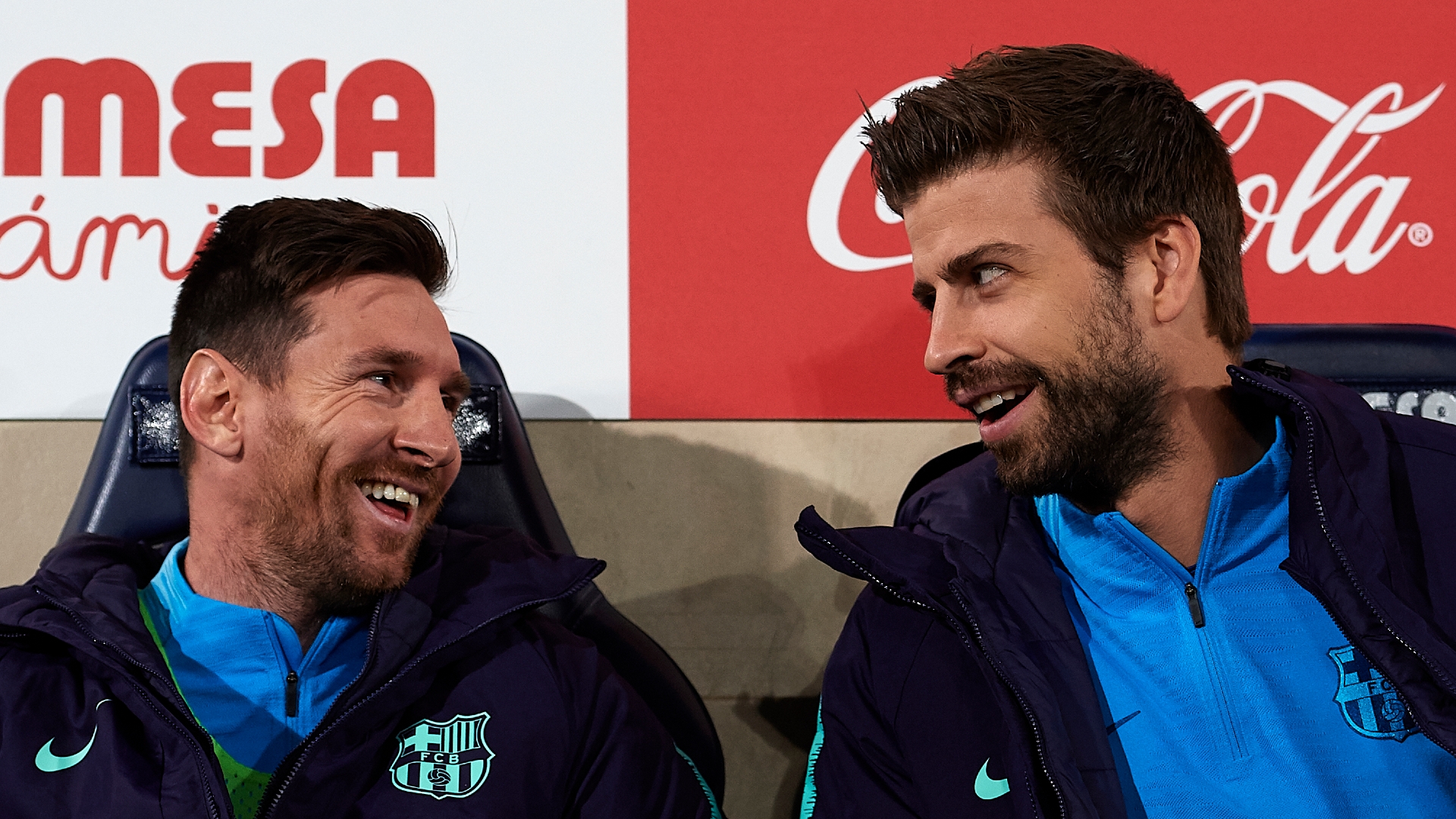 Gerard Pique says he plans on retiring at Barcelona, and he believes Lionel Messi is “very happy” at Camp Nou.

Pique, a product of Barca’s legendary La Masia academy, has played more than 550 times for the club since returning from Manchester United in 2008.

He turned 34 this week and, while he hasn’t suggested retirement is immediately on his mind, he has no desire to play for another club before he hangs up his boots.

“I play football because I'm representing Barca. I don't see myself on another team. I wouldn't have the motivation, it would be a drama."

When Pique does step away, he believes Barca already have his long-term replacement at the club in 21-year-old Uruguay international Ronald Araujo.

"Araujo is a great centre-back, and will be for 10 or 15 years. He has everything. He is very young and has a very good head. Also, he is physically strong, fast and powerful, and has good ball control.

“La Masia is working very well and during his time in Segunda B with the youth team he matured, and now with the first team he has taken the opportunity. We need to help him to be the best player possible."

Of course, the player whose future is immediately on fans’ minds is Messi.

Messi is out of contract at the end of the season and has been strongly linked with a move away.

Goal exclusively revealed that Messi has not held talks with any other clubs and will not decide his future until the end of the season – but, for the time being, Pique believes he is happy at Camp Nou.

"Events happened in the summer that ended in the best possible way because Leo stayed at Barca,” he said.

“I see him very happy right now and having him by my side is a guarantee of success."

"There are elections now, and I hope the members vote within the Covid limitations. All three candidates are competent. We need to look to the future."