A year is a long time in football.

In February 2019, Lauren Hemp earned her first call-up for England’s senior team, going to the SheBelieves Cup as a training player.

She wouldn’t play a game, but she would spend two weeks with the Lionesses as they lifted the trophy for the first time.

Twelve months on, the 19-year-old went to the same tournament as one of the most in-form players in any league.

Her start in England’s first game against the United States, the hosts and recently-crowned world champions, was her first for her country at senior level.

However, if you hadn't known that before watching the game, you wouldn’t have thought it after.

“There’s not many other games you want to make your first start for,” Hemp tells Goal.

The coronavirus pandemic may have brought a halt to the incredible season she has been having, but it allows the Manchester City star some rare time to reflect on what has been a whirlwind few months.

“It was just a massive occasion for me and I just wanted to showcase what I’m about: show that I’m creative, confident running at players, put balls in the box and try to help the team as much as possible. I think I showed that in those games.

“I’m just grateful for the opportunities I got at the tournament and I really enjoyed it.”

The Women’s Super League has been treated to those qualities and electric performances ever since Hemp made her debut for Bristol at the age of 16.

Her raw ability, coupled with a stand-out attitude, allowed her to thrive in the West Country, so much so that she was crowned the WSL’s PFA Young Player of the Year at the end of the 2017-18 season.

Just a few weeks later, she would join Manchester City in an environment that would not only take her game to the next level, but also perfectly complement the winning mentality behind her constant rise. 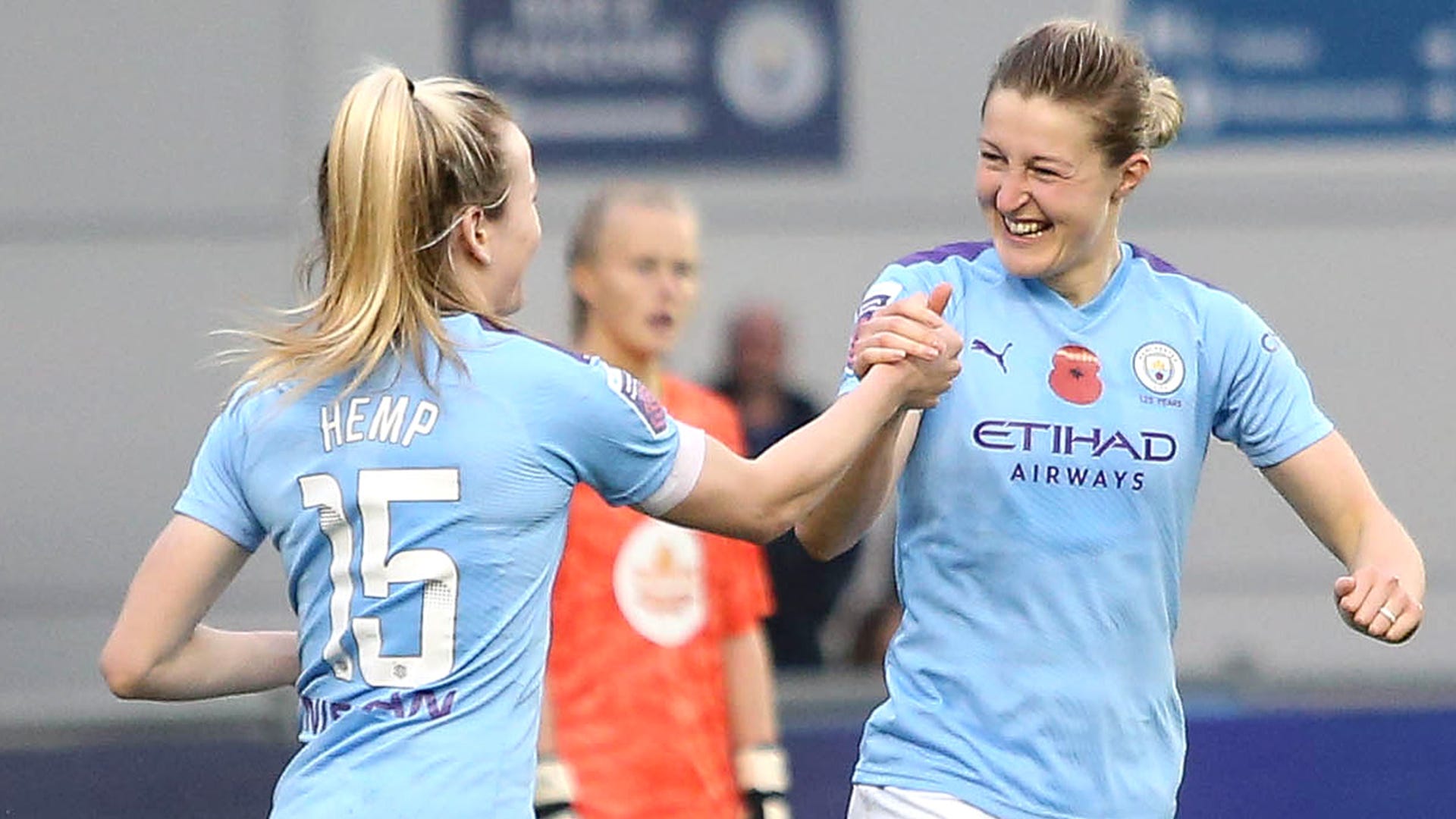 “I’m not sure where it started from, but I’ve always wanted to win,” Hemp explains.

“When you lose, it’s just draining. No-one likes losing. You’d be lying if you said you did.

“That feeling of winning and winning on the big stages, like when [Man City] played in the FA Cup final, the Conti Cup final as well, it’s just an unbelievable feeling and I want more of them when I’m older.

“I think being where I am is going to help me get moments like those throughout my career.”

In Manchester, Hemp is surrounded by winners and players who will only help her improve. Steph Houghton, the England captain, is one. Jill Scott, who has played 149 times for the Lionesses, is another.

“It was pretty daunting for me,” Hemp says, reflecting on her first day at the club. “Walking into that changing room for the first time, I was like, ‘Wow, this is really what it is like to be in this position!'"

Not that the move fazed her. After settling into the team and showing glimpses of what she could do last year, this season has seen Hemp throw herself right into contention for the individual awards when the season finally comes to its close.

Her knack for shining in the biggest games has been extraordinary. The teenager was a stand-out performer in the enthralling 3-3 draw with title-rivals Chelsea in February, just two weeks after she’d scored the winner against reigning champions Arsenal.

With five goals and four assists from 14 games, her contributions have been crucial to the form that sees City top the standings during football’s indefinite suspension.

Such form earned her a well-deserved England debut back in October, against Portugal, and an appearance off the bench against Germany one month later, in front of almost 80,000 fans at Wembley.

“She’s really good to be around, she’s really positive, she doesn’t really get stressed and she’s actually a pleasure to work with.

“She’s only going to get better because of her attitude.”

With the speed at which everything has happened, it might be easy for some to get carried away but Hemp is a credit to herself in the way that she stays grounded, despite her football constantly taking her to new heights.

She recalls “pinching herself” after scoring on her Bristol debut at 16, in the second tier of women's football, and then doing so again at Wembley, a stage on another level altogether.

“There are still just mad moments where I sit there and think, 'Is this really happening?'" Hemp admits. "I just look around and, ‘Wow!'

“How far I’ve come in the last year, and the last few years really... it’s all gone quite quickly.”

The one thing that is easy to forget is how far Hemp can still go. It’s only her fourth year in the WSL and she’s still just 19 years old. There is so much time on her side.

“At Man City, we try to provide the players with the best opportunity to get better. She’s really thrived in this area,” Mahon adds.