Brazil legend Pele is widely agreed to be one of the best footballers of all time, having excelled on the national and world stage for over a decade.

A prolific goalscorer for Santos and his national team, he remains part of a conversation which has expanded to include exceptional talents such as Diego Maradona, Lionel Messi and Cristiano Ronaldo.

Goal takes a look at Pele's achievements, including his goals, trophies and more.

How many goals did Pele score in his career?

The exact number of goals Pele scored in his career is a matter of dispute and figures vary, but he is reported to have found the net over 1,000 times.

According to FIFA's official website, Pele scored 1,281 goals in 1,363 games, but it must be noted that this figure includes date from a significant number of unofficial matches, such as friendly tours with Santos and the New York Cosmos. Guinness World Records, meanwhile, state that Pele scored 1,289 times in 1,363 matches.

The bulk of Pele's goals were scored for Santos, where he spent the majority of his career. He scored 643 goals for Santos in 656 competitive appearances. He netted 64 strikes in 107 games for the New York Cosmos.

The Rec Sport Soccer Statistics Foundation (RSSSF) reported that Pele's official goal tally - based on competitive matches only - was 767 goals in 831 games, though their overall (including unofficial games) tally varies from the others too, putting the Brazilian at 1,284 strikes in 1,375 fixtures. 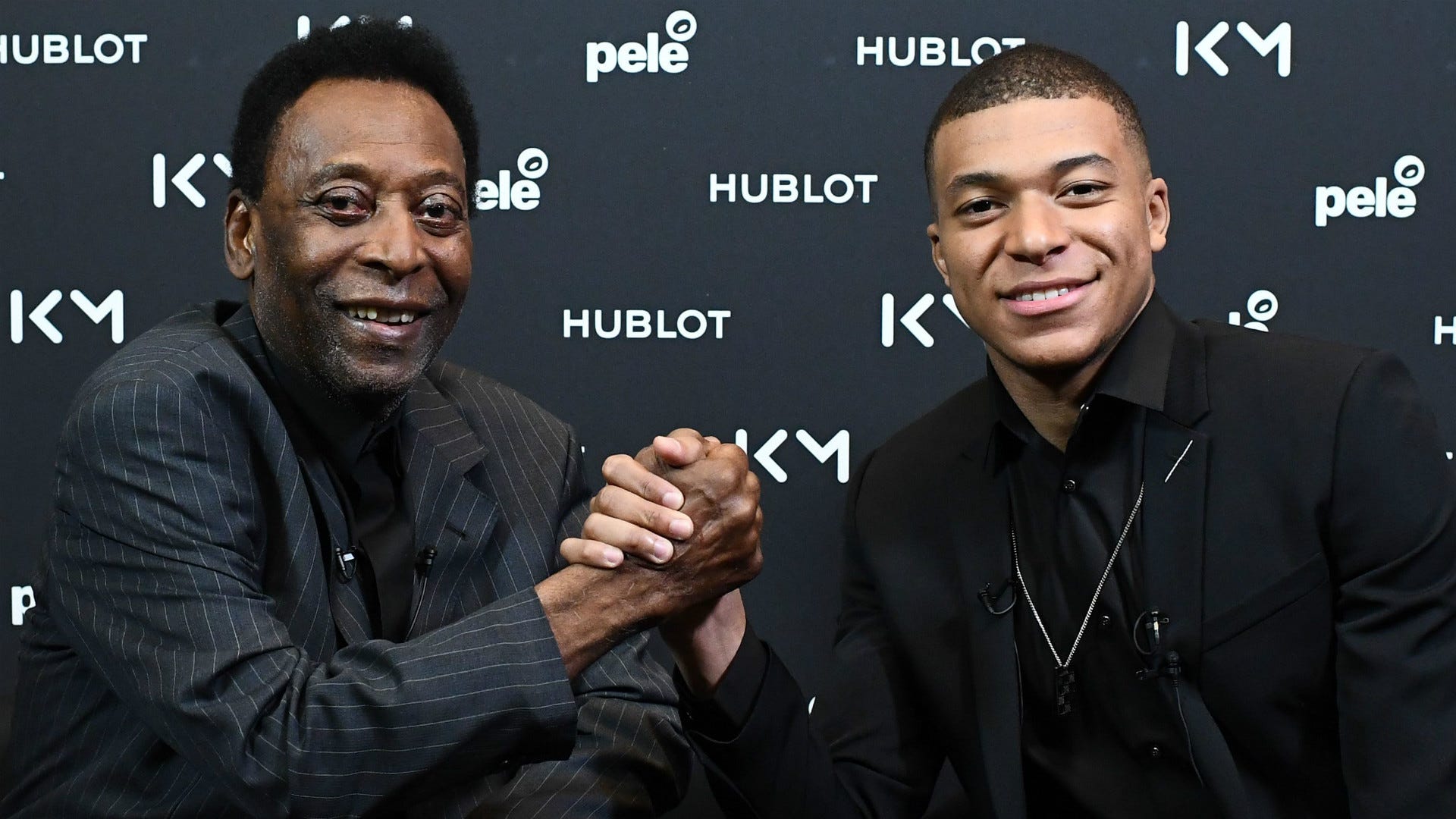 How many goals did Pele score for Brazil?

Pele scored 77 goals for Brazil in 92 appearances. He is the top goalscorer of all time for Brazil.

He scored his first goal for his country in 1957 in a 2-1 defeat against Argentina in Rio de Janeiro and continued to find the net regularly through the late 1950s, 1960s and into the 1970s.

Of Pele's 77 goals, 12 were scored in World Cups, with his biggest tally for a single tournament being six in the successful 1958 campaign.

His last goal for Brazil came in a 1971 friendly match against Austria in Sao Paulo, which ended 1-1. 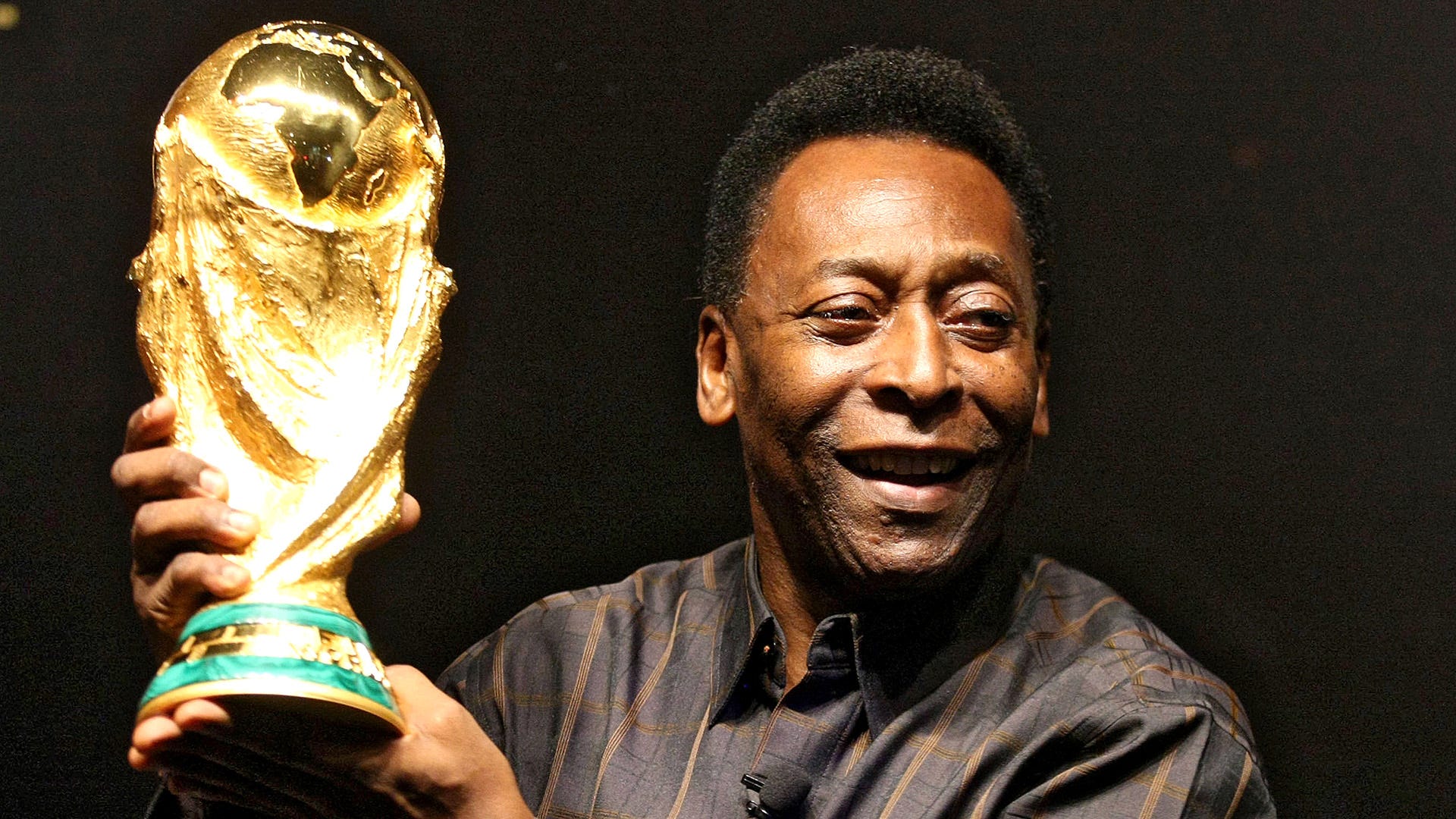 How many World Cups did Pele win?

The striker exploded onto the scene at the 1958 World Cup in Sweden, playing a pivotal role as the Selecao clinched their first ever world title.

Brazil won the World Cup again in 1962 in Chile, but Pele's influence at that tournament was unfortunately limited due to an injury sustained early in the campaign.

They could not defend their title at the 1966 World Cup as hosts England sealed glory, but reclaimed the crown in 1970, with Pele - an elder statesman among a cast of exciting stars - winning the Golden Ball.

What trophies did Pele win?

As well as three World Cups with Brazil, Pele was highly successful with Santos during his career.

Playing in what is sometimes referred to as a Golden Generation at the club, Pele won six Campeonato Brasileiro Serie A titles and two Copas Libertadores.

Having already won the World Cup with Brazil, he became a world champion at club level as Santos defeated Benfica to win the Intercontinental Cup in 1962, repeating the feat the following year against AC Milan.

Interestingly, Pele never won a Copa America (or, as it was known then, the South American Championship), with Argentina and Uruguay dominating the tournament during his playing days.

The legendary forward also never played in the Olympics