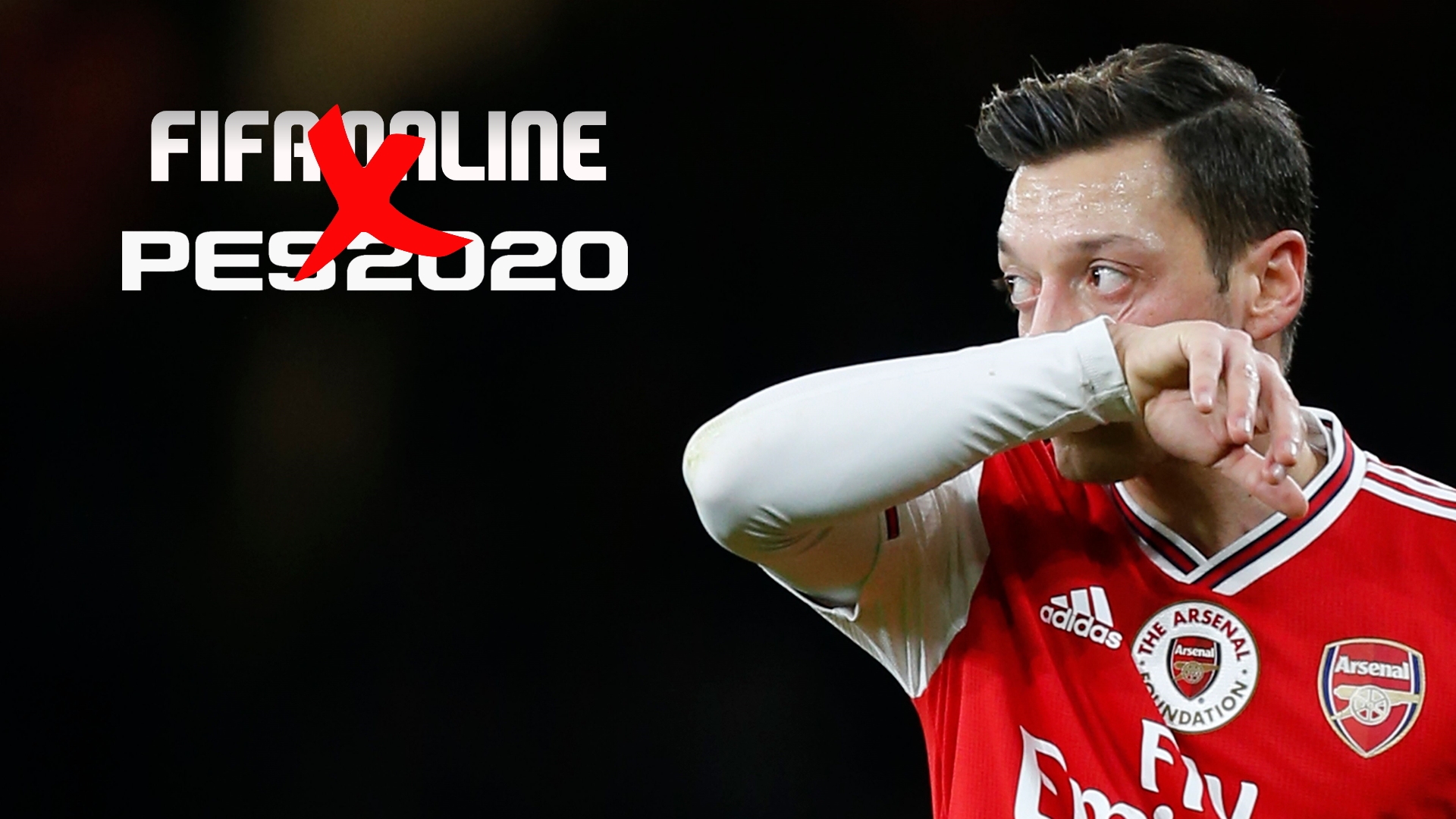 The saga involving Mesut Ozil and the country of China continues to roll on, with the Arsenal man now having been removed from the Chinese versions of popular football video game franchises FIFA and Pro Evolution Soccer.

The Gunners playmaker has found himself at the centre of diplomatic controversy following comments he made online in December, which prompted a number of responses, from both within China and outside the country.

And the latest development has seen his likeness withdrawn from the esports realm.

Why has Mesut Ozil been removed from FIFA Online & PES?

The decision to delete Ozil from the games comes in the wake of a social media post made by the former Germany international in which he called out China for their alleged persecution of Uighur Muslims in the north-western region of the country.

It has been reported that huge numbers of the ethnic minority have been placed in detainment camps, with Ozil using his online presence to highlight those reports.

He said: “East Turkistan, the bleeding wound of the Ummah, resisting against the persecutors trying to separate them from their religion. They burn their Qurans. They shut down their mosques. They ban their schools. They kill their holy men.

“But Muslims are silent. They won’t make a noise. They have abandoned them. Don’t they know that giving consent for persecution is persecution itself?”

NetEase, the company that promotes Pro Evolution Soccer in China, chose to remove Ozil from their franchise as his comments on the plight of Uighur Muslims “hurt the feelings of Chinese fans and violated the sport's spirit of love and peace,” adding: “We do not understand, accept or forgive this!”

Arsenal, who have business interests in Eastern Asia, moved quickly to distance themselves from Ozil's comments, releasing a statement of their own via Weibo (a popular Chinese social media platform) stating that their player's views do not represent those of the club.

A spokesman for China's foreign ministry, Geng Shuang, also replied to the 31-year-old, stating : “I don’t know if Mr Ozil has ever been to Xinjiang personally but he’s been completely deceived by fake news and false statements have influenced his judgement.

“We also welcome Mr Ozil to come to Xinjiang if he has the chance, to take a walk and look around, as long as he has a conscience, is able to distinguish right from wrong and uphold the principles of objectivity and fairness, he will see a different Xinjiang.”

Is Mesut Ozil deleted from all FIFA & PES games?

No. Arsenal fans outside of the world's most populous country will be glad to know that the star playmaker will remain in their games, both in the Arsenal squad for online and offline modes, and available to pull in packs in FIFA's popular 'Ultimate Team' mode.

Have any other players been removed?

The only other player to have been removed from either game – at least temporarily – is Marco van Basten, who came under fire for ill-judged comments made on air during a punditry stint on Dutch television .

Fox presenter Hans Kraay was interviewing Heracles coach Frank Wormuth in German, though his command of the language left something to be desired in the eyes of the former Ajax and AC Milan striker, who retorted: “Sieg heil, not so beautiful, pancake”, not realising he was still live on the microphone.

EA Sports made the decision to suspend Van Basten's ICON items being available in FIFA 20's Ultimate Team mode, stating: “We are aware of the recent comments made by Marco van Basten. We have an expectation that our commitment to equality and diversity is upheld across our game.

“As such, we will suspend Marco van Basten ICON items from being available in packs, SBCs and FUT draft until further notice.”

In years past, the only instances of players no longer being available in-game was through real-life tragedies, such as the death of former Nantes striker Emiliano Sala, who was no longer available in packs after he passed away.