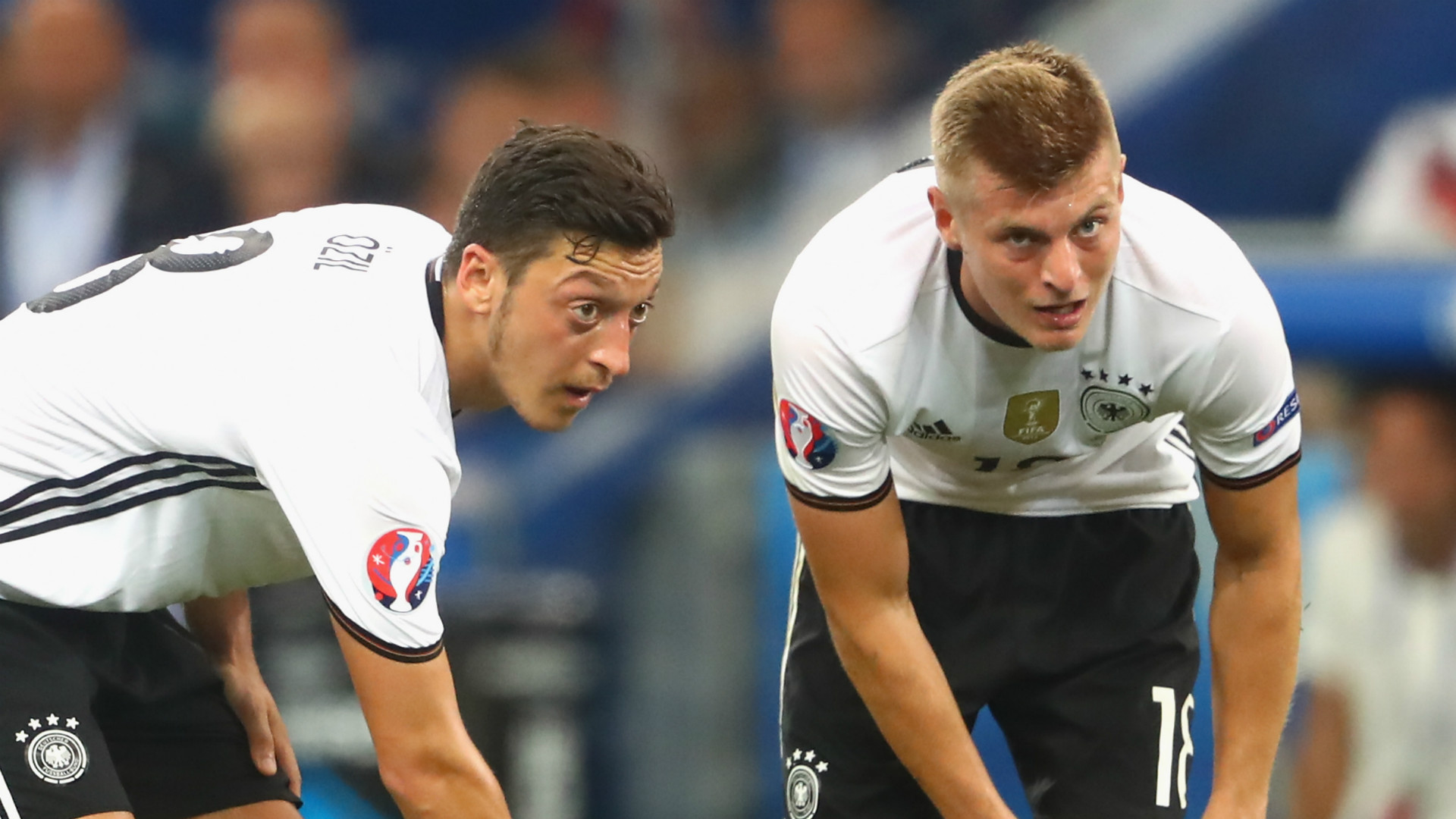 Mesut Ozil and Toni Kroos are perhaps the best footballers Germany has ever seen, according to compatriot Kai Havertz.

Havertz, who starred for Bayern Leverkusen last season, notching 20 goals and providing seven assists in all competitions, is seen by many as the future of his country's midfield.

And he branded those who criticised Kroos and Ozil, who each have 92 caps for Germany, as having little idea of the game.

“In my opinion, Mesut Ozil or Toni Kroos have been and are wrongly critcised for unnecessarily delaying the game or slowing the tempo down,” Havertz told the Rheinische Post .

“Who claims this has very little idea of the game. In my opinion they are perhaps the best footballers Germany has ever had.”

Ozil retired from international football after the 2018 World Cup, while Kroos appeared against the Netherlands in March of this year.

Havertz’s sensational form for Leverkusen has seen him linked with a host of teams, notably Bayern Munich, and he is tipped to be the first German player to command a transfer fee in excess of €100 million.

And the 20-year-old sees himself at a top side in the future, but for now is happy to remain with the club that gave him his chance.

“I hope to be at an absolute top club,” he added, when asked where he saw himself in two or three years’ time.

“There are five, six clubs that are among the best in the world and my goal is to reach such a level.

“Of course, I hope that I will win one or the other title in the next few years, experience a lot and make the most of my career.

“That’s what matters to me. The people in 30, 40 years only remember you when you have really achieved something. That is my goal.

“Next year I am 21 and that I want to take the next step at some point is very clear.

“No one in Leverkusen will be mad at me either. For every player comes a point at which he wants to evolve. We will see.”

“There is a lot of talk and writing in general, but I do not put much pressure on myself.”