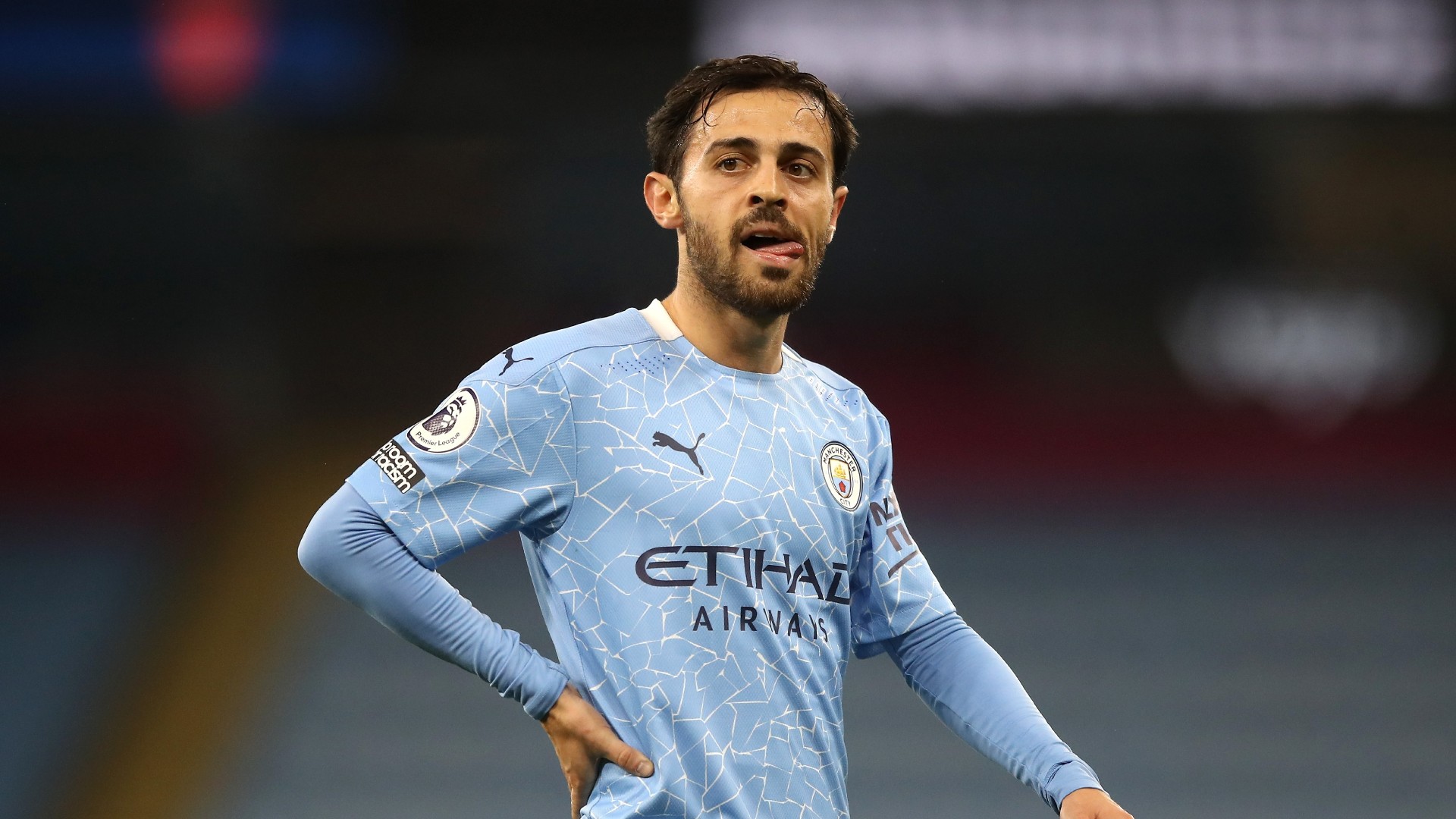 The Premier League giants have struggled in Europe's top club competition and want to change their fortunes, according to the playmaker

Manchester City are driven to perform better in the Champions League after their past failures, said playmaker Bernardo Silva.

The English side completed the group stage with a crushing 3-0 win over Marseille at the Etihad Stadium on Wednesday, with the match a dead rubber after City had already been confirmed as group winners.

City are yet to win the Champions League despite competing in the competition on nine occasions in their history, with a semi-final defeat to Real Madrid in 2015-16 their best result.

In the last three seasons, City have been eliminated at the quarter-final stage, with Pep Guardiola's side favourites to win all three encounters before being upset by Liverpool, Tottenham and Lyon respectively.

Silva said City are targeting at least the semi-finals and the club is pleased with their form in the competition - winning five of their six matches with a draw their only blemish.

"It was a good game. We knew we have already got first spot in the group and we are already qualified but it's always very good to finish the group stage with a good win, 3-0 at home," Silva told BT Sport. "On to the next one.

"It's a good start for us - we know it's not enough but it's a very good start. We're into the last 16 and our goal is to do better than we did in the last three seasons and that's what we will try to do."

Despite the comfort of the three-goal scoreline at full time, City went into the break with the match tied at 0-0, with Ferran Torres opening the scoring shortly after half-time.

On his return from injury, Sergio Aguero netted the vital second goal before Alvaro Gonzalez put through his own net in stoppage time to round out City's victory.

Silva revealed his delight at having Aguero back available for selection, and lauded the Argentine international for his career at Manchester City.

"Very happy [to have Aguero back], everyone knows how important he is for us," Silva said.

"He is one of best players to ever play for this club, he's a goalscorer and a fantastic guy to have in the dressing room as well. [It's] good to have him back."

Manchester City are preparing for a crucial derby against Manchester United at Old Trafford on Saturday, with the former currently sitting sixth in the Premier League table, one point behind their rivals.

Silva suggested City's momentum will help them against the Red Devils but was under no illusion about the challenge that lay ahead.

"It's been a few games that we've been winning, when you win it's easier to go into the next game and win again and win again," he said.

"So to have these games in a row winning of course it's very nice and we just want to keep the momentum going. We know we have a tough game against Manchester United at the weekend and we want to just keep winning."