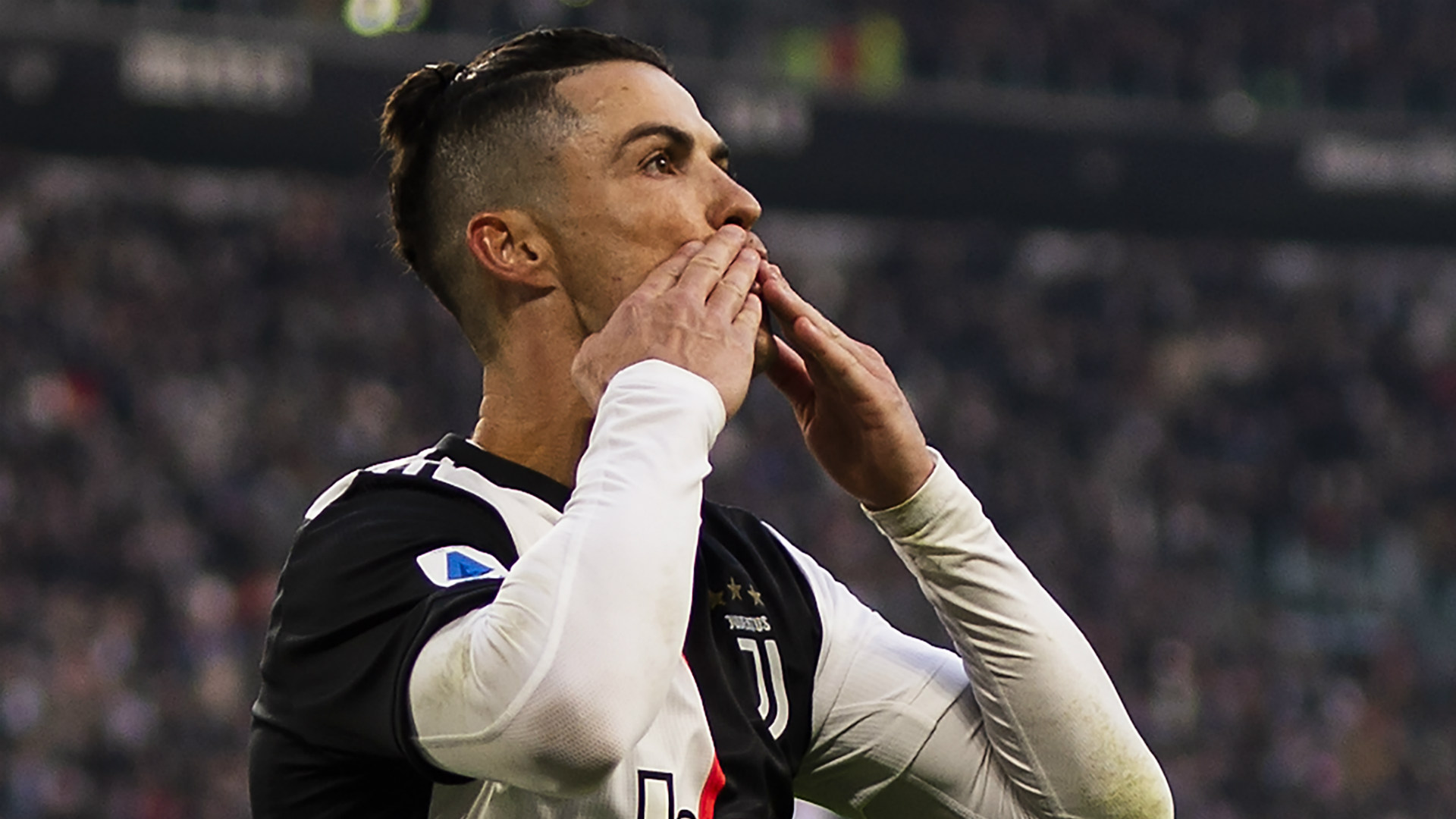 The five-time Ballon d'Or winner continues to strive to be the best, with one incident on the Real Madrid training ground illustrating that perfectly

Cristiano Ronaldo's pursuit of footballing perfection is so great that he gets upset if he misses even one shot in training, according to his former Portugal team-mate Costinha.

Five-time Ballon d'Or winner Ronaldo is regarded as one of the finest players to have ever graced the game, having shone for Manchester United and Real Madrid before joining current club Juventus in 2018.

He has, however, been criticised at times for his apparent anger towards team-mates should passes go astray or others shoot when he believes himself to be in a better position.

Costinha, though, believes that his compatriot would not be the player he is today if he were not always striving to be the best he can be.

That was no more apparent than when Costinha visited Madrid's training ground ahead of their Champions League semi-final second leg against Bayern Munich in 2012.

Invited to the Spanish capital by his former manager at Porto, Jose Mourinho, Costinha witnessed Ronaldo become upset and train away from his team-mates having failed to perfectly complete a shooting drill.

"Madrid's players were shooting against the goalkeepers and in 20 shots, he [Ronaldo] missed one," Costinha tells Goal. "Most other players missed six or 10.

"When he missed, everyone started joking with him and he became very upset. He then picked up a bag of balls and he went shooting alone on goal. For him, he had to shoot all 20 well. How many players can do that?

"It showed his character. He doesn’t allow himself to miss one chance. This is very important. Some people see him upset on the pitch because a pass isn’t good or he does a bad shot and they misunderstand him. His character is just like this.

"I even asked Mourinho after training: 'What happened with Cristiano?' He said to leave him and that he will be ready. He was so focused on what he had to do that he didn’t accept a miss, especially when everyone was joking and they knew he would get upset. He is a fantastic guy and footballer."

Costinha played alongside Ronaldo at both Euro 2004 and the 2006 World Cup, having previously lined up alongside the forward for his international debut against Kazakhstan in 2003.

And he is thrilled with the way his compatriot has gone on to taste success at both club and international level, with Ronaldo captaining Portugal to both the Euro 2016 and 2019 UEFA Nations League titles.

"You could see immediately that he wanted to become the best," Costinha says. "He trained to be the best. He was really amazing.

"He was a player who respected the older players and he asked a lot of questions to become better. Bit by bit, he took his spot in the team, and Portugal has benefitted a lot from his personality and leadership.

"He works hard. He doesn’t sit and wait for things to arrive to him. He searches out how to be a better player. If he sees people saying someone in the opposition's team is better than him, then he must show him and the world who really is the best.

"He benefitted a lot from Sir Alex Ferguson at Manchester United, and that team made him more aggressive. It taught him when to dribble and when to pass the ball. Still, his belief was so strong that he would rise up the ranks.

"It isn't possible not to love Ronaldo unless you are jealous. He is humble and I am happy for the success he had today. I saw him work to become the best and I am Portuguese, so he makes me proud."

The high point of Costinha's own playing career came in 2004 when he helped Porto win the Champions League title under Mourinho.

Combative midfielder Costinha famously scored the winning goal in his side's last-16 win over Manchester United – a strike that was infamously celebrated by Mourinho charging down the touchline at Old Trafford.

Porto would go onto knock out both Lyon and Deportivo La Coruna in the latter stages before beating Costinha's former club, Monaco, in the final.

And though the 45-year-old credits Mourinho for much of their success, he revealed that an unlikely source provided the inspiration for their win over Lyon in the quarter-finals.

"Lyon were a fantastic team. They had Michael Essien and Florent Malouda, who both went to Chelsea in England," he says. "They also had Elber, Juninho Pernambucano and Sidney Govou.

"I remember I called Claude Puel, who was my coach in Monaco, and he gave me advice. He said: ‘Costa, Lyon are always slow in the first 10 minutes of the first and second half'.

"I told that to Mourinho, and if you see the goals we scored against them, they were in those first 10 minutes of either half.

"We were playing very good football and we were confident after beating Manchester United. It made other clubs a bit scared of us. We were known in Europe despite not being in the top group of European clubs.

"After beating Lyon, we faced a fantastic Deportivo La Coruna side. In the first leg, we drew at home 0-0. We went there and all the city had Spanish or La Coruna flags out. Mourinho stopped the bus, he looked at us and said: ‘See, they already believe they are going to the final. Are you going to allow this to happen?’

"He was inside our heads before the game. We played a perfect game and played very well. We had eight players on yellow cards who were trying not to get a yellow so they could play in the final. None of them got a yellow card, which showed we were very focused on what we wanted to do.

"In the end, we arrived at the final against Monaco. It was a fantastic victory for this group. We had almost all the city of Porto waiting for us. I think almost all the players said after winning the Champions League that it was because of the mentality that Mourinho gave us.

"I don’t think the players understood the importance of winning the Champions League. We just thought: ‘Oh, okay, we won another one.’ Every time I go abroad it means something to be a Champions League winner, which makes me understand now how important it was to win it."

Having worked under managers such as Mourinho, Puel, Antonio Conte and Luiz Felipe Scolari during his playing days, Costinha is now looking to make his way in the coaching world.

He retired at the age of 35 before taking up the role of sporting director at Sporting CP in 2010, but lasted just a year in the role. He took up a similar position with Swiss side Servette before being appointed as manager of S.C. Beira-Mar in 2013.

He has gone onto manage Pacos Ferreira, Academica and Nacional in his homeland, and having recently completed his UEFA Pro Licence in Scotland, a man who speaks English, Spanish, French and Italian is keen to earn a job outside of Portugal.

"I want to be an important coach," he says. "I want to win titles as a coach but I know it is very difficult and you have to work a lot. I understood in this year that I needed to improve in certain areas, so this break [since leaving Nacional in 2019] was also important for me.

"You need to speak the languages when you move. I watched movies and listened to music in English which helped me learn as a kid. I used to watch romantic comedies and listen to rock music like AC/DC, Def Leppard and Whitesnake.

"I always tried to understand the lyrics so learning English, for me, was comfortable. I am very happy I took those measures. I also speak French, Italian and Spanish, but not Russian despite playing there.

"I am just waiting like all coaches who don’t have work. I have had a few offers and I am studying those offers, but I want to coach at a high level. This must be step-by-step, but I am anxious to start again.

"In the beginning, I didn’t think I would love this job, but I enjoy it and it is something that gives me a lot of pleasure. I like teaching my players and passing on my knowledge.

"I want to make players believe that they can arrive at these top clubs like I did after playing in the lower leagues. Of course, you need talent, and if I didn’t have talent, then I couldn’t get there. I think the mentality is the right word to give to this subject, and for the players to achieve something like this in their career.

"I have influences of many coaches in my time. I learned from them all: Mourinho, Puel, Conte, Scolari, Javier Aguirre. Football is changing. Everybody is looking and trying to adapt football in the best way possible.

"You look at other ideas you can adapt for your club, but different players mean you create different ways. I see many fantastic coaches around Europe but I have my own philosophies.

"Then, I looked at [Jurgen] Klopp, [Diego] Simeone, [Thomas] Tuchel and [Julian] Nagelsmann. You can look at them to pick up things for the future."