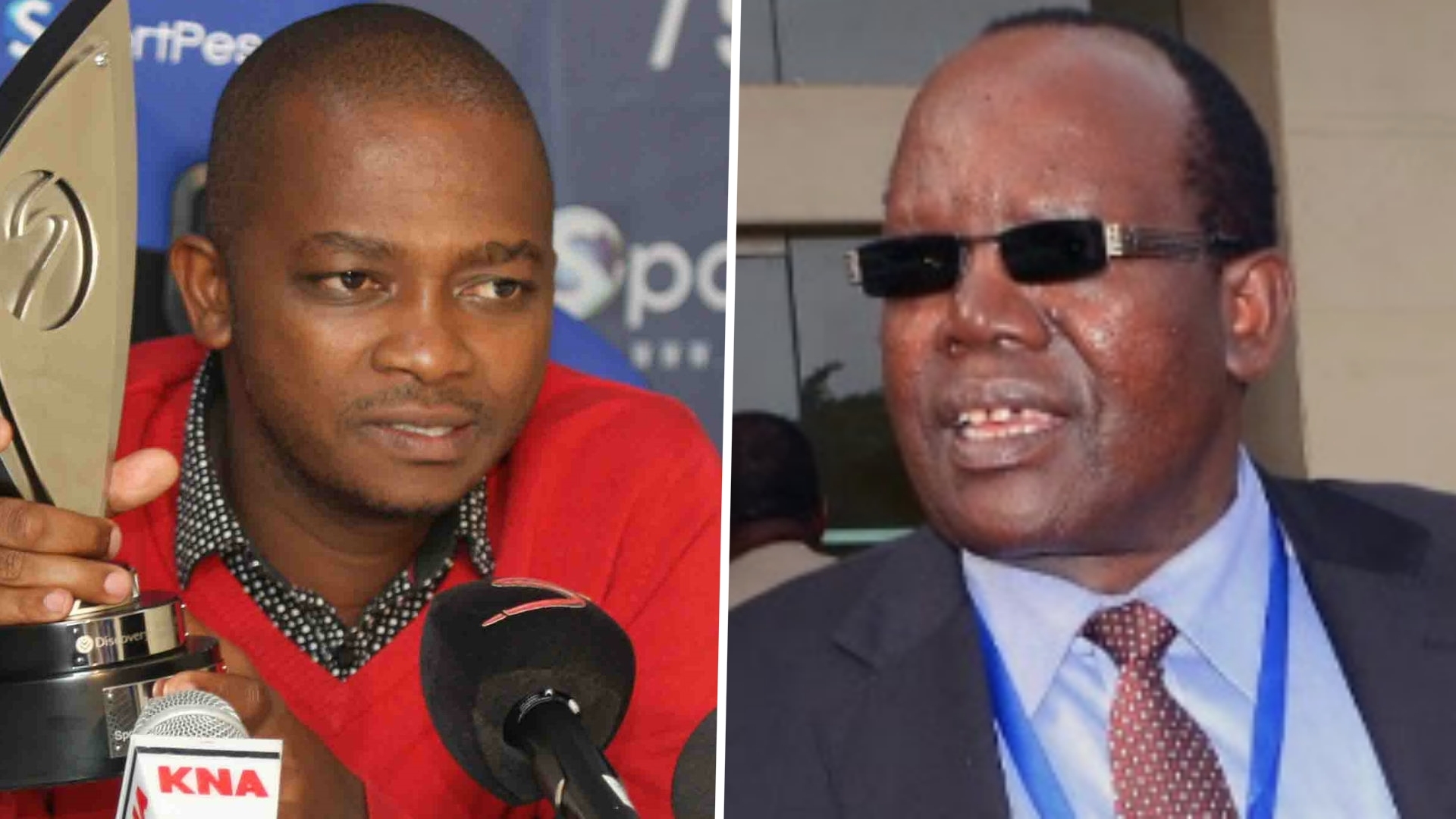 The former FA chief has criticised the current administration for how it has handled numerous matters, including the Ingwe-K'Ogalo fiasco

Former Football Kenya Federation president Sam Nymaweya has revealed a strategy that will advance change against the Nick Mwendwa administration.

This comes after the National Executive Council and Mwendwa announced a combined Ksh10 million fine against Gor Mahia and AFC Leopards chairmen Ambrose Rachier and Dan Shikanda for skipping a Premier League fixture.

"FKF has treated Kenyans and the principal football stakeholders to a comedy of errors and theatrics, courtesy of a sophomaniac leadership suffering from a delusion of "superintelligence"," Nyamweya said in a statement obtained by Goal.

"Theatrics and antics peppered with haughty arrogance have been the hallmark of FKF leadership since February 2016 to date. The astronomical levels of incompetence, bias, and ineptitude have beleaguered the Nick Mwendwa lead administration.

"The events of August 1, 2021 and the purported sanctions imposed on Gor Mahia and AFC Leopards and its officials,  have broken the proverbial camelback, and we the football stakeholders are no longer at ease, the centre can no longer hold and things have fallen apart.

"Gor Mahia and AFC Leopards are not just football teams, they are the pillars of Kenyan football and institutions in their own right."

Nyamweya asked the current administration to respect the top-tier sides and stop antagonising their fan bases.

"When a rogue football administration led by a neophyte wannabe attempts to antagonize the two clubs on which Kenyan football gravitates, then we, the principal football stakeholders, must arise and stop him on his tracks," he added.

"We the principal football stakeholders, do hereby put FKF, Nick Mwendwa, and his cronies on notice and demand that.

"Nick Mwendwa and his cronies at FKF cease and desist from antagonizing Gor Mahia Football Club, AFC Leopards SC, and their supporters, fans, and officials.

"Nick Mwendwa and his cronies rescind any purported disciplinary action against Gor Mahia FC and AFC Leopards SC and their leadership within 72 hours from the date of this press conference.

"That the 2020 - 2021 FKF Premier League be forthwith halted and an audit of the results of all the matches played hitherto be undertaken by an independent firm."

The former FA chief also touched on match-fixing after the FKF suspended five referees who were allegedly involved in the vice.

"All accomplices and perpetrators of match-fixing and or match manipulation are suspended forthwith, including FKF officials and staff members involved," he continued.

"Directorate of Criminal Investigations DCI and EACC, arrest and prosecute Mwendwa for fraud and obtaining by false pretence taxpayers' money totalling Ksh 11 Million as per the Auditor General's report for the year 2019-2020.

"Directorate of Criminal Investigations and EACC arrest and prosecute, Mwendwa, FKF NEC members and staff members of FKF for failing to account for Ksh57 million of taxpayers' money as contained in the Auditors General report for the year 2019/2020."