'Nobody has won more than me!' - Jorginho talks up Ballon d'Or chances after Euro 2020 and Champions League triumph 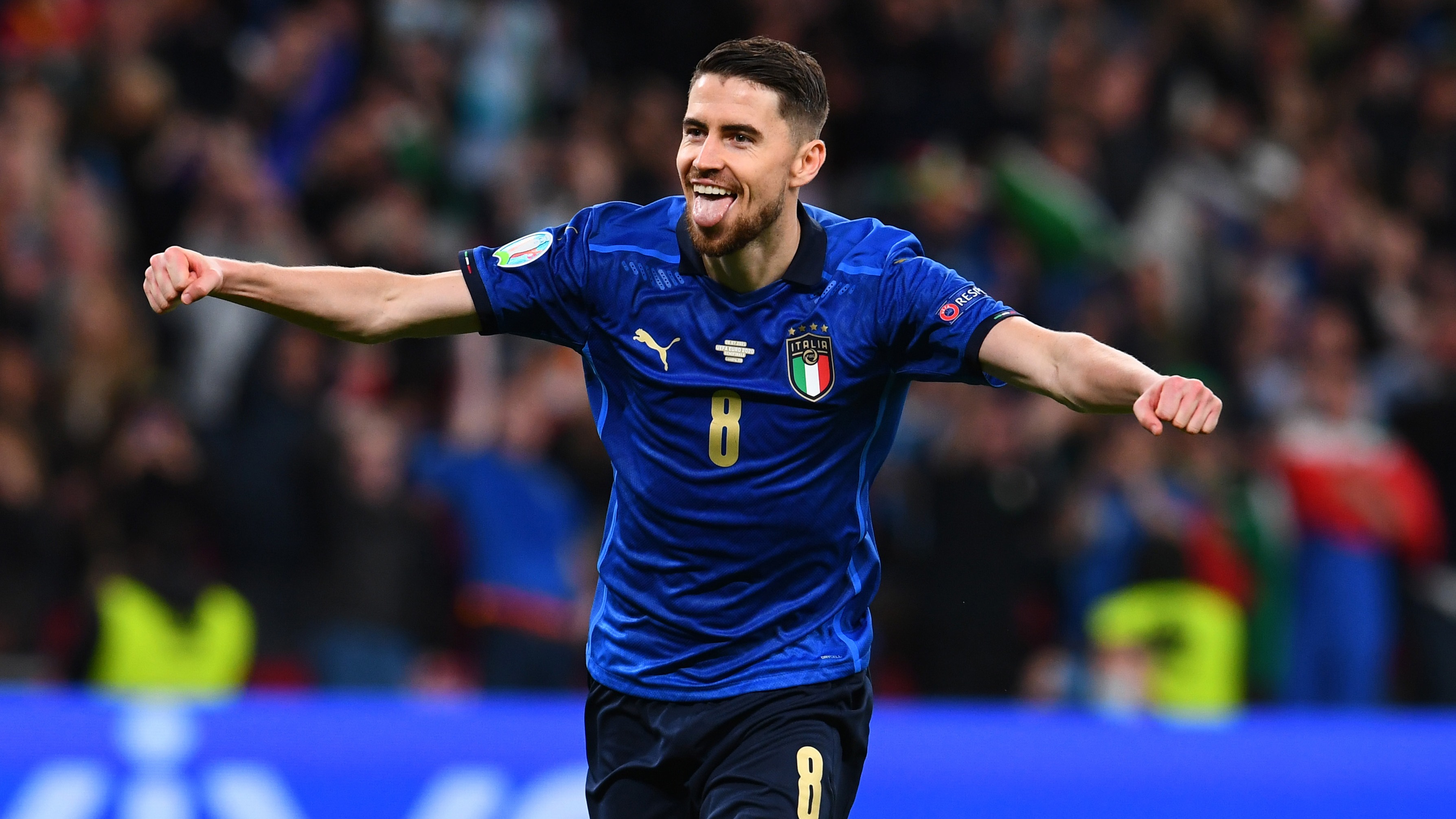 After nabbing major prizes, the Chelsea midfielder and Italy international feels he could be in the mix for another honour

Jorginho sees no reason why he could not prove to be a shock winner in the race for this year's Ballon d'Or, noting that nobody has won more trophies than he has this season in terms of his rivals for the prized honour.

The Chelsea and Italy star has enjoyed a richly successful few months for club and country, claiming Champions League and Euro 2020 glory with a string of pivotal performances.

Speaking in the wake of the Azzurri's penalty shootout triumph over England at Wembley over the weekend, the midfielder feels he has a chance of being named the best player this year.

"We all have dreams," the Brazil-born playmaker told SporTV. "But, I'll be honest, it depends on the criteria that the decision is based on.

"If we're talking about talent then I know I'm not the best in the world. But if it's going on titles, then nobody has won more than I have this season.

"How could I compare myself to [Lionel] Messi, Neymar or Cristiano Ronaldo? They've got completely different characteristics to me. But, I repeat, it depends on the criteria."

On the back of a busy international calendar, the race for the honour bestowed by France Football is hotting up, with Jorginho firmly in the mix among a number of key contenders.

Having been cancelled last year due to the Covid-19 pandemic - when Robert Lewandowski was the presumed frontrunner following frustrating campaigns for both Messi and Ronaldo - the award is set to return this term with familiar faces contesting the race at the top.

Per Goal's Power Rankings, Messi's triumph at the Copa America has further cemented the Argentina star's place in top spot, while Lewandowski's record-breaking year with Bayern Munich has kept him in second.

Jorginho's superb Euro 2020 however has catapulted him from outside the top half-dozen contenders into third place, edging out Chelsea team-mate N'Golo Kante in the race for the ceremony later this year.