Match-by-match, week-by-week, Phil Foden is giving Pep Guardiola absolute no alternative - he is ready to be Manchester City's homegrown superstar.

Two more goals and a decisive performance full of creativity and spark helped cut open a Burnley side that still harboured hopes of sneaking a European place heading into Monday's clash. It also keeps the title race alive, at least for a couple more days anyway.

Guardiola has tried holding academy graduate Foden back, warning him that there are no free passes into his starting line-up. The Catalan has told the youngster he has to earn his place, and that means competing with Kevin De Bruyne, David Silva, Ilkay Gundogan and Bernardo Silva for a starting spot - matching their quality, energy and consistency.

The City boss keeps pushing the 20-year-old for more, and Foden keeps responding.

On Wednesday, Foden started on the bench for City's first match of the Premier League's 'Project Restart' as they recorded a comfortable 3-0 victory over Arsenal. The midfielder, though, was still able to make an impact with a dynamic cameo while rounding off the scoring following a move he started on the edge of his own box.

Against Burnley he started, with Guardiola having the luxury of being able to make eight changes to his line-up on the same night his opposite number, Sean Dyche, could not fill his own substitutes' bench due to a combination of injuries and contractual issues.

Despite that, the Clarets boss set up his side to be typically defiant, and City had barely created an opportunity until Foden opened the scoring from 25 yards with a clinical low finish from the edge of the box midway through the first half.

With defenders and midfielders massed in the penalty box, Foden, who celebrated his birthday during the period of lockdown, took responsibility. Rather than swiping over a cross, he produced a finish of confidence and precision expected from the world's top players.

It opened the floodgates for another typically emphatic City victory, with Foden the tormentor-in-chief. His opener was the highlight of a standout performance that gives more credence to Guardiola's belief that he can forget about looking for attacking midfielders in a volatile and unpredictable transfer market at the end of the season, knowing he has David Silva's successor ready and waiting.

Foden's neat ball into Sergio Aguero led to the Argentina international being brought down for the penalty for City's third, and Riyad Mahrez's second of the night. After the break his clever reverse pass picked open the Burnley defence, allowing Bernardo Silva to set up David Silva for the fourth.

Twelve minutes later Foden was in the right place to tap in a fifth as he kept pushing his team-mates for more.

Such is his intelligence and movement, Foden was able to step seamlessly into a role on the left wing before being replaced late on by Leroy Sane. After his man-of-the-match performance on the opposite flank in the Carabao Cup final victory over Aston Villa three months ago, it is clear he is versatile as well as supremely talented. 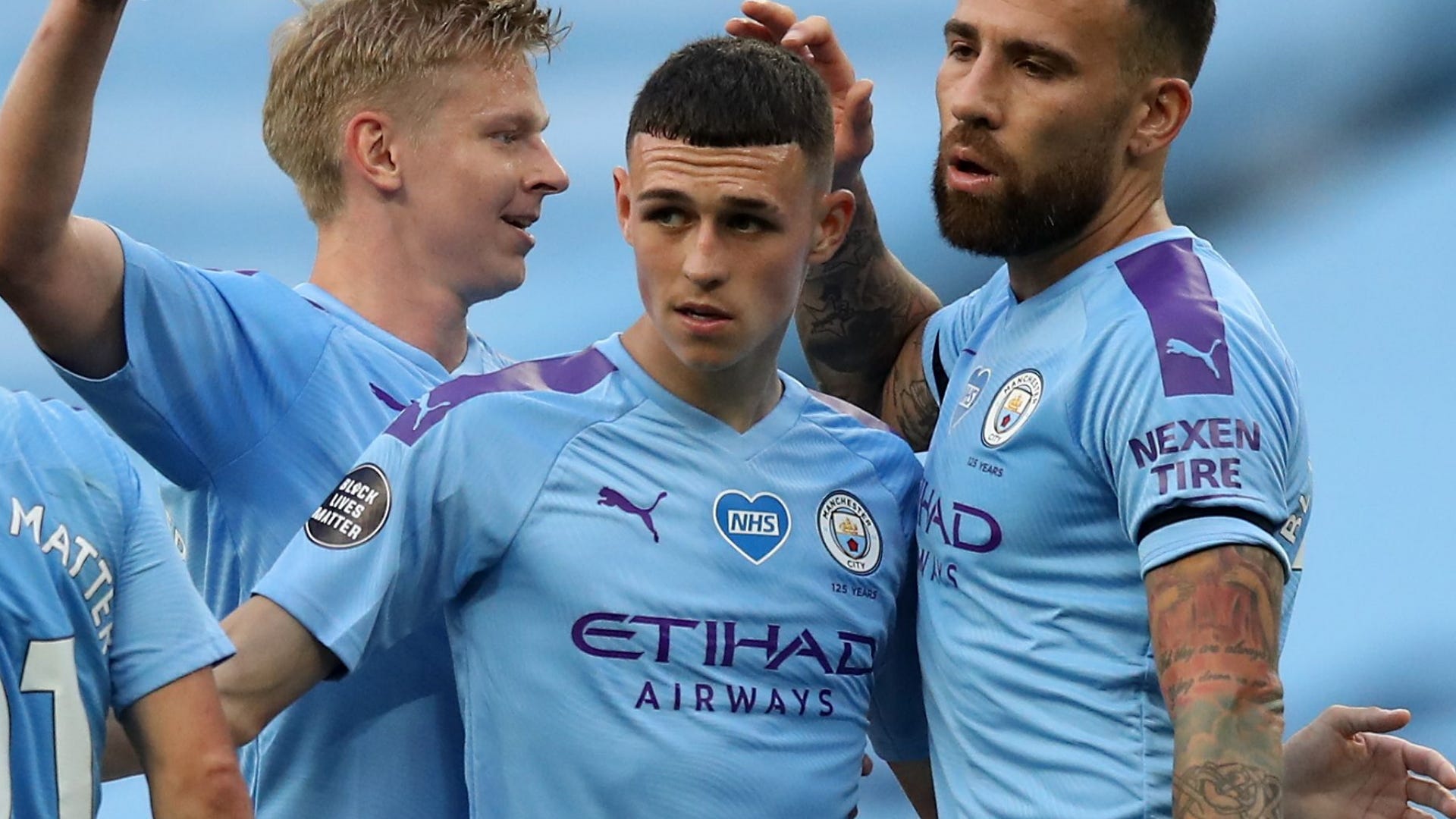 Foden was itching for regular starts before lockdown, and the enforced three-month break has done nothing to dampen his appetite. Indeed, his love of the game has forced City to step in and stop him playing street football with his friends in his hometown of Stockport, while he was also reminded of his responsibilities when he breached social distancing guidelines amid the coronavirus pandemic and was pictured having a kickabout at Formby beach on Merseyside.

But with the Premier League now back and fixtures every three or four days, Foden will naturally be given more opportunities than normal. The title race is over, and Guardiola - along with new assistant manager Juanma Lillo - can start building for next season.

Gareth Southgate, too, will be watching on with interest. The England manager is a huge admirer of Foden's, and his inclusion in the Three Lions' squad is dependent on him earning regular starts at club level.

Foden could be one Englishman to truly benefit from the disruption of the football calendar and the cancellation of Euro 2020. He would no doubt have been kicking around the beaches of Europe this summer, but a 12-month delay of the continental championship, followed by the World Cup a year later, gives him extra time to force his way into the England squad for those tournaments.

Southgate has shown he is not afraid to give young players a chance, with Jadon Sancho and Callum Hudson-Odoi - who like Foden were born in 2000 - already established as senior internationals. There are few more gifted playmakers that Southgate can pick from, but international tournaments are for the future, and for now Foden must focus on the present.

With the prospect of a mini-Champions League tournament in Lisbon to come in August, there is still time for Foden to make a big impact on one of the biggest stages of all this campaign.

There can be no arguments now that he is ready.