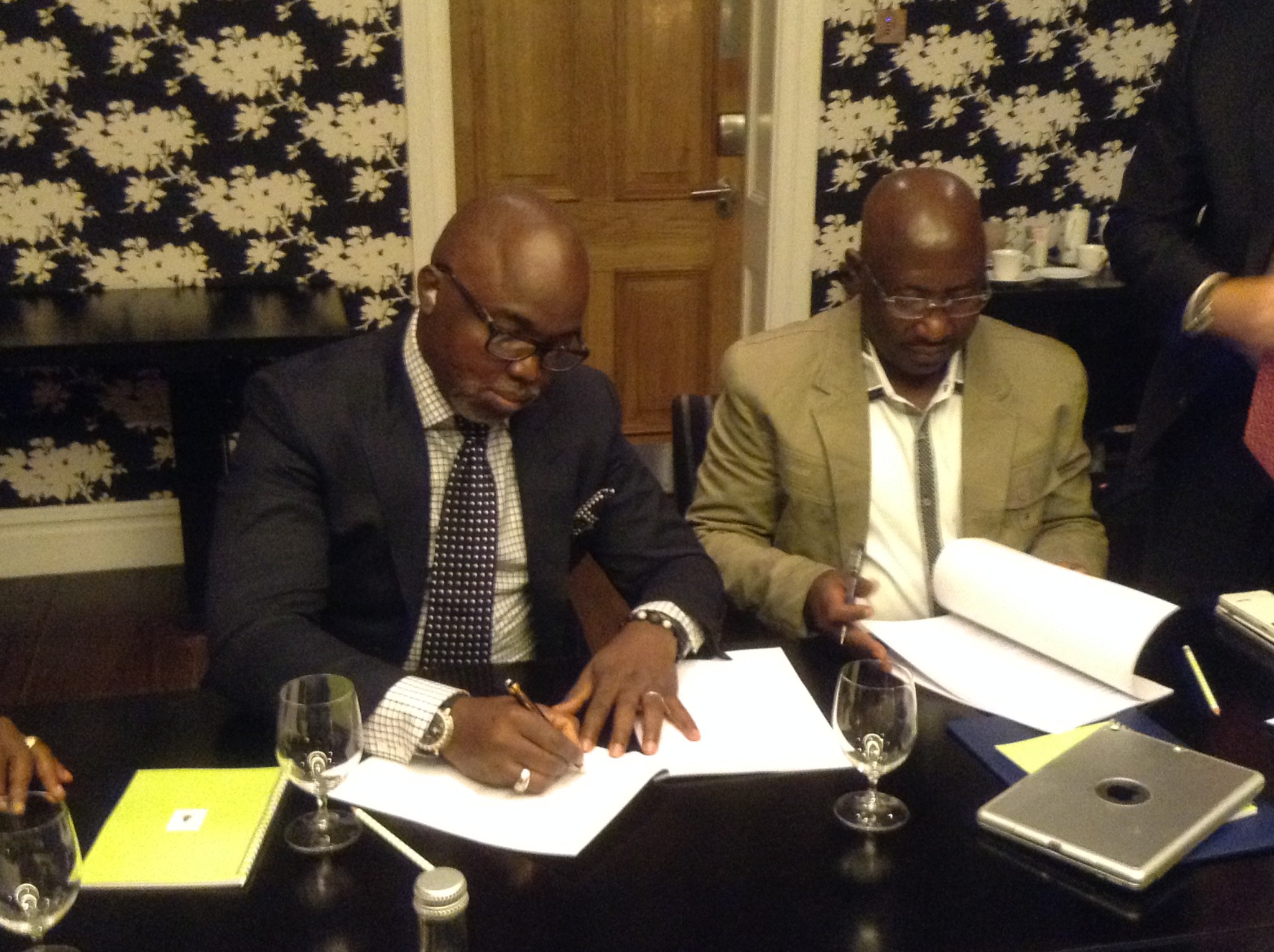 The Nigeria Football Federation (NFF) on Wednesday dismissed charges of alleged corruption filed against its officials by the country's federal government.

On Tuesday, the Special Presidential Investigative Panel (SPIP) filed a case against five NFF officials at the Federal High Court in Abuja.

The five men face charges of failure to declare their assets, and alleged diversion of funds worth $8.4 million paid by Fifa as Nigeria's Brazil 2014 World Cup appearance fee.

But the NFF, through its spokesperson Ademola Olajire, described the charges as frivolous and totally baseless, while challenging the competence of the Obono Obla-led agency.

"The Nigeria Football Federation notes that it has been inundated with enquiries about charges allegedly filed against its leadership (Amaju Melvin Pinnick, Seyi Akinwunmi, Shehu Dikko, Ahmed Fresh and Mohammed Sanusi) by the Federal Government of Nigeria," said Olajire in a statement on Wednesday.

"NFF denies that FG has filed any such charges. NFF states that the orchestrated media blitz about the existence of such charges is nothing but the desperate and malicious efforts of the Chief Okoi Obono-Obla led Special Presidential Investigative Panel to lend itself as an instrument of cheap blackmail in the fight for the political leadership of NFF.

"Currently pending before the Federal High Court, Abuja is Suit No. FHC/ABJ/CS/17/2019 filed by NFF against SPIP and 3 others, including Chief Obono-Obla himself. NFF in the suit is challenging the competence of SPIP under the law to purport to investigate or prosecute NFF or its leadership.

"We wish to state categorically that the charges filed by SPIP are frivolous and totally baseless.  They are aimed only at scandalising the NFF and its leadership and nothing more, in order to mislead the unwary and uninformed.  This is evident from the great facility with which the news of the charges which were registered at the court’s registry today, May 7, 2019, has been widely disseminated by SPIP and its collaborators.

"For instance, SPIP alleges that the leadership of NFF moved N4Billion from NFF on 3 November 2018. The maliciousness and falsity of this charge is established by the fact that the alleged sum is about four times the 2018 NFF Appropriation in the FGN budget as approved by the National Assembly, which in total was N1.14 Billion out of which only about N700m was cash-backed for the entire 2018 financial year.

"It is also on record that since June 2018 till date NFF has only received N110m from FGN (which was received only in February, 2019). This is in spite of the fact that NFF has prosecuted about 30 international matches involving the various national teams, (Super Eagles, Falcons, U23 Men Team, U20 Boys, U17 Eaglets, U20 Girls (Falconets), Supersand Eagles etc), requiring the NFF to raise funds independently to supplement the funds from the FGN.

"We wish to assure that our legal team is fully engaged with this matter in order to defeat these baseless and politically motivated attack on the NFF and its leadership. We are confident that at the end of the day the truth will prevail, this mission of destruction will fail and Nigeria football will triumph over this conspiracy."