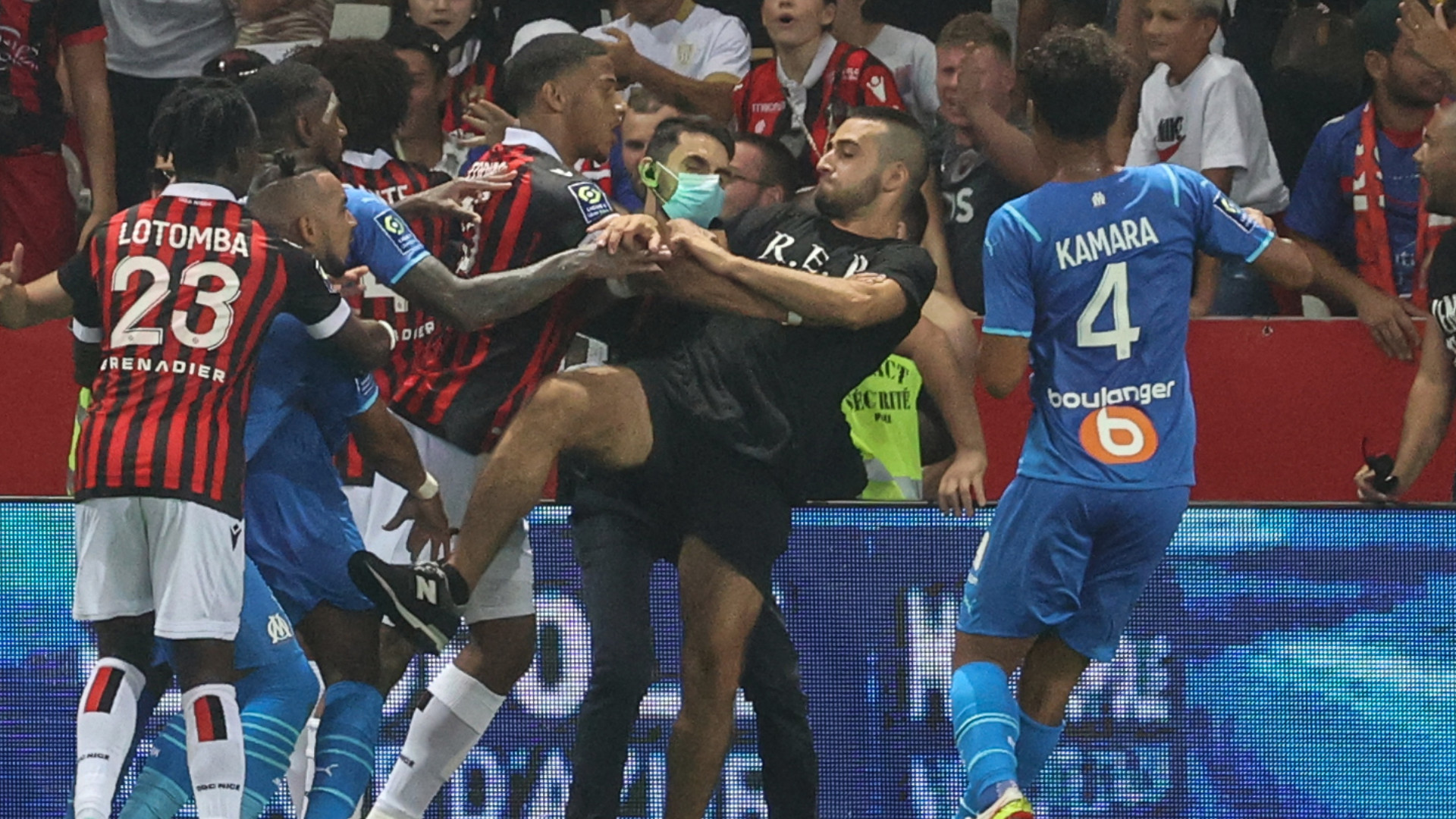 The Ligue de Football Professionnel (LFP) has determined that Nice's next match will take place behind closed doors following the chaos that marred Sunday's meeting with Marseille.

Referee Benoit Bastien was forced to abandon the game midway through the second half after violence from both fans and players and staff on the pitch; because Marseille players refused to return from the dressing room, they were assigned a 3-0 forfeit defeat.

Further sanctions are expected next month, but for now Nice supporters will not be able to attend the Allianz Rivera for the club's upcoming clash with Bordeaux.

"In view of the serious violence that occurred during the OGC Nice - Olympique de Marseille meeting (3rd matchday in Ligue 1 Uber Eats), the LFP's Disciplinary Commission decided to place the case under investigation and pronounced two precautionary measures," the LFP's statement explained on Wednesday.

"At the end of the investigation which will be issued on Thursday, September 8, the Disciplinary Commission will determine the final decisions to be taken concerning: The behavior of supporters of OGC Nice and the invasion of the field. The behaviour of the players in the game on the lawn. The fate of the meeting."

What happened in Nice?

Marseille star Dimitri Payet had been the target of projectiles tossed from the stands earlier in the match, and tempers flared when he threw a bottle back into the crowd in the 74th minute after being struck as he prepared to take a corner kick.

Soon after, fans invaded the pitch, sparking an all-out brawl as they faced up to Payet and his Marseille team-mates.

Marseille coach Jorge Sampaoli and several members of his backroom staff, including Fernandez, who was seen to allegedly punch an intruding fan on the pitch and has now been banned indefinitely, also found themselves in the thick of the action as events quickly spiralled out of control.

Now both Nice and Marseille must wait to find out the appeal result of the abandoned game, currently deemed a Marseille forfeit, as well as whether either side will face points deductions or other punishments as a result of Sunday's fracas.