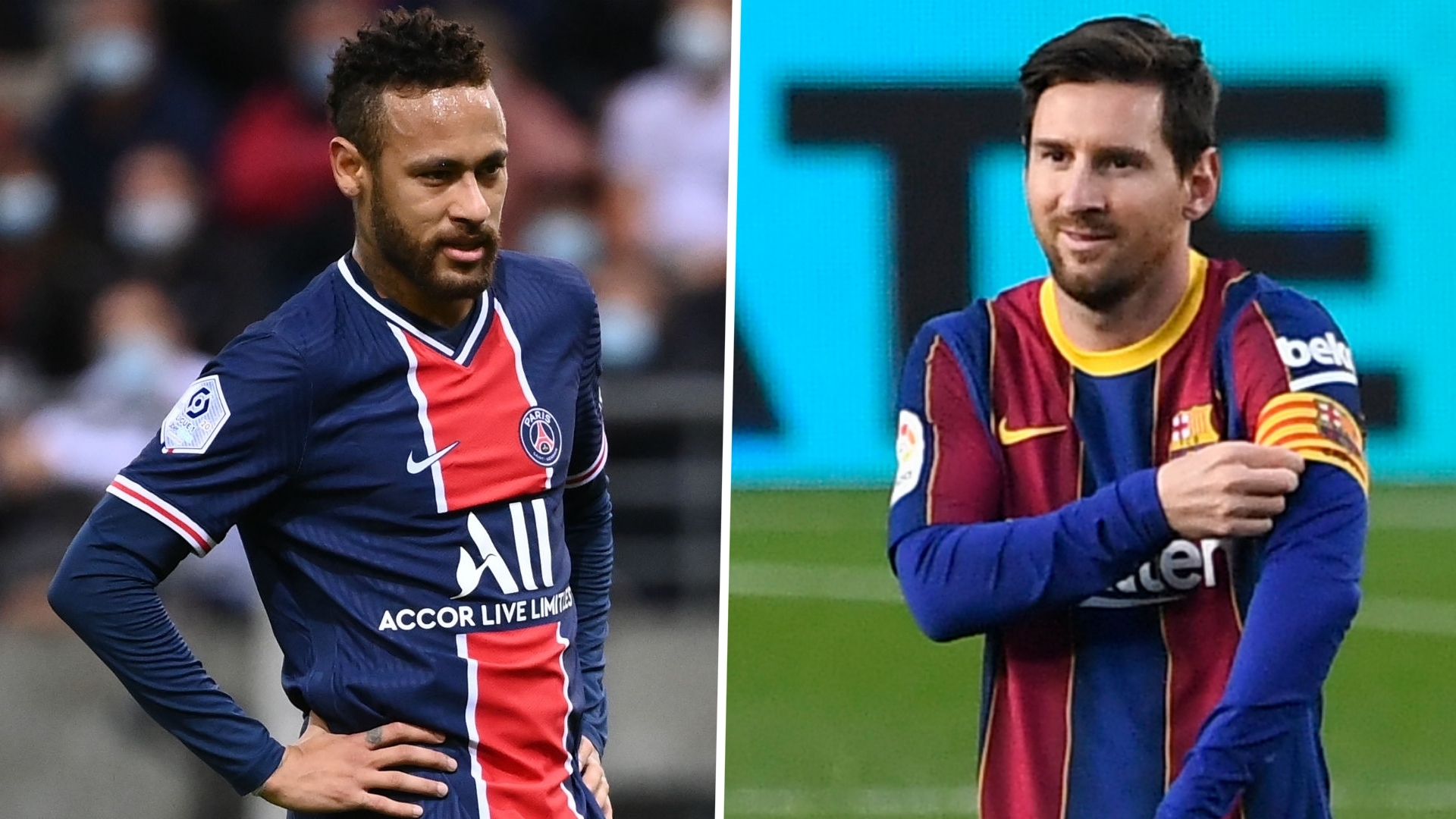 Neymar will play with Lionel Messi again, but at Barcelona instead of Paris Saint-Germain, according to his former agent, who has backed Joan Laporta to arrange a reunion for the pair at Camp Nou.

Messi has been heavily linked with a summer move to PSG amid speculation he will turn down a contract extension at Barca, with Neymar publicly welcoming the prospect of his ex-team-mate's arrival at Parc des Princes.

However, the Brazilian's one-time representative Andre Cury thinks there is a far greater chance of Neymar returning to Catalunya, as he believes Messi will choose to stay put following Laporta's re-election as Blaugrana president.

"I was in Barcelona for 10 years, I know every corner of the city, I'd be very happy to see Neymar go to Barcelona," Neymar's former agent told Argentine publication El Litoral.

"Neymar has an open door at Barcelona, their fans knows he made a mistake and even he recognised it some time later.

"Two years ago, Neymar formally asked me to return to Barcelona. We tried and we were really close to getting him out of Paris. But, because of some details, it didn't happen.

"Laporta is the only one who can bring them back together again. Messi won't leave Barcelona - he decided that his history is in Barcelona and I'm very clear on that.

"Neymar will play with Messi again, but in Barcelona."

Neymar joined Messi at Camp Nou in 2013 after being lured away from Santos, and went on to play a key role in one of the most successful periods in the club's recent history.

However, it was reported that a desire to step out of Messi's shadow led to Neymar's eventual departure in 2017, with PSG snapping him up for a world record €222 million fee (£191m/$264m).

Neymar's current stance on his future

Neymar is fast approaching the final year of his current contract at PSG, but Goal has reported that the 28-year-old is in line for a new four-year deal.

The French champions have made extensions for Neymar and Kylian Mbappe their top priority ahead of the summer transfer window, amid continued speculation over a possible move to Spain for the pair.

Neymar spoke out on his future in February, telling TF1: "I'm very happy here, I want to stay at PSG and I hope Mbappe wants to stay too.

"Of course, that's the wish of all fans, we want PSG to be a great team and I want to keep doing what I do here, play football and be happy.

"Today I'm very happy, I feel happy, a lot has changed, I can't exactly say why, if it's me or something else."

Messi has insisted he will wait until the end of the season before making a decision on his next move, having been unsuccessful in his attempts to force a transfer away from Barca last summer.

If he does depart, PSG and Manchester City have been mooted as the most likely next destinations for the six-time Ballon d'Or winner, who told La Sexta in December: "I don't know if I'm going to leave or not and if I leave, I would like to leave in the best way."

Laporta claimed he is the only man capable of convincing Messi to remain at Barca during his re-election campaign, which ended in victory earlier this month.

The Spaniard then issued a passionate plea to the Argentina international during his first address as president this week.

"I am here to make decisions, like convincing Leo to carry on, taking advantage of the fact that he is here. He knows that," said Laporta.

"You know the affection I hold for you and we will do whatever it takes to keep you here. You know you cannot leave, Leo."