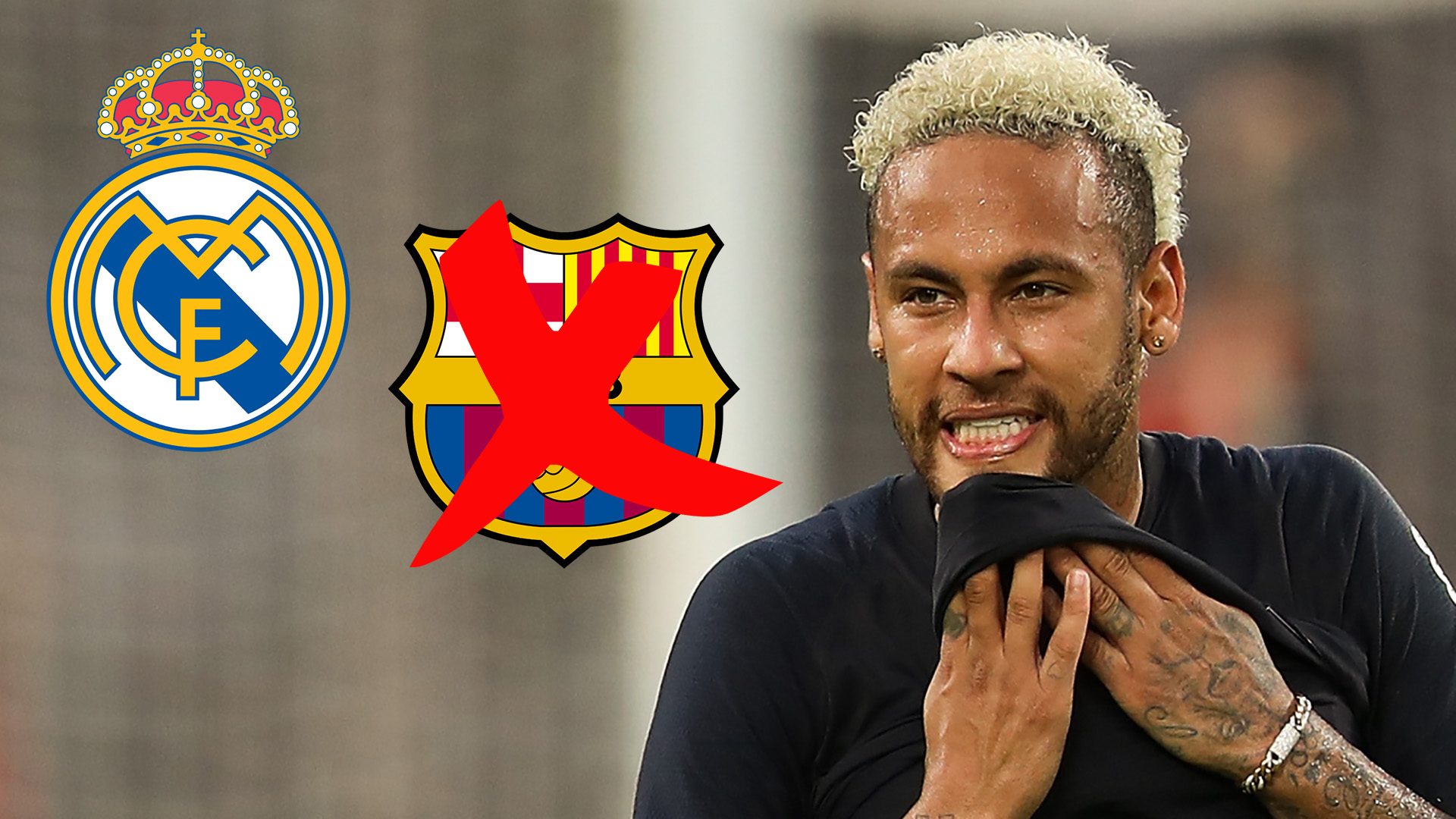 The former Blaugrana star is still hoping to see a fellow Brazilian head back to Catalunya, but can appreciate the appeal of Santiago Bernabeu

Neymar moving to Real Madrid would not be a “betrayal” to Barcelona, says Rivaldo, but the Brazilian is considered to still favour a return to Camp Nou.

Efforts to prise the 27-year-old away from Paris Saint-Germain have been stepped up over recent days.

Talk of a potential switch to Santiago Bernabeu has started to build, leading those at Barcelona to make a counter bid.

It has been revealed to Goal that representatives of the Liga champions have been in France to hold talks regarding a move to bring a former favourite back to Catalunya.

Those discussions are not expected to be easy, with movement required in and out of Barca, and that is leaving the door open for Real to potentially steal in and snatch the South American.

Rivaldo told Betfair of a long-running saga involving an iconic countryman: “There have been many rumours about which of the clubs negotiating for Neymar - Real Madrid and Barcelona - needs him most now. But Neymar is such a talented player that any team in the world would benefit from having him in their side.

“Of course, I would prefer to see him back to Barcelona but if he ends up at Real Madrid it will also be a big move for him.

“For now, what is clear is the player's desire to leave PSG. With two big Spanish clubs competing for him, he should be even more eager to fly away from Paris.

“If Zinedine Zidane signs Neymar for Real Madrid, I won't see it as a betrayal. Neymar left Barcelona to sign for PSG and now could fly to Madrid, so it's not the same as if he had left Barca for Madrid.

“He must also be professional, but I bet that if he has the chance to get back to a place where he was happy before, and where he knows most of the players, he would love to return to Barcelona. But that depends on the offer Barcelona could make for him.

“PSG won't accept a lesser offer from Barca just because Neymar prefers to go there. They don't want to lose money and will obviously accept the best offer available.”

Barca have already brought in the likes of Frenkie de Jong and Antoine Griezmann this summer, with Rivaldo looking for them to make more of an impression in the Champions League this season.

He added on a club that continues to dominate domestically but has gone five years without a European crown: “Barcelona start their La Liga campaign this Friday with a trip to Athletic Bilbao's San Mames stadium, but I'm convinced they are ready to give a nice response, despite not being yet at 100%.

“Lionel Messi might not play because of an injury, but the club signed important players like Antoine Griezmann and Frenkie de Jong and I expect a good performance from the team.

“Barcelona's focus this season should be the Champions League, which is the trophy that club and fans are fighting for in the last few seasons.

“Of course, they won't simply give up La Liga and deliver it to their rivals, but I think that Ernesto Valverde should give more chances to substitutes and youngsters from La Masia in some La Liga matches.

“I wouldn't see it as a major failure to lose the La Liga title, as Barcelona have been dominating domestically, and now all their focus should be turned into Champions League success.

“La Liga is important but Barcelona's main goal this season as to be Champions League as it is a much important title they are chasing for a while now.”