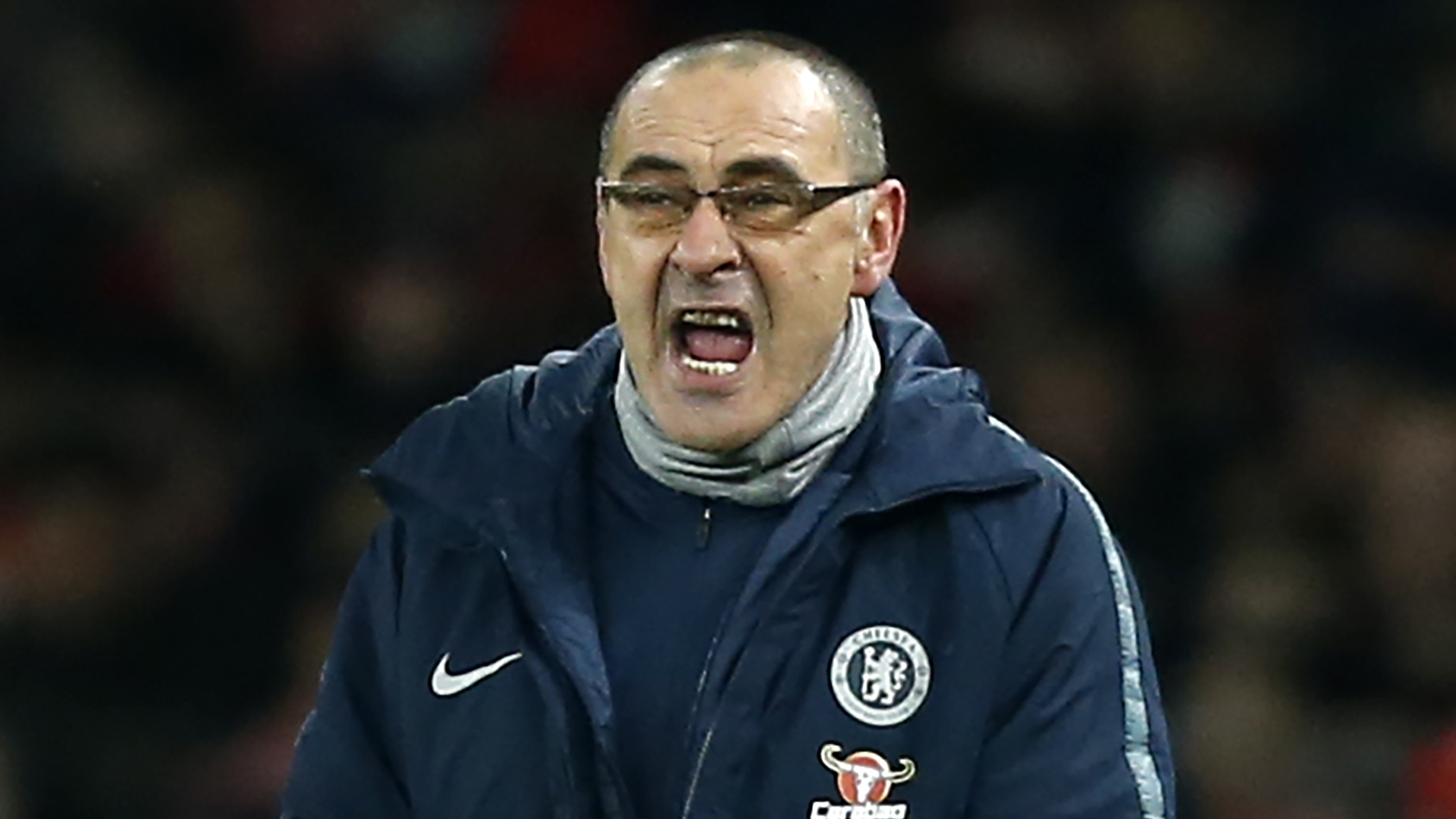 The Blues boss is adamant that he will only be successful at Stamford Bridge if he sticks to his tactics, despite poor results in recent weeks

Maurizio Sarri has no interest in changing his approach after a downturn in results in the winter period, and he thinks that with patience that he can create a Barcelona style of play at Chelsea.

Chelsea's  4-0 defeat away to Bournemouth  on Wednesday saw them drop out of the top four and has led to a period of soul searching for the Blues boss, who opted to drive home alone to analyse the match quickly, rather than take the team bus.

A barrage of criticism has hit the FA Cup winners as they suffered their worst defeat for 22 years, leading to a 50-minute inquest between Sarri and his players.

The club's coaching staff, including assistant Gianfranco Zola, were kicked out during the meeting and the door was locked as the players were quizzed on why they let the game slip after Joshua King's first goal.

The 60-year-old has dismissed that he is under pressure and has insisted that he won't change his football philosophy to improve results, as he leads a team that has gone through 15 managers in 16 years since Roman Abramovich took over in 2003.

“It's not my problem [if the club culture is impatient]," Sarri told reporters at Cobham Training Ground. "I want to remain the same man. If I am a dreamer, I am a dreamer. If I have fun with my football, I want to play my football.

"If I can change the mentality of these players, they are really very suitable for my football. I think that my job is always at risk, and I love my job for this reason. I thrive on pressure. So I love my job for everything, but I know very well the rules.

"My job is always at risk. You can win against City, but after three days you are at risk.”

Sarri's appointment has lead to something of a tactical revolution at Chelsea, as the manager has changed a counter-attacking style preferred by a succession of previous coaches to a more possession-based one.

His style of play is akin to that of his friend Pep Guardiola's at Manchester City, but it has been labeled predictable by many pundits. Sarri has defended his system by saying that even at their best, Barcelona were predictable.

“Also Barca were predictable but they won,” he added. “No, they were organised. With fantastic players, of course, otherwise it would have been impossible to win everything, but they were really very organised.”

The only absentee is potentially Antonio Rudiger, and Sarri has said that Gonzalo Higuain is fine after talking about a previous back injury he got at AC Milan, although the striker is yet to reach full match sharpness.

“We have only one problem, not a serious one, but I don't know if Rudiger will be able to play," the manager said." A little problem with his knee, so I have to speak with the doctor. The situation yesterday was 50-50.