The Hammers boss is delighted to see the on-loan midfielder thriving, but says no extended stay in east London has been sought out as yet

David Moyes has revealed that any discussions regarding an extended stay at West Ham for Jesse Lingard will be held back until the end of the season, with no transfer talks being sought out with Manchester United as yet.

The talented 28-year-old has rediscovered his spark since securing a loan move from Old Trafford to the London Stadium during the January transfer window.

Lingard’s efforts with the Hammers have led many to suggest that a permanent agreement could be put in place, but Moyes insists that issue has not been addressed.

Quizzed on plans for Lingard, Moyes told reporters ahead of a derby date against Arsenal on Sunday: “We have not thought about that really, we have not taken it any further at the moment.

“We have him on loan and he is doing a good job for us just now, I think we will discuss that and probably look at it at the end of the season.

“But it is not something that we have taken any further than the situation we are in just now.

“He has looked very good this week and I think since he came in everybody has been a bit surprised with how good his fitness is, how good his all-round game is.

“I can see by the way he is working he is even getting better, his physical data has got better and overall he has been very good for us.

“He has helped us and given us another string to our bow and given us more attacking options, so we are really pleased with him.”

What has Lingard done at West Ham? 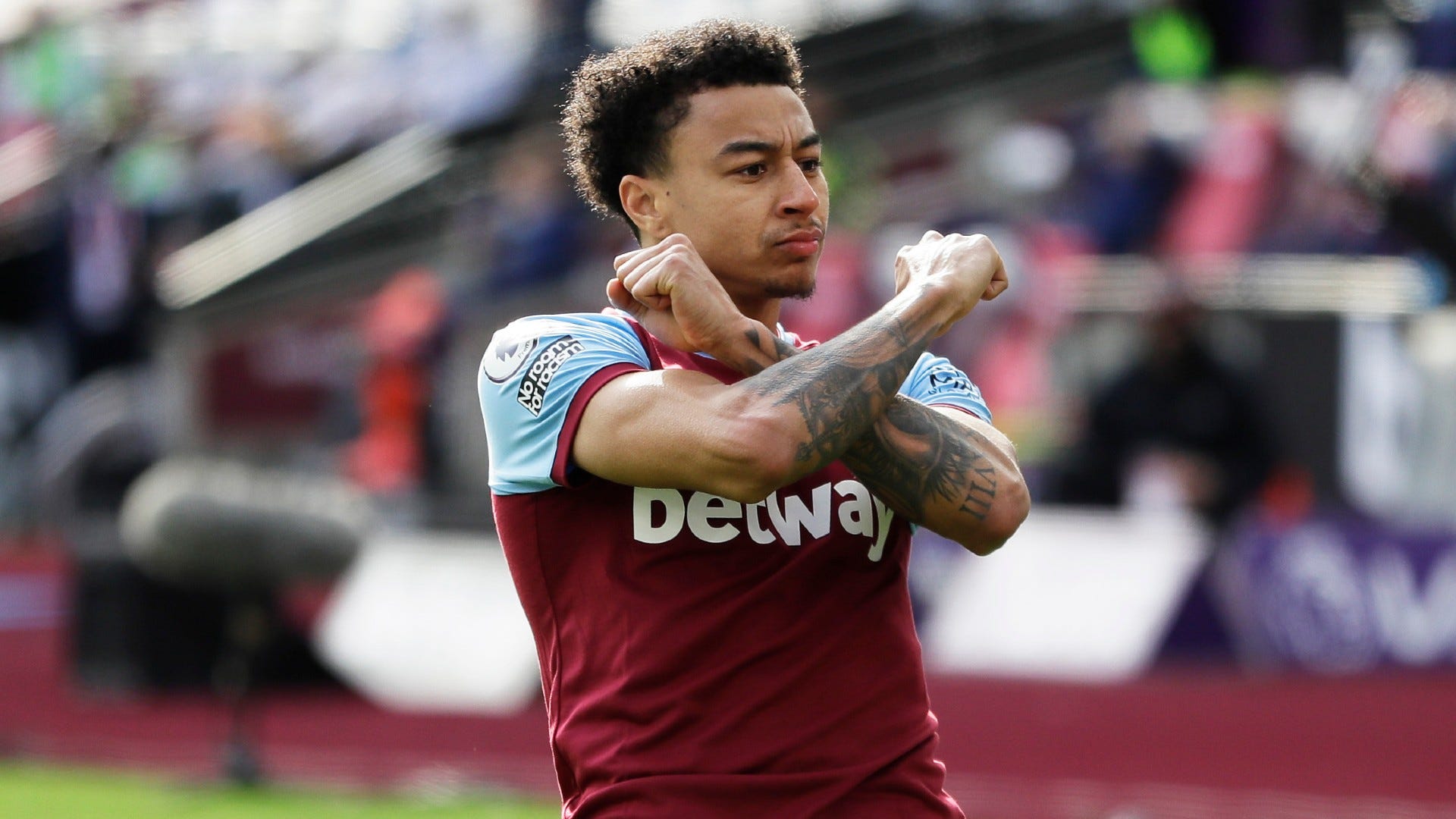 Having been restricted to three domestic cup outings in Manchester, Lingard has found the regular football he craves at West Ham.

He has taken in six Premier League appearances for the Hammers and hit four goals, while also laying on one assist.

Those efforts have earned him a recall to the England squad, with his last cap coming in June 2019, and Moyes is delighted to see a player he has always believed in being recognised by others.

The Scot added: “I am really pleased for Jesse, it's great for him, and his performances have warranted it in how he has played for us.

“I have to say he has been very good and we just hope that continues. We want him to be positive and show exactly what he can do on the pitch.

“He has helped us, he has been a good acquisition for the squad in January and I hope he can add a few more goals before the end of the season.”