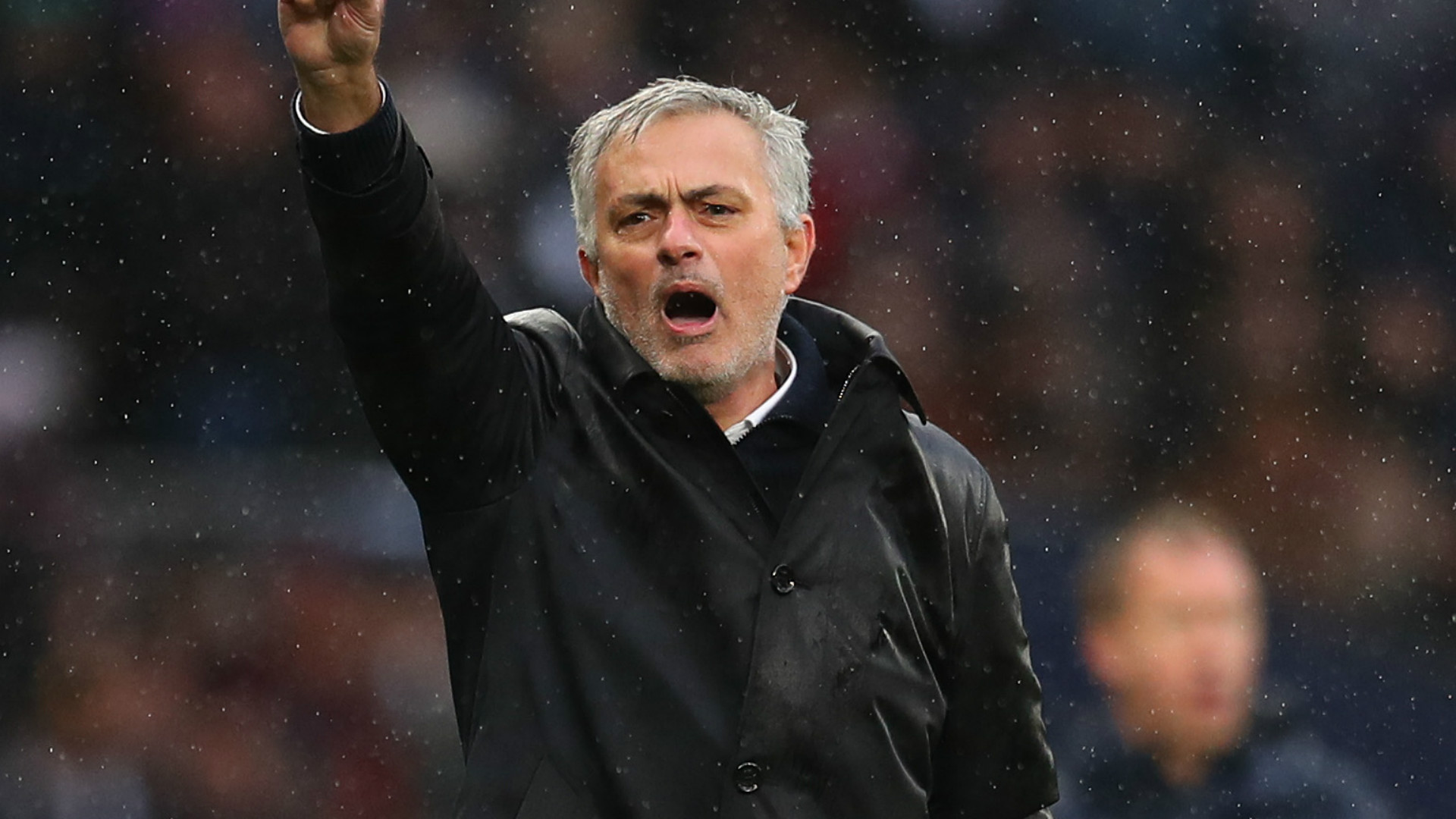 The Portuguese was delighted to see his team triumph over the reigning Premier League champions, but he was less impressed with the match officials

Jose Mourinho insisted that Raheem Sterling should have been sent off in the first half of Tottenham's win over Manchester City on Sunday, before praising his players for the effort they put into the game.

There were plenty of flashpoints during a competitive first 45 minutes at the Tottenham Hotspur Stadium, most notably when City were awarded a penalty after VAR ruled that Serge Aurier brought down Sergio Aguero in the box.

Ilkay Gundogan saw his spot-kick saved by Hugo Lloris, but video technology was also the talking point earlier in the half, when Sterling escaped a red card after a rash challenge on Dele Alli.

The City winger went in studs up on a fellow England international, but he didn't even receive a booking for the foul, leaving Mourinho and his staff incensed in the dugout.

The visitors were eventually reduced to ten men in the second half when Oleksandr Zinchenko was dismissed for a second bookable offence, which swung the momentum of the game in Tottenham's favour.

Mourinho described his side's performance as "phenomenal", but he was full of criticism for VAR after seeing two key decisions go against them.

"I am so pleased for the boys. We were a bit lucky in a couple of situations, but the other perspective very, very unlucky the VAR did not decide for a Raheem Sterling red card," he said post-match.

"It was a clear red card and completely different game if we played for 75 minutes against 10 men.

"I see other situations where the decision is red. The red card of Son Heung-min against Chelsea.

"The boys were phenomenal. The save was fantastic, God's will because it was not a penalty."

Mourinho added on Bergwijn's stunning opener: "So sharp. Unstoppable for a great goalkeeper."

Mourinho played down the significance of the win though, stating: "It is going to be difficult. We are in three competitions. But it was a good weekend for us."

Tottenham will now look ahead to an FA Cup fourth-round replay against Southampton on Wednesday, before taking some time off over the winter break.