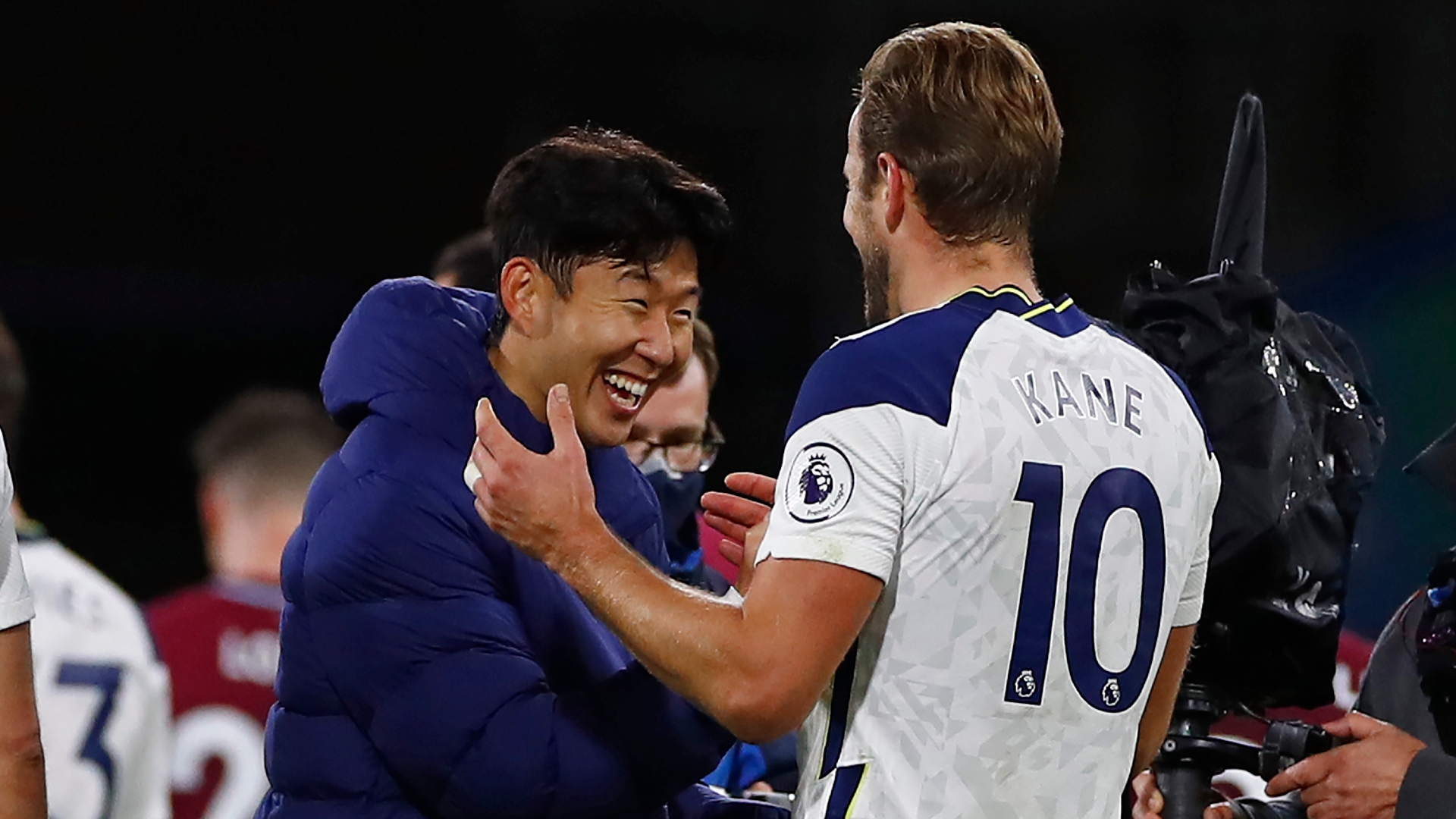 Kane and Son once again combined to score the winning goal as Spurs downed a stubborn Burnley 1-0 at Turf Moor on Monday night.

The duo have now combined to score 29 goals in the Premier League, which ranks them only seven strikes behind Frank Lampard and Didier Drogba as the most prolific pairing in the competition's history.

When asked why the connection between Kane and Son was so profound, Mourinho was quick to credit Pochettino for establishing the initial connection, but did point out the England international was playing in a different position.

Duos with most goal/assist combinations in Premier League history:

"It is an understanding that comes from Mauricio's time," Mourinho said.

"I don't want all the credit myself, let's share with Mauricio. They played together for a long time, probably a different way because Harry is not always a nine now.

"What pleases me more about them both is that they are two top players but close friends, no jealousy, they both play for the team.

Pochettino, who was replaced by Mourinho as Spurs manager in November last year, oversaw Kane's rise to becoming a world-class striker, while also bringing Son to the club from Leverkusen in 2015.

The star Tottenham attackers' combination against Burnley was one of their more unusual, with the usual deft pass by foot replaced by Kane using his head to flick Lamela's corner to the back post, where Son arrrived unmarked to fire his own header into the net.

Mourinho admitted his team's rhythm during the 90 minutes was below what he desired, but crecited Sean Dyche's Burnley with making things difficult for a side that has scored a total of 20 goals in their last five games.

"My players didn't play the quality football that we want but that was because of Burnley, not because of us," Mourinho said.

"Second half, the game was much more under control. I had some question marks and some doubts because this is the kind of match that if you take too many risks you can lose it.

"I know Sean, I know the difficulties he can bring to the best attacking teams. He's very clever, he plays with what he has and he gave us what I was expecting – a very difficult match."