'Mourinho and Mancini tried but Guardiola might have taken to Balotelli' 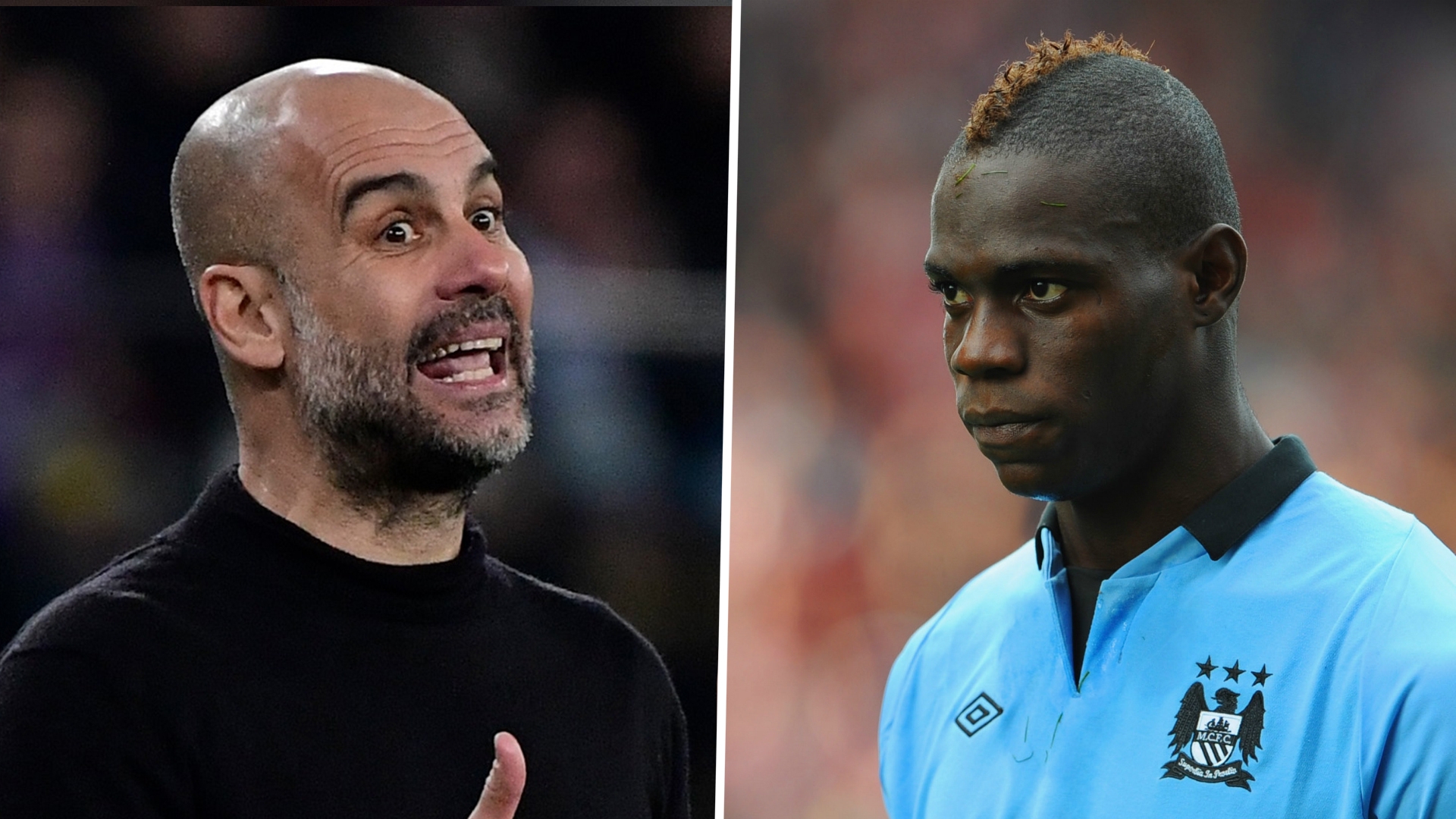 Plenty of managers have had their run-ins with Mario Balotelli but Pep Guardiola may have enjoyed working him, according to the Italian's former team-mate Micah Richards.

Jose Mourinho, Brendan Rodgers and Roberto Mancini - who was a huge believer in Balotelli's qualities - are among a host of coaches that have fallen out with the striker.

However, ex-Manchester City defender Richards says Guardiola might have hit it off with the now 29-year-old Brescia striker, although he's not sure how Balotelli might have reacted to his strict demands.

"But Pep's such a perfectionist on the field, if Mario wasn't hitting the heights that we all know he could, they might not see eye-to-eye.

"You see [Raheem] Sterling scoring a hat-trick or winning man of the match and Pep's shouting at him on the pitch - talking about what he could do better or why hasn't he done this. I don't think Mario would react the best to that. But on a more human level I think they'd get on because they're two top blokes."

Balotelli's time at the Etihad Stadium was littered with a number of off-field controversies including throwing a dart at a youth team player and letting off fireworks in his bathroom. He even had a training ground bust-up with Mancini but the former City boss repeatedly put his faith in his young striker.

"There was a lot of people who didn't really like him because he was Mancini's favourite," Richards revealed. "He could get away with more stuff than other players and he always still managed to start or come on or whatever.

"But Mario, as a person, is one of the nicest people I've ever met. It's just he does crazy things.

"I'm still in contact with him and he will always be one of my favourites. I just wish he could have shown more on the pitch because he's genuinely one of the best players I've played with in terms of ability, shooting, technique - he's absolutely incredible.

"I understood what Mancini and all the other coaches saw in him. At the time, we had Balotelli, [Edin] Dzeko, [Sergio] Aguero and [Carlos] Tevez. Look at that front line.

"I just wish he could have stayed longer because you know a lot of people were throwing stones at him and some of it was rightly so for sure, but there was more to him than people saw and he was a genuinely nice person off the field."

One notorious incident that enraged Mancini was in a pre-season friendly against Los Angeles Galaxy in 2011. Balotelli was clean through midway through the first half when he pirouetted on the ball and tried to backheel a goal - only to put his attempt wide.

Mancini was furious, substituting him minutes later with the pair having a row as he passed the bench.

"I asked Mario about it and he said: 'I'm telling you now. I heard a whistle'," Richards remembered. "Even if he did hear a whistle or not, we were like: 'Just score anyway'. But he was adamant that he heard a whistle so he stopped.

"But you never know with Mario because it fitted in with the rest of his antics. But I prefer the story that he was trying to take the mickey, it's a better story.

"People might think he has wasted his talent away but it's not the case. He's been at some top clubs, Inter as a young one, Man City, and Milan - when he went back there he was unbelievable in that season.

"It's not by luck how good he is. People say his attitude and his antics are not great but behind the scenes he works harder than most professionals I've ever worked with.

"When he went to Liverpool, a lot of people were questioning the signing. I was just like: 'Come on Mario, this is the time to show people why you're Super Mario', but obviously, it didn't work out."