Alvaro Morata has revealed the difficulties he suffered at Chelsea and is desperate for Atletico Madrid to sign him permanently so he doesn't have to return to Stamford Bridge.

The 26-year-old signed for the Blues from Real Madrid back in 2017 although struggled to make a big impact in the Premier League, scoring 16 goals over one-and-a-half seasons before departing for Atleti in January 2019.

Morata moved back to La Liga in an initial loan deal although the Spanish club have the option to purchase the Spain international outright, something he is keen for them to do as soon as possible.

The former Juventus striker, who won the FA Cup in his first season with Chelsea, insists he didn't feel completely loved and valued by the west London club and that missing out on the World Cup with Spain proved heart-breaking.

He told Goal: "I had lost confidence in myself previously. I was very upset by the opinion of the people in England. I think they caught me in the middle of everything.

"I didn't quite feel loved or appreciated by the club or the fans. I started very well at Chelsea, but an injury in the end leaves you a bit stuck.

"As bad as it was, I still scored 15 goals and won the FA Cup... but I was out of the World Cup, and for me that was the hardest thing that could happen to me in my life. 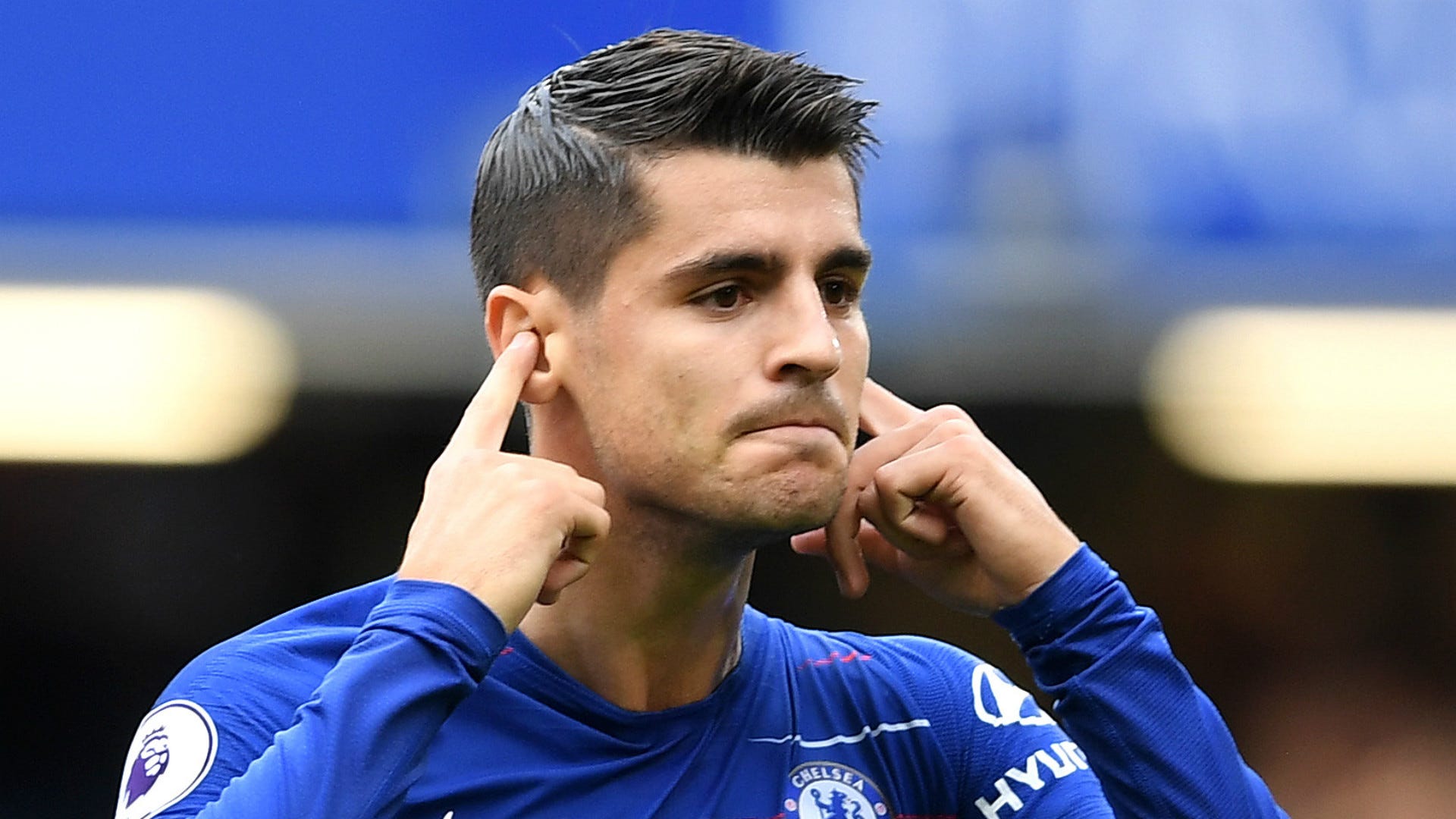 "Now, signing for Atletico has been the best thing that could happen to me in my life.

"I had a very bad time in London. In the end I was training alone. I talked to Maurizio Sarri and he told me some things that I knew were not going to be as he had said. I was very nervous. My wife was in shock with me.

"I already knew that I could sign for Atletico if everything went well, and they had four games previously [before Morata officially signed for them on January 29]. I saw them all at home with my wife and she was amazed! She does not like football very much, and she did not understand how I could get like this, so crazy, watching Atletico games, screeching at home, nervous, when I was not an Atletico player yet.

"It's a story I'd like to tell very slowly in the future. I went from being tied on the same amount of goals as [Mohamed] Salah and [Harry] Kane at the start of the first year, and people made a song about me, I could not even go out in London! And one day I get up with a shooting pain in my back, my level goes down, and they start telling me everything [referring to criticism about him] in England. You are supposed to be respected by fans, but you know..."

Not for the first time in his career, Morata was handed a route back to Atletico and he has pleaded with the Liga club to make his move from Chelsea permanent, insisting he wants to spend the rest of his career with them.

"I think in the end it was destiny [moving back to Atletico]. I left Atletico, and every so often I had the opportunity to return, although not so often when I was younger. When you have a bad time in a place, you don't have that chance often [to return]. 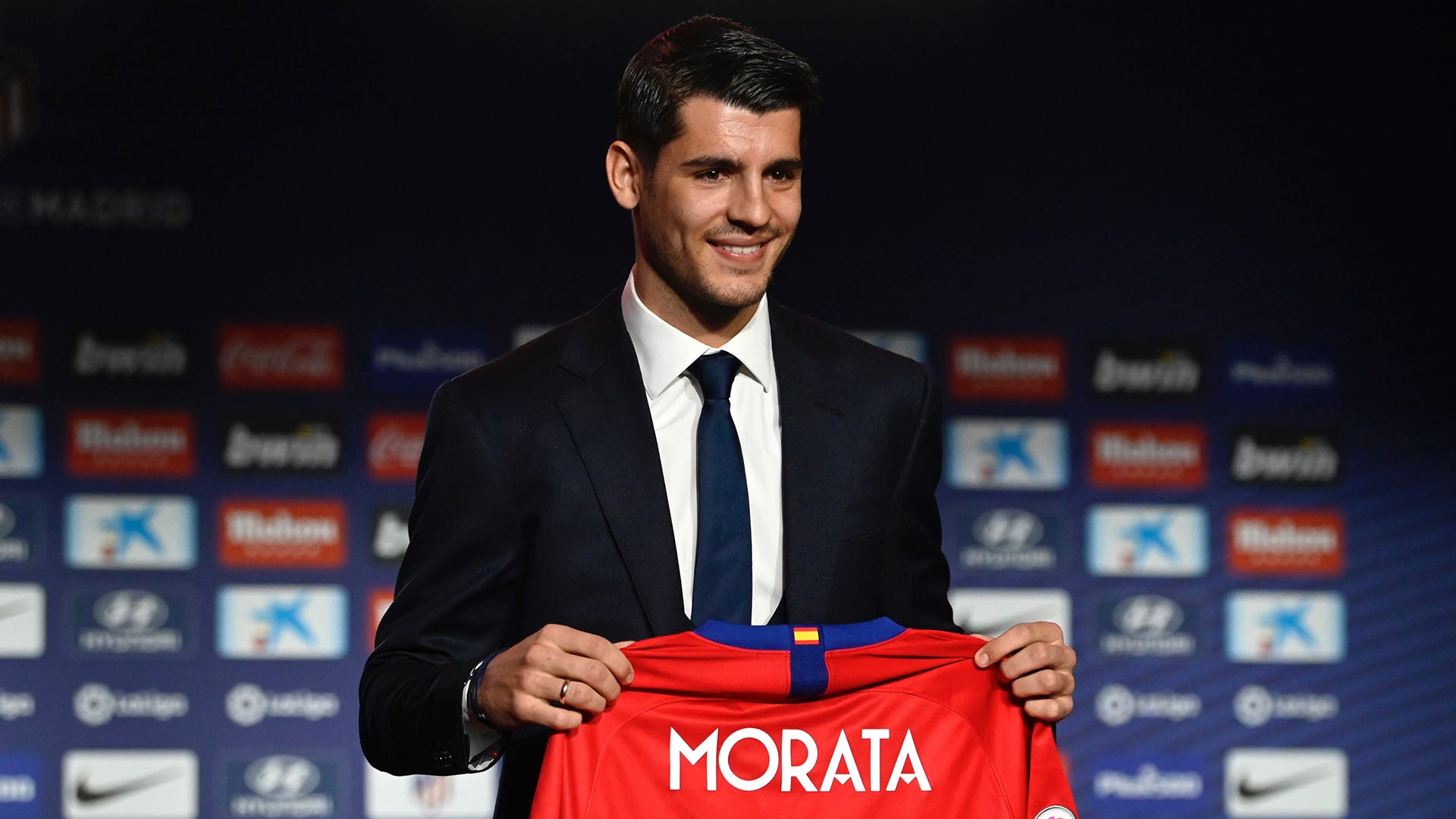 "It motivated me a lot that Simeone called me, no matter the club I was at, and told me that I could be important in Atletico. The people have welcomed me warmly here, even in the difficult situation that it was. The squad and the club staff have changed my life.

"As I arrive at the training centre, you can see in people's faces when they trust you. When you are in the dressing room ahead a game, you see how your team-mates look at you.

"At Chelsea there came a time when my team-mates, except for the Spaniards, well... you know, it is not the same when you play and you know that you give a pass to someone who is not going to do as well. You do not give the pass in the same way. Everyone who has played football once will understand that.

"And in the end, it is a situation that you cannot control: it is neither about being positive or negative, or about trying to have fun or being worried. It's the confidence that others have in you: your team-mates, the club... And I found it here at Atletico.

"I have said it many times: there is a moment in which there are things that surpass fame, money and everything. Thank God, at Atletico I've been able to have a bit of all of this, but I would love to be here every year that I'm able to play at the highest level.

"I want to stay at Atletico but, contractually, Chelsea can call me back. We will see what happens in the negotiations between them, but the two clubs already know what I want. I only ask, please, as I said to Atletico, do everything possible to do it as soon as possible. Because I just want to be here."