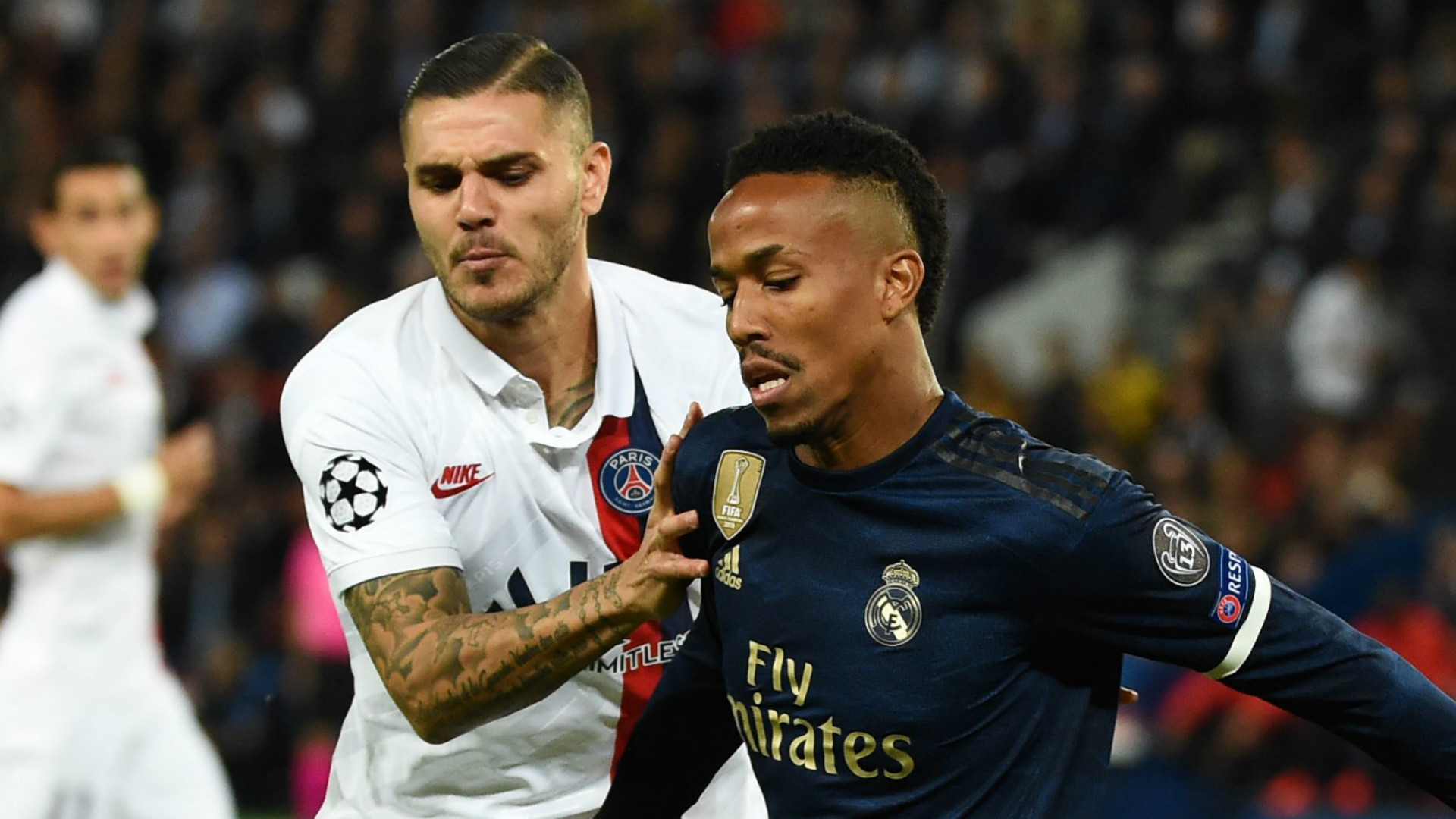 Eder Militao is eagerly awaiting the second leg of Real Madrid’s Champions League last-16 tie with Manchester City and is ready to plug the gap that Sergio Ramos’ absence will leave.

The Spain defender was dismissed with four minutes remaining of the first leg, in which City scored twice in the last 12 minutes earn a 2-1 win.

With the second leg to be played in England, it leaves the Liga champions with a mountain to climb as they will need to score twice to stand any chance of progression, a particularly difficult ask without their talismanic captain. Militao, though, is ready to step up to the plate.

“Ramos is not there and I have to show my heart, play with everything I have,” he told AS. “It’s a really strong feeling. It is a unique moment for me.”

Still to score for the club which he joined in the summer of 2019, Militao has admitted that he has dreamed of making a decisive contribution in the second leg.

“I can imagine it now, in the Champions League, in Manchester. The winning goal, with a header. I wouldn't know how to celebrate it. Nothing is impossible, so I'm going to go for it,” he said.

Madrid, whose three-year reign as European champions was ended in 2019, have been through some difficult periods this season, sacking two coaches before Zinedine Zidane led them past Barcelona to the domestic crown, but former Porto man Militao says the squad always retained confidence in their abilities.

“The media always have to talk about something to do with Madrid,” he said. “We know what we worked on in training, and how well we were doing. We don't like to lose, we always want to keep winning, but it doesn't always happen. We knew we were on the right track.

Since losing 2-1 at home to City, Madrid have won 11 of their 13 fixtures, with a 2-2 draw against Leganes in their last outing on July 19 nothing more than a dead rubber for them. Their tie at the Etihad Stadium will be played on August 7.