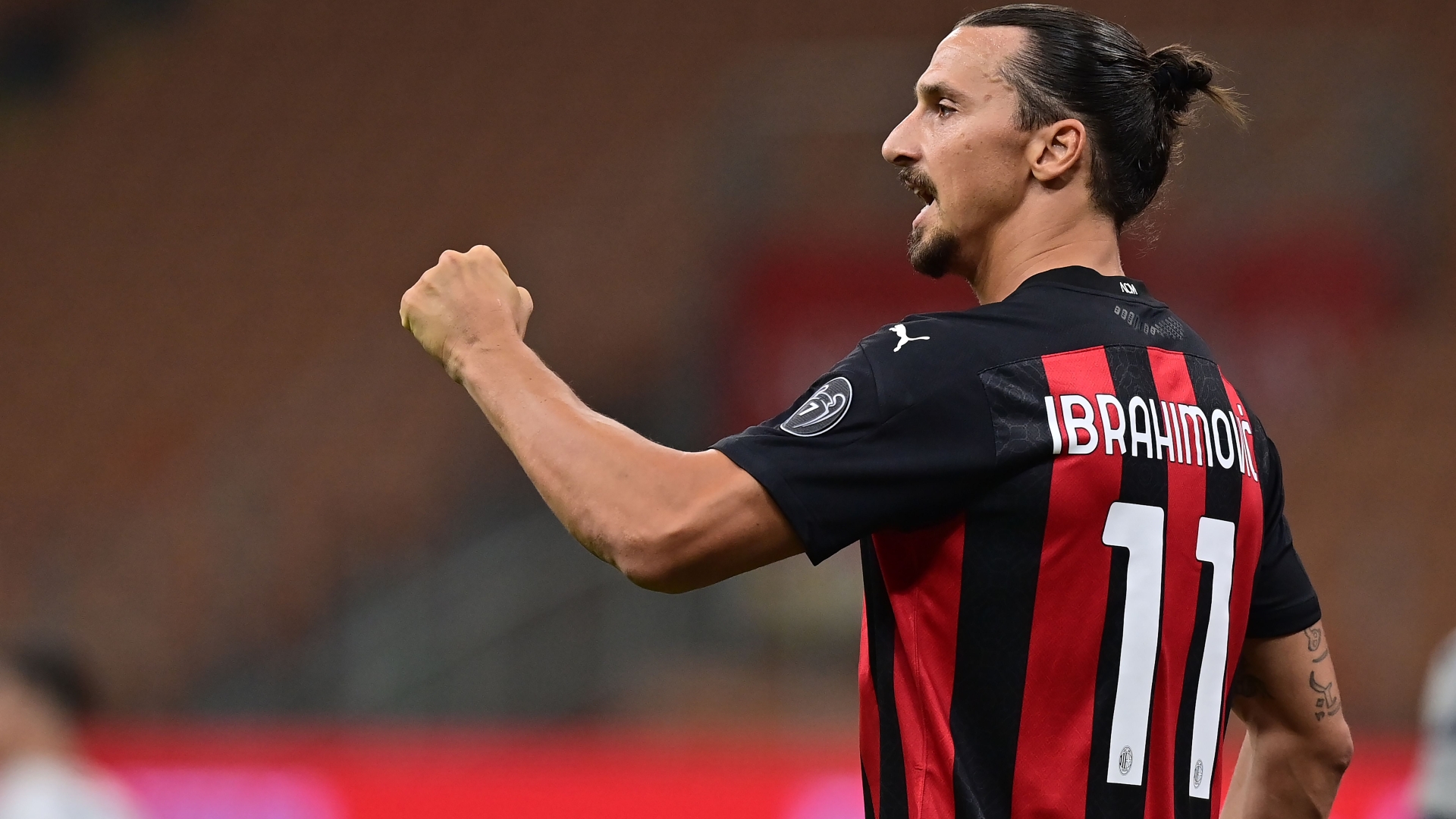 Never one for modesty, the veteran striker talked up his impact at San Siro after inspiring the Rossoneri to victory over their local rivals

Milan derby winner Zlatan Ibrahimovic says he is still unstoppable at 39 and that his experience makes him an even more "complete" player than ever before.

Ibrahimovic continued his prolific start to the new season by scoring both goals in a 2-1 victory over Inter on Saturday.

The Rossoneri maintained their 100 per cent record while moving three points clear at the top of the Serie A table after four fixtures, three ahead of second-placed Atalanta and four clear of reigning champions Juventus.

Stefano Pioli's side took the lead when Ibrahimovic converted a rebound after seeing his penalty kick saved by Samir Handanovic with just 13 minutes on the clock.

The Swede doubled his account three minutes later, firing home at the back post after latching onto a brilliant Rafael Leao cross from the left-hand side.

Romelu Lukaku pulled a goal back for the Nerazzurri, who then pressed hard for an equaliser in the second period, but Milan ultimately held on for their first Derby Della Madonnina win in four years.

Ibrahimovic lapped up the plaudits post-match, while explaining how he has been able to hit new heights despite advancing well into the latter portion of his career.

“I feel more complete, I have more experience. When you are young you are still growing,” the veteran forward told Sky Italia.

“You spend a moment where you are learning things, playing games, you have moments and situations that repeat themselves.

“Now I feel complete. If I had the condition of 20-30 years, nobody would stop me. But anyway, they don't stop me even now.”

“I play with available companions who listen, bring intensity. I don't accept when one relaxes in training or in a match.

“My philosophy is 'train how you play the game'.”

The Milan talisman had been laid low with coronavirus prior to the international break, but the diagnosis only fuelled his desire to get back on the pitch and continue doing what he does best.

“I was so hungry. They locked the wrong animal in the house,” Ibrahimovic told Milan TV.

“It is not easy mentally to always be at home – the body is shaking because it wants to work, it wants to play.”

Pioli told Sky Italia of the ex-Sweden international's latest performance: "He was very tired and even asked to come off, but this time I was the one who ignored him!.

“Zlatan is extraordinary, he brings so much to the side with his talent, determination and character. He's an exemplary professional, gives everything for his team, wants to win everything from a cup final to a training ground routine.

“I can't take any credit for dealing with Ibrahimovic, as it's very easy.”