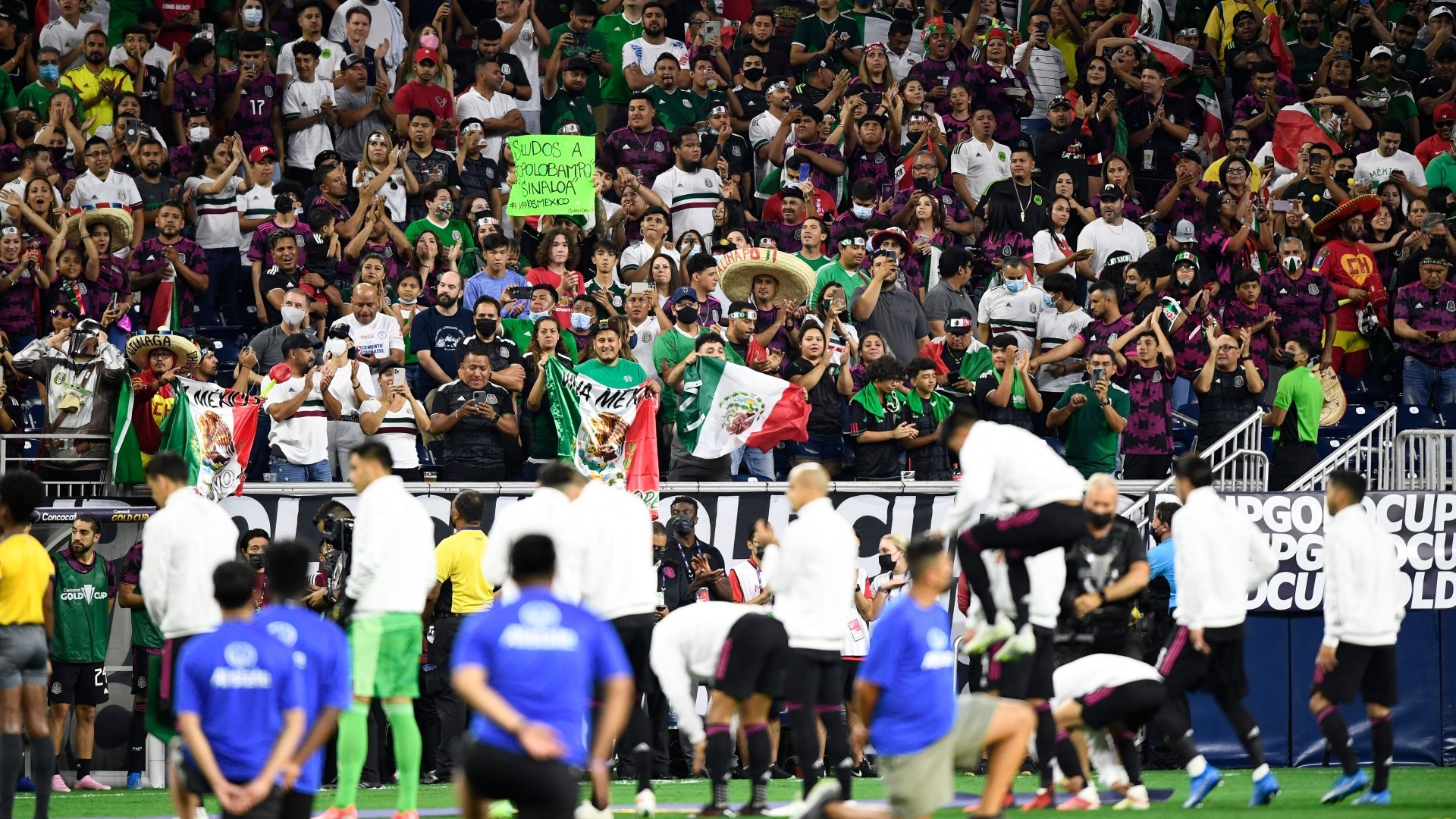 El Tri are into the final with old adversaries United States, but their supporters continue to make headlines for the wrong reasons

Mexico are facing more sanctions from FIFA after homophobic chants from their supporters caused their Gold Cup semi-final clash with Canada to be halted by match officials.

There were just two minutes remaining when the clock was stopped on Thursday, with the unsavoury actions of those in the stands forcing the referee to take action and call a break in play.

That decision ended up benefitting El Tri, who were on the back foot at that stage, with Hector Herrera scoring a dramatic winner nine minutes into stoppage-time.

What is the chant?

Mexico supporters are believed to have started the chant during the early 2000s, with supporters shouting a homophobic slur when an opposing goalkeeper is preparing to take a goal kick.

It has been claimed that their actions are intended to intimidate and distract rivals, with fans claiming that the words have different cultural meanings, but there have been regular calls for them to stop.

Mexican federation president Yon de Luisa said earlier in 2021: "It's not the intention with which you shout or with which you chant. It's how the other [people] receive it. If anybody feels it's a discriminatory act, then it is not something that we should include in a conversation. That is no longer a debate. If it is discriminatory, we should avoid it."

What action have FIFA taken?

In June 2021, FIFA hit Mexico with a $65,000 fine and forced them to play two official home matches behind closed doors following homophobic chants during an Olympic qualifier.

The FIFA Disciplinary Committee also opened proceedings against Mexico after the same songs were sung during a friendly with Iceland in Arlington, Texas in May.

Hungary are another nation to have been stung, with a fine handed out after supporters aimed homophobic abuse in the direction of Cristiano Ronaldo in 2017.

A three-step plan has now been introduced for match officials to combat the issue, with played being halted as a warning is handed out, before players are then removed from the field and ultimately games can be abandoned.

Will further action be taken?

Mexico have now been fined on several occasions, with the chant in question being heard at the 2014 and 2018 World Cups, and further punishments are in the pipeline.

"I want to remind you of the disciplinary measures that FIFA is contemplating," De Luisa said after Mexico's two-game home supporter ban.

"It starts with fines, playing one or two games behind closed doors — which is what we're concerned with today along with the fine — deduction of points, losing matches and exclusion from a competition or tournament, and relegation as far as clubs are concerned. That's the situation today."

It remains to be seen if any sanctions will be imposed ahead of the Gold Cup final, with Mexico due to face United States on Sunday.