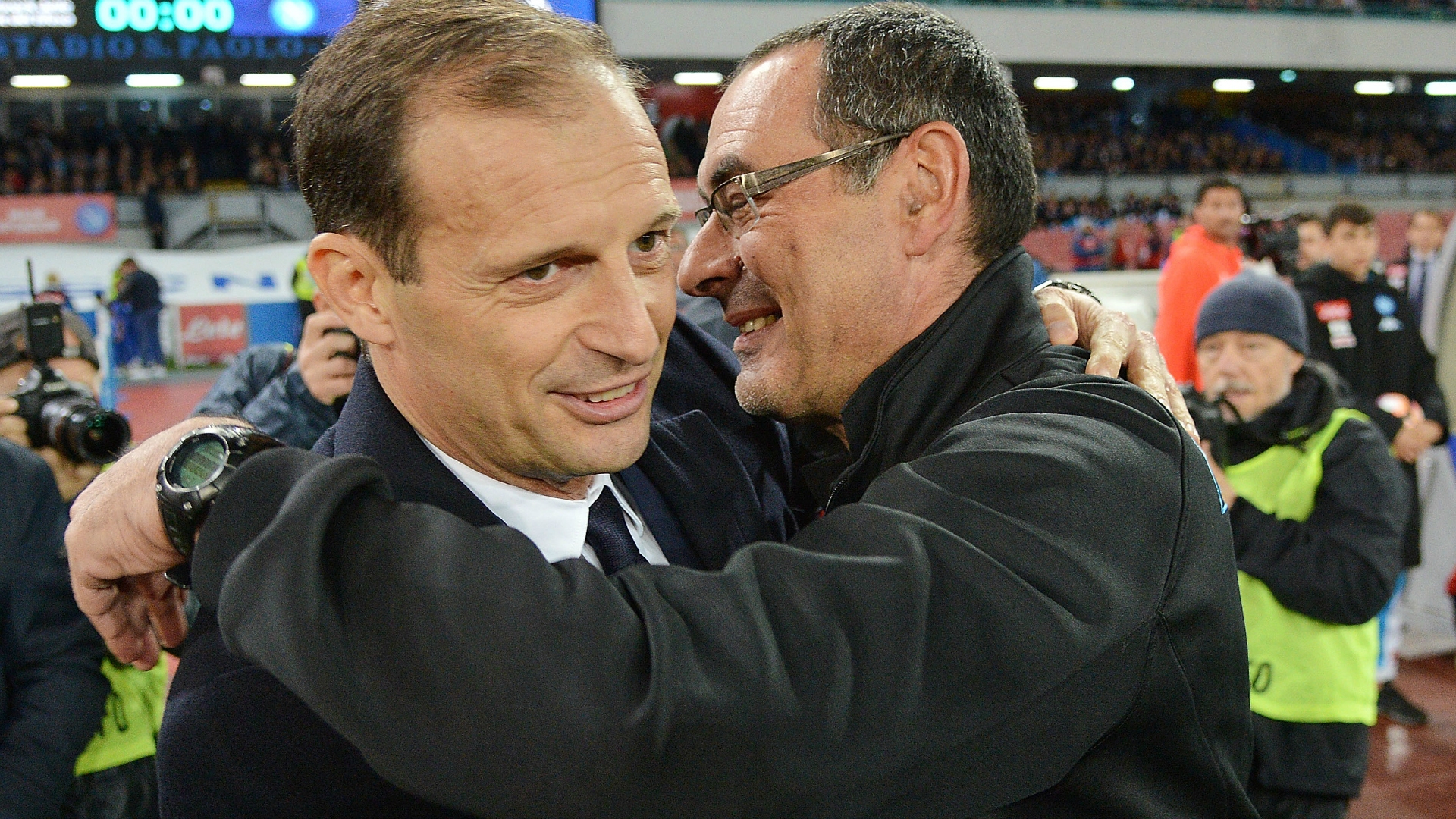 Juventus defender Leonardo Bonucci has compared Maurizio Sarri and Massimiliano Allegri, describing the former as "meticulous" and the latter as a "master" of in-game management.

Bonucci helped Juve win six consecutive Serie A titles during his first spell at the club between 2010 and 2017, spending three years under the stewardship of Italian tactician Allegri.

The Bianconeri suffered a heartbreaking defeat against Barcelona in 2015, before Real Madrid heaped yet more misery upon them two years later, but Allegri is still considered to be among the club's all-time great managers.

Allegri called time on his hugely successful spell in Turin last summer, and Juve drafted Sarri in from Chelsea as his replacement.

The 61-year-old was on course to deliver a treble when the season was suspended due to coronavirus in March, but his rigid selection policy and predictable philosophy has been criticised in some quarters.

However, Bonucci - who returned to Juve in 2018 after an ill-fated year at Milan - thinks Sarri has done well since stepping into Allegri's shoes and credits him for always pushing his squad to improve.

The Italy international told Gazzetta dello Sport: "Allegri is very good at managing the locker room in the most difficult moments of a season, to make the team understand how to manage the time of a match. He, in his five years, was a master in this.

"Sarri is meticulous, passionate about tactics, he likes to make the team play well. He also learned, in these months of Juve, what it means to be in the black and white world, where nothing is ever forgiven for failure.

"Since he is with us, I have seen significant growth. He has a great wealth of football knowledge but has been able to question himself, he has had the humility to understand the dynamics of this collective.

"I was pleasantly surprised, really. We have daily contacts, moments of confrontation. He is someone who wants to improve. I want to improve by understanding his football, which is original, different from what I've known before."

Italian football is set to get back underway on June 12 following the easing of lockdown restrictions across the country, with Juve set to face Milan in the second-leg of their Coppa Italia semi-final tie. Serie A is scheduled to resume eight days later, and Bonucci is hopeful that there will be no more delays after three months of uncertainty.

He added: "I hope it will arrive at the normal end of the championship. If it were not so, a lot of stories, controversies, appeals would arise. I am not in favour of other hypotheses. If you stop, better finish it there and do not assign anything. Hopefully we arrive on August 2nd and announce a winner. Hopefully it's Juve."