Sunday's events brought shame on the Albiceleste's clash with Brazil, but underlined the PSG star's new-found comfort as his team's voice and defender

While chaos reigned at Arena Corinthians on Sunday, one man stood out in his attempts to bring order to proceedings.

Shirtless and, for some inexplicable reason, wearing a photographer's vest, Lionel Messi stormed from one end of the stadium to the other, putting across Argentina's version of events and ensuring that Brazilian authorities' efforts to apprehend four of his team-mates would not prosper.

There might have been time to share a few jokes with both his colleagues and close friends from the other side like Neymar and Dani Alves, but the Albiceleste captain was for the most part all business, as he demanded to know the reasons behind one of the most scandalous events in recent South American football history.

“The whole world is watching,” he implored amid the confusion, eager as ever to take the field and do what he does best, just play football. “Either we all play, or none of us play.”

Ultimately the latter occurred, as Brazil and Argentina's World Cup qualifier was suspended after just five minutes, but Messi's status as the standard-bearer for an entire nation was not hurt in the slightest.

Indeed, the way he remonstrated with and cajoled the powers-that-be was reminiscent of a national hero of yesteryear, and that is perhaps no coincidence.

More and more, Messi appears to be stepping into that enormous vacuum left by Diego Maradona's passing - and it is a role that for the first time in his career, he is happy to accept.

Certainly, be it conscious or not, the transformation of the Paris Saint-Germain star since he pulled on Diego's Newell's Old Boys shirt in a touching gesture of tribute last year has been startling. 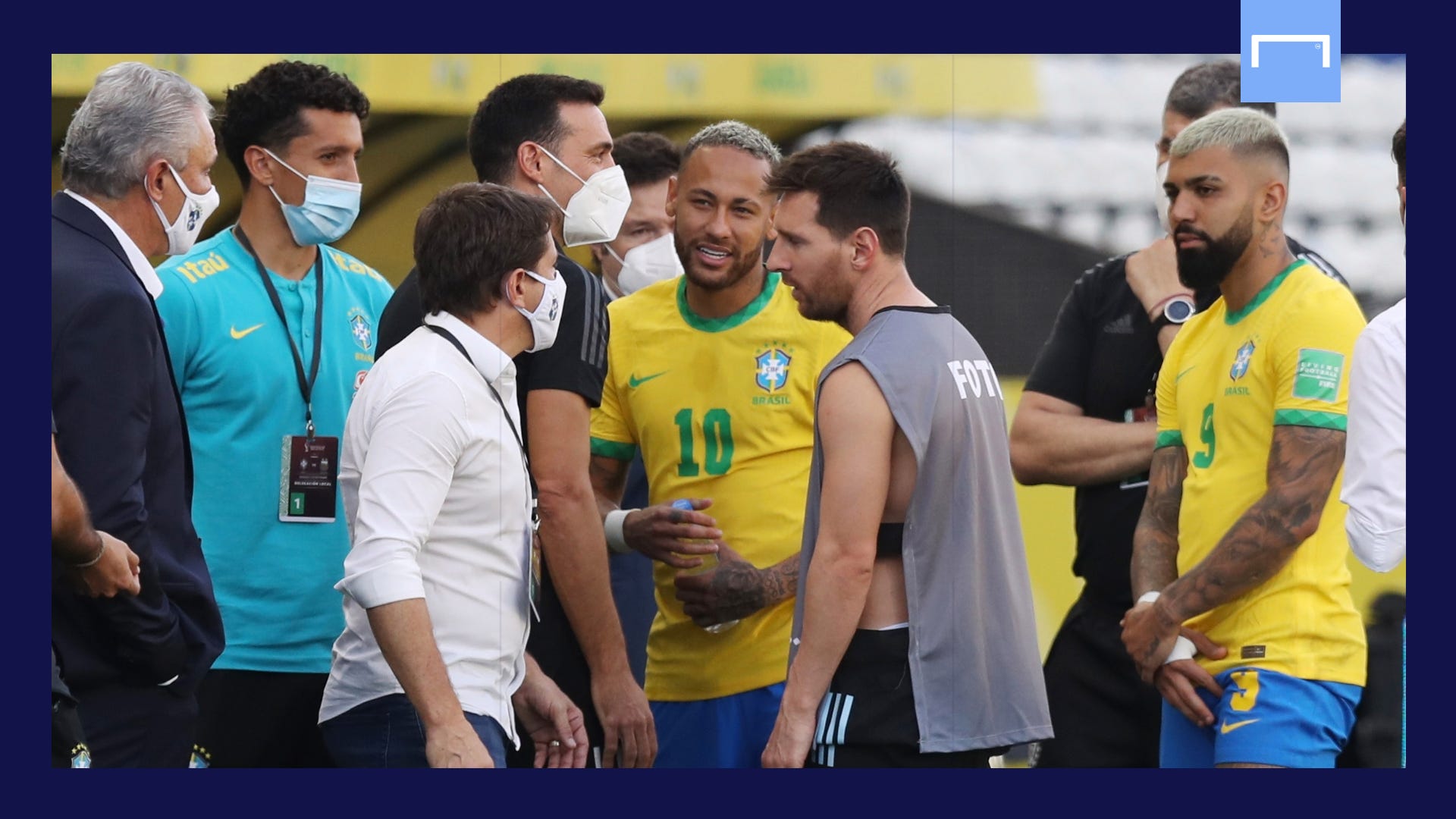 Within the confines of the game, of course, little has changed: Messi remains a formidable threat to any defence on earth, and at both club and international level he still delights in taking apart opponents of any shape and calibre.

The Rosario-born wizard's character, though, used to mark him out as a more subdued figure than his larger-than-life predecessor.

“With Messi you are always ready to applaud him, with Diego you used to be ready to celebrate,” veteran ex-Colombia coach Francisco Maturano explained to Super Deportivo Radio in one of the most eloquent comparisons of the two stars.

“Diego is a party, Messi is tenderness, he is science, an exquisite perfume. Diego is the neighbourhood.

“Diego was something else, the hometown boy, everybody's friend, he did not stop at leading us or giving us his perfumed football, but as a friend he was there to defend you at any time, you don't forget that.

“They are different people, with different sensibilities.”

To judge by recent events, that wonderful parallel may be losing strength. For years, Messi was almost a silent actor in international colours, which made his outburst against Brazil and CONMEBOL in the “corrupt” 2019 Copa America so shocking.

Two years down the line, that unforeseen conversion from shrinking violet to union shop steward seems to be complete.

Whether he is going toe-to-toe with the heavy-hitting giants of Colombia and matching their every insult, like back in July's Copa semi-final, or staring down health agents who dared to invade the pitch - his territory - and interrupt the game he loves more than anything in the world, this Messi, like Diego before him, refuses to accept disrespect or nonsense from anyone. 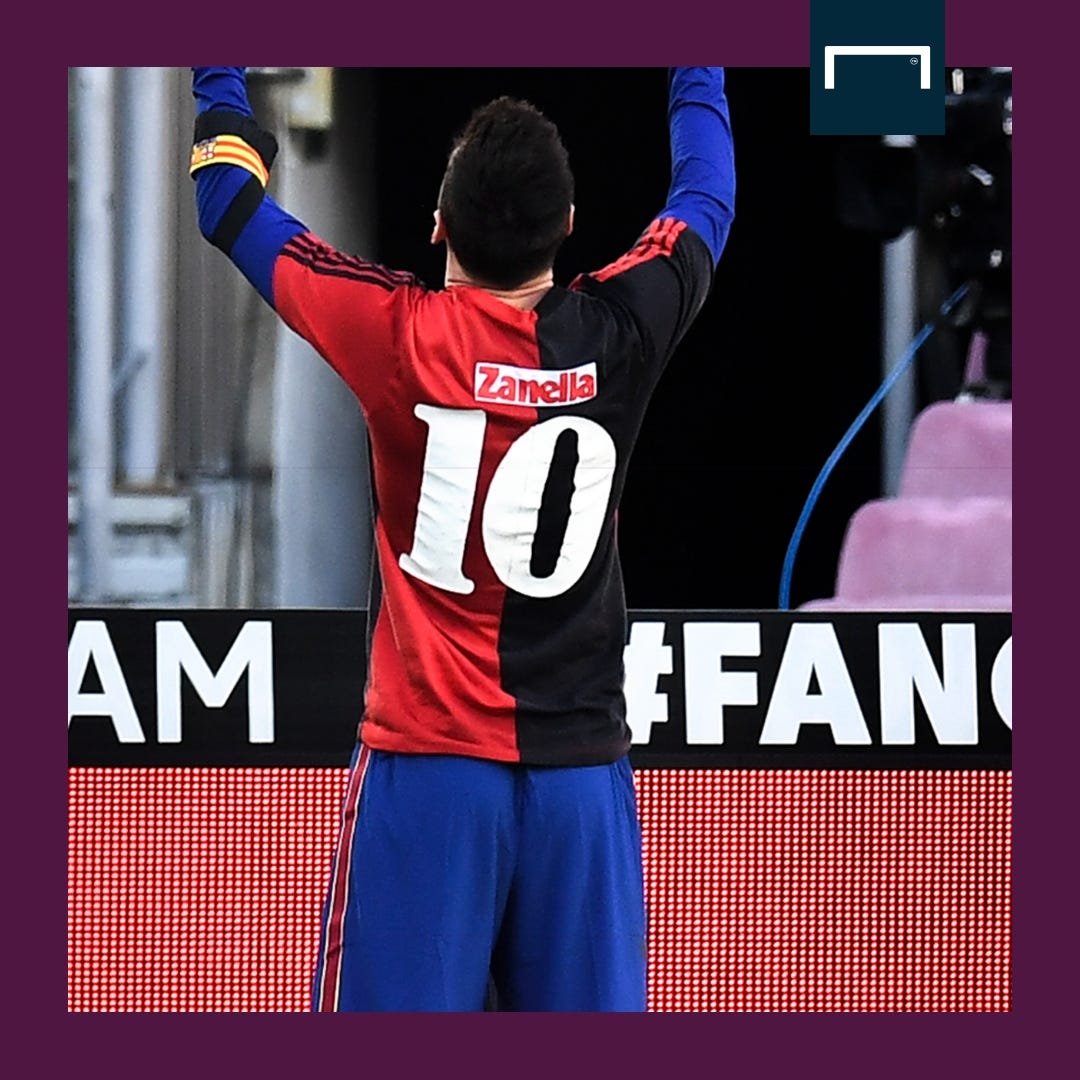 It would be too simplistic, perhaps, not to mention overly romantic, to attribute this phenomenon entirely to Maradona.

While Messi has been Argentina captain in name since 2011, for the first seven years of his tenure, Javier Mascherano was the Albiceleste's real leader on the field.

Following the Russia World Cup disaster, and with rookie coach Lionel Scaloni embarking on an ambitious project to rejuvenate the national team from top to bottom, Messi was forced to make a potentially unsettling realisation: that with Mascherano and much of the rest of the old guard gone, he was now the senior figure everyone would turn to in moments of crisis.

To say he has succeeded in that task is an understatement.

In just two years, a team of talented but mostly untested youngsters has been crowned champions of South America, will likely qualify with ease for the 2022 World Cup and must now be reckoned as one of the favourites to take the title in Qatar.

And while Messi's unworldly talents have much to do with this, his weight and inspiration as a leader should not be underestimated.

“He started to talk before the final and to tell you the truth, I can't remember the exact words because I immediately started crying,” Alejandro 'Papu' Gomez told La Nacion after July's Copa America final win over Brazil. “He said something about effort, our families... and the tears were running as if I were a baby.

“He is an absolute leader, a captain in every sense of the word. Because he shows it, he sets the example. People want to compare him to Diego, they want him to shout and fight, and Leo isn't like that. But if he has to do it behind closed doors, he does.” 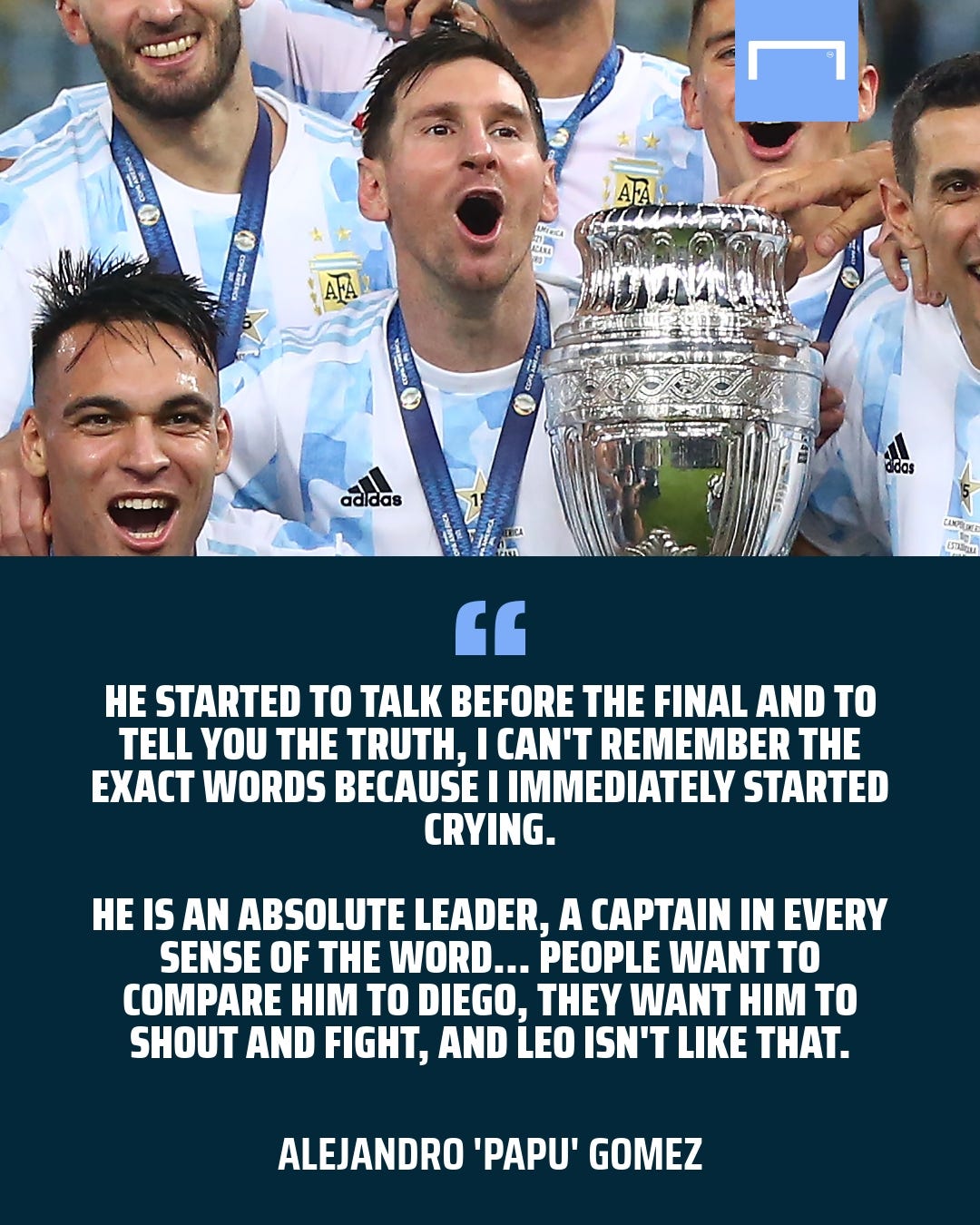 It is that example which has helped forge a sense of team and camaraderie inside the Argentina set-up which is, most probably, the strongest since Maradona's heyday in the 1980s and 90s.

It is why players like Emiliano Martinez and Cristian Romero, newcomers to the side, already seem like old hands at international football and are willing to risk the wrath of their Premier League clubs by travelling back home when most of the continent's stars stayed put.

And should the going get tough, like in Sunday's debacle in Brazil, Messi will not leave any man behind. His intervention ensured that all four of the players sought by health agency Anvisa made it back on the plane to Buenos Aires, where two at least – Romero and Giovani Lo Celso – are already gearing up for the next test on Thursday against Bolivia, the first match on Argentine soil open to paying spectators since the start of the Covid-19 pandemic 18 months ago.

When Argentina do take the field at the Estadio Monumental, one name will be ringing out louder than most from the newly crowded stands. “Ole, ole ole ole, Messi, Messi,” will be heard over and over again, a mark of admiration and respect for the man who delivered Copa success after so many years of disappointment.

But the chant will also denote the utmost respect for a player who has grown into the responsibility of becoming a leader on and off the field, and who just like his late predecessor at No.10, is now willing to carry the entire weight of a nation on his squat shoulders.